In a virtual launch event hosted from the team's UK base in Enstone, Alpine presented the new A521 car ahead of its race debut at the end of this month.

2021 will see the Alpine name make its bow in F1 after Renault opted to rebrand its works team as part of a restructuring of the group's companies and marques.

The team presented an interim livery in January, incorporate the red, white and blue French tricolore colours onto a black base design that was used for private test running with older cars.

Renault finished fifth in last year's constructors' championship, but scored three podium finishes to mark its first rostrum appearances since returning to F1 as a works outfit in 2016.

Esteban Ocon will continue with the team for a second year, having picked up his maiden F1 podium with Renault last year at the Sakhir Grand Prix with a second-place finish.

Following Daniel Ricciardo's departure to McLaren, Ocon will be joined by two-time world champion Fernando Alonso for the 2021 season.

Alonso is returning to F1 after two years away racing in sportscars, IndyCar and the Dakar Rally, and will embark on his third separate stint at Enstone, joining on a multi-year deal.

PLUS: Has "hungry shark" Alonso timed his F1 comeback perfectly?

Alonso first raced for Renault between 2003 and 2006, winning the world championship in 2005 and 2006. After one season at McLaren, he returned for 2008 on a two-year deal before leaving for Ferrari.

The Spaniard was not present for the team launch on Tuesday after a cycling accident last month delayed his pre-season preparations. His first appearance in Alpine colours will come at the start of pre-season testing. 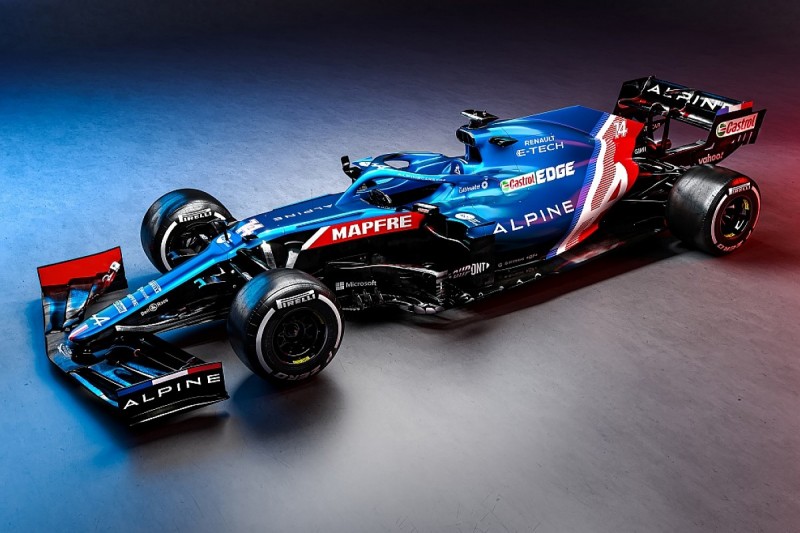 The Alpine squad has undergone a number of managerial changes following the rebrand, including the exit of former team principal Cyril Abiteboul.

Former Suzuki MotoGP boss Davide Brivio has joined Alpine as its new racing director, marking his first foray into F1, and will head up the team alongside executive director Marcin Budkowski. Both will report to newly-appointed Alpine CEO Laurent Rossi.

The Alpine A521 will make its first extended on-track appearance at the start of pre-season testing in Bahrain, which takes place from 12-14 March. 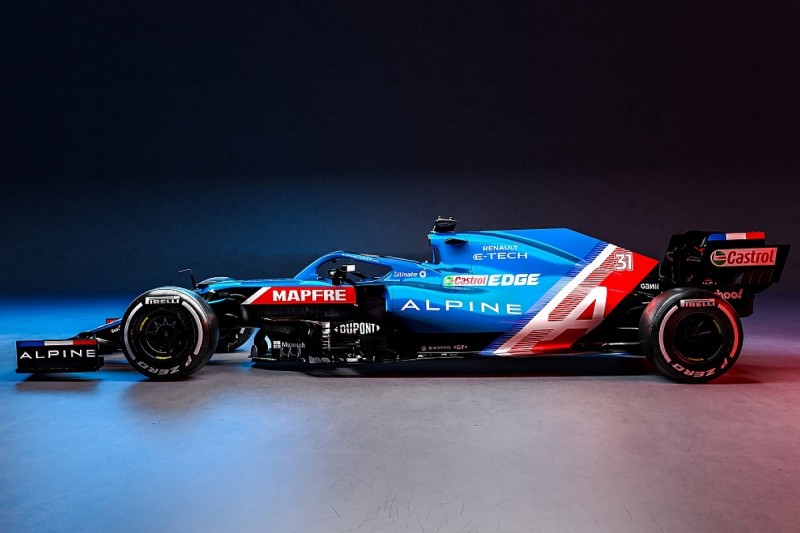