The AlphaTauri Formula 1 team has announced it will keep its current drivers Pierre Gasly and Yuki Tsunoda for the 2022 season.

The AlphaTauri Formula 1 team has announced it will retain its current drivers Pierre Gasly and Yuki Tsunoda for the 2022 season.

Having made his F1 debut with the team in its Toro Rosso guise in 2017, Gasly re-joined the Faenza team halfway through the 2019 season after being demoted by Red Bull, with Alex Albon going the other way.

After taking a maiden podium finish with second in the 2019 Brazilian Grand Prix, Gasly shone in the pandemic-impacted 2020 season and claimed his first Grand Prix victory at Monza, scoring points in 15 of the 17 races.

Japanese rookie Tsunoda replaced Daniil Kvyat as Gasly's team-mate for 2021 after impressing Red Bull and Honda in the junior categories, graduating directly to F1 after single seasons in Formula 3 and Formula 2.

While showing flashes of speed, earning praise from F1 boss Ross Brawn after finishing ninth on his debut in Bahrain, Tsunoda has also had his fair share of struggles and made some high-profile errors by crashing out of qualifying at Imola and Paul Ricard.

But AlphaTauri team boss Franz Tost indicated last month that he was keen to continue with both drivers in 2022, which the team has now confirmed.

“I’m pleased to announce today that we will keep both our drivers here at Scuderia AlphaTauri for the 2022 season," Tost said.

"Pierre’s development in the years has been impressive and in his time with us he managed to make it to all three steps of the podium. 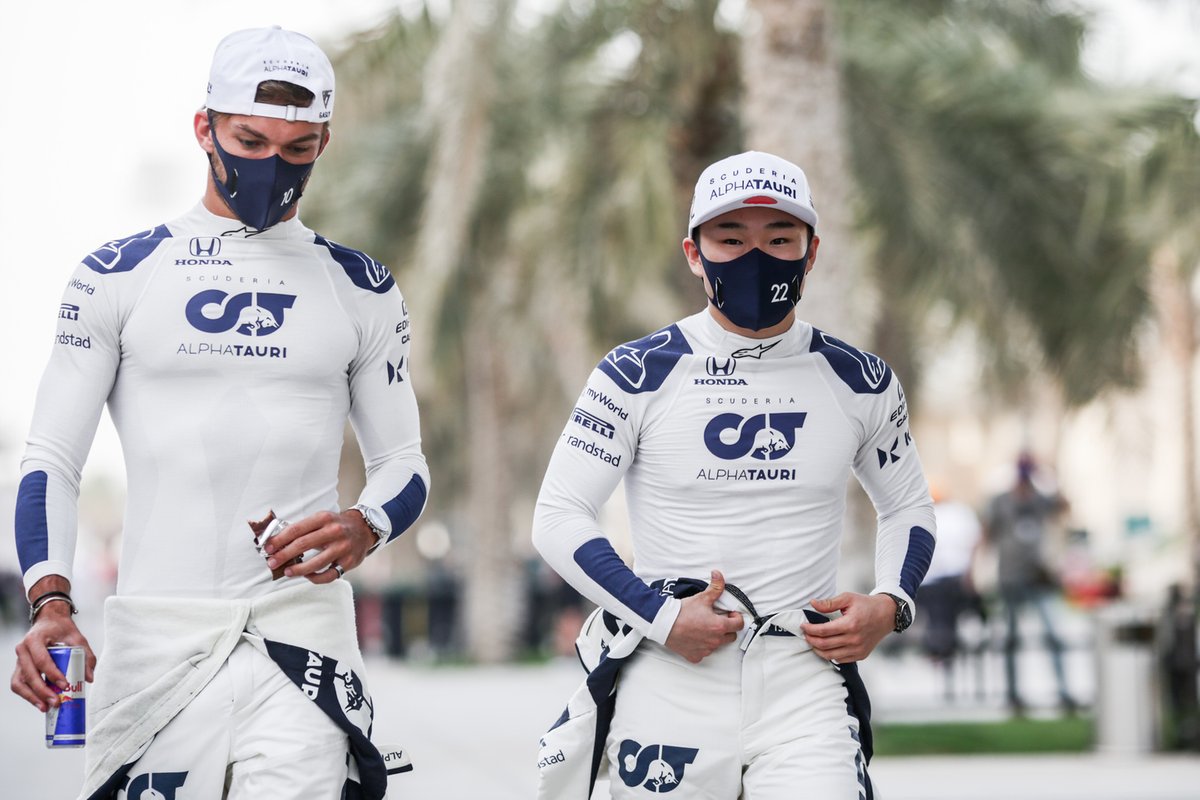 "I am confident there’s more to come and this is why we are excited to have him with us for another season. Furthermore, he is using his experience in F1 to help Yuki with his development.

"Yuki has joined the team as a rookie and is continuing to learn every day, the feedback from the engineers shows that he is absorbing all the information given to him and improving."

Gasly, who had been all but certain to stay at AlphaTauri after Red Bull's main team opted to extend Sergio Perez' contract alongside Max Verstappen, believes his team can achieve "great things" after enjoying a strong 2021 season in which he has already scored 66 points, holding eighth in the championship.

“I am very happy to be moving forward with AlphaTauri for another season in Formula 1, especially after seeing the progress that we’ve made as a team since I first joined in 2017," Gasly said.

"Seeing the performance we’ve shown so far this season, I think there are great things to achieve for the rest of this season and for next year, especially with the upcoming changes to the championship in 2022.

"I’m very excited to see what we can accomplish in the new era of F1."

Tsunoda added: "It’s an incredible opportunity and I’m so thankful to the team for letting me continue to grow my experience in Formula 1 with them.

"I have a very good relationship with Pierre, I have learnt a lot from him already this year and his experience has helped me to keep developing my own skills, so it’s great to be continuing my F1 journey with him."