Fernando Alonso says he has been “impressed” by Esteban Ocon’s dedication since becoming Formula 1 team-mates with the French driver at Alpine for 2021.

Two-time F1 world champion Alonso made his comeback to grand prix racing last month after a two-year absence, linking up with Alpine for a third stint with the Enstone-based squad.

Alonso has carved out a reputation for being particularly dominant against team-mates through his F1 career, notably seen in 2018 when he beat Stoffel Vandoorne 21-0 in qualifying head-to-heads over the year.

But Ocon was able to finish ahead of Alonso in both qualifying and the race at Imola in their second race together at Alpine. It marked the first time Alonso had been out-qualified by an F1 team-mate since the 2017 Malaysian Grand Prix. 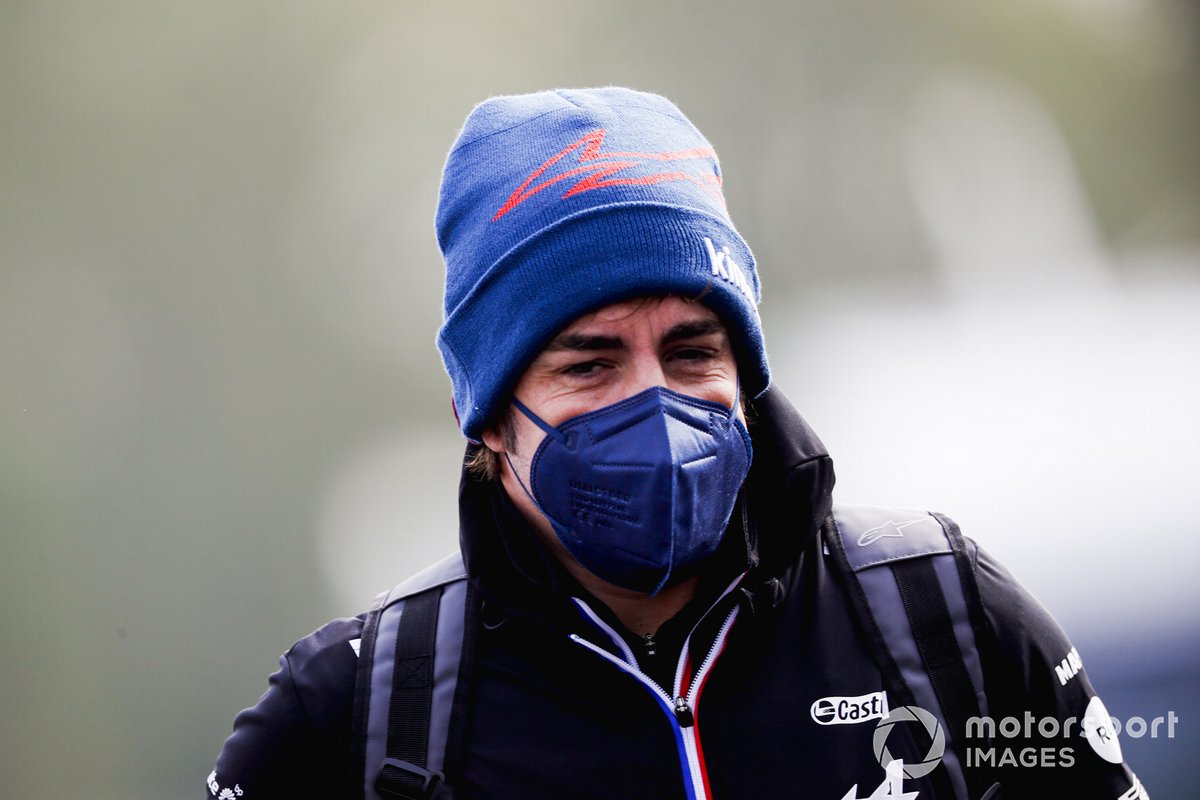 Asked by Autosport how he was finding working with Ocon, Alonso was full of praise for his young team-mate.

“Definitely I'm impressed and I'm happy to have Esteban alongside me,” Alonso said.

“He’s very professional, he works very hard, not only here trackside but also in the simulator. We shared a lot of stuff. While either of us is in the simulator, we try to be connected and work towards a better car.

“I know that he puts a lot of dedication into the team. It’s good for both drivers when you have a team-mate who works very hard, so he's doing that.

“At the same time you want to be as fast as your team-mate or a little bit faster every time. This time [in Imola qualifying] it didn't work into that way, but I will try the next one.”

Only three drivers - Jenson Button in 2015, Lewis Hamilton in 2007 and Tarso Marques in 2001 - have finished ahead of Alonso in the drivers’ championship when racing for the same team over a season.

Ocon said that he was relishing the opportunity to race with Alonso and learn from the Spaniard, who he has found easy to work with so far.

"It is great chance to work with a world champion next to me, he is one of the top drivers out there,” Ocon said.

“A lot of people have told me things about him, and what I am seeing from the inside, I am really enjoying the cooperation so far. Fernando has a lot of honesty, so when he says something, he means it.

“We have very similar comments about the car and it is working really well. He has been very nice with me so far and he was one of the guys I was looking up too when I was younger.

“It is very special for me to have a cooperation with Fernando, and I think it is going to be close all year.”