Alex Albon says he enjoys how small wins are celebrated at Williams following his spell with Red Bull and thinks the value of success is the main difference between the two Formula 1 teams.

Albon was promoted from Toro Rosso to Red Bull halfway through the 2019 season at the expense of Pierre Gasly, but just like the Frenchman he struggled to make an immediate impact alongside team leader Max Verstappen.

At the end of the 2020 season Albon was pushed aside in favour of Sergio Perez and spent 2021 on the sidelines, only to make a return this year with Williams.

While Williams operates at the opposite end of the grid compared to Red Bull, Albon says he has still been enjoying life at the Grove outfit.

Speaking to Autosport ahead of the summer break, Albon said driving for Williams has "shifted" his definition of success and explained he enjoys how much even scoring a single point means for the team.

"When there's a team that's looking to win, of course when you finish P6 or P7, that's not really a good thing. Whereas for us we're not really where we want to be this year but when we execute perfectly and the car is in its window, we can get points and we can fight up the midfield," Albon told Autosport.

"The main difference between changing teams is that value of success and what is a good weekend. Sometimes you can be out in Q1, but actually you felt like the lap was really good, like the car was good. You felt like as a team, you maximised everything.

"And you have to take that as a positive even if on reflection it may not seem to the outside like it was." 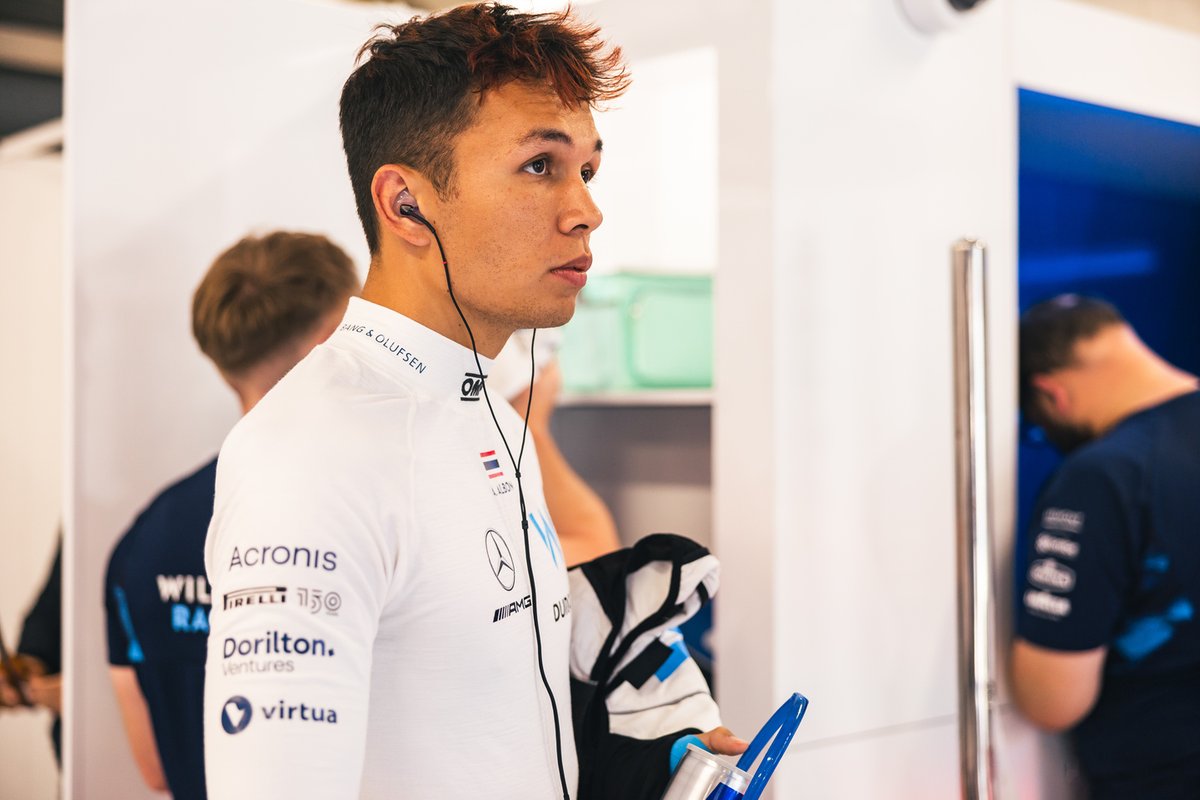 Having had to sit out a season, Albon has had to shake off the rust, but he thinks his comeback was made easier by the new regulations, which meant every driver started from scratch trying to understand the new machinery.

After outqualifying team-mate Nicholas Latifi 11-2 and scoring all of Williams' three points before the summer break, the Anglo-Thai driver feels he's had a solid first half of 2022.

"I feel like it's gone really well," he added. "Of course, having a year out and not being in the car, inevitably - especially through testing and the first couple of races - there was a little bit of feeling like finding your feet.

"But I have to say even with that, I still felt as prepared and as ready as everyone else around me. Because I think with the change in the rules it all started to level itself out quite a lot.

"It's very hard to say where the limit is relative to last year. I mean, it's a completely different car, you can't really make comparisons.

"But I do feel like there's been cases where we've got points at times when we had no reason to be there and they're the races that really mean a lot."

While Albon, who has extended his contract with Williams for 2023, acknowledged racing for the team comes with less pressure than fighting at the front of the grid, he felt most of the pressure is still self-imposed.

"You could say there's less of a spotlight. In terms of expectation or pressure or anything, there's less noise, but at the same time the criticism at least always comes from within," he explained.

"I've said that before. I'm my harshest critic. It sounds bad but I don't really care what people say, it's really kind of self-evaluation on that side.

"There's maybe less of the noise, but at the same time I'm always - I'm gonna say - not happy."