Albon: Toro Rosso Formula 1 team not getting what it deserves in 2019

Alex Albon believes Toro Rosso is not getting the results it deserves in Formula 1, and has the potential to be higher than ninth in the constructors' championship

Although the Faenza-based team had looked strong throughout practice and qualifying at the last race in Azerbaijan, Albon and team-mate Daniil Kvyat were unable to turn their best grid slots of the year into points.

Albon lost ground after a lengthy first stint and finished 11th, while Kvyat suffered a slump of pace in the opening laps before a recovery was cut short when he was reversed into by Daniel Ricciardo in a bizarre escape road incident.

Kvyat retired one race earlier in China as the team elected to save its Honda engine after damage from a clash with the McLarens of Carlos Sainz and Lando Norris on the first lap of the race caused damage. 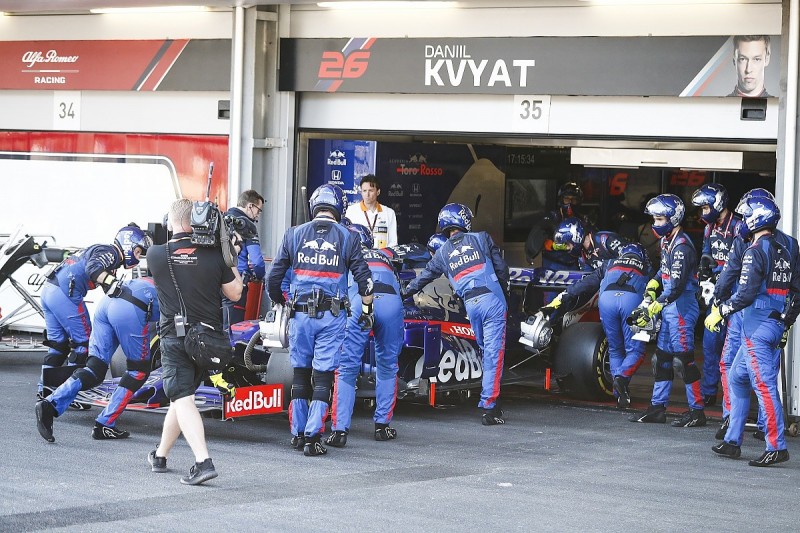 Albon is clear that the team has more potential than it had shown so far after three top 10 finishes between the two drivers in four races so far.

"I think at the minute we're just not really getting results we deserve," explained Albon.

"We've been qualifying good. Daniil proved it [in Baku], that the car is quick in qualifying.

"And it has been quick previous to that in the other races.

"Our issue really has just been always having one thing or another - so things not going our way.

"We don't have the points that our pace shows.

"There are definitely missed opportunities, because I think the points [situation] doesn't look great.

"But I am sure we can fight back.

While Albon's hopes of points in Azerbaijan evaporated after a lengthy first stint left him too far down the order to recover, he reckons that Toro Rosso was also perhaps flattered a little by getting up to speed in practice earlier than others.

"I think maybe everyone caught up," he said.

"The car felt good the whole race [in Baku] and I was happy with the balance.

"McLaren definitely stepped up from Friday and then the people around us, we knew that we were quite close with them, and I think our pace was also similar [on Sunday], to be honest.

"But track position is key, and I think when we did stay out, two laps extra I think it was, we lost like four or five seconds a lap, so that's 10 seconds.