Alex Albon hailed Spa as one of his best races in Formula 1 after fending off a train of five cars in the closing stages to score a point for 10th.

Albon started sixth after reaching Q3 and benefitting from other drivers getting penalties, and found himself clinging to the points-paying positions during the race.

Albon came under pressure from Aston Martin’s Lance Stroll at the start of the final stint, but the impressive top speed of the Williams meant he could keep the Canadian at bay.

As Stroll struggled to find a way through, he was caught by Lando Norris, Yuki Tsunoda, Zhou Guanyu and Daniel Ricciardo, all of whom had DRS on the car ahead.

But Albon held on to finish 10th ahead of the train of cars behind and score his and Williams’ fourth point of the 2022 season.

“It was, in my opinion, one of the best races I’ve had in Formula 1,” said Albon.

“It felt like that last stint just holding on, I couldn’t make any mistakes, or else we were going to get passed straightaway.

“But the top speed saved us a little bit, and I was glad I saw the chequered flag.” 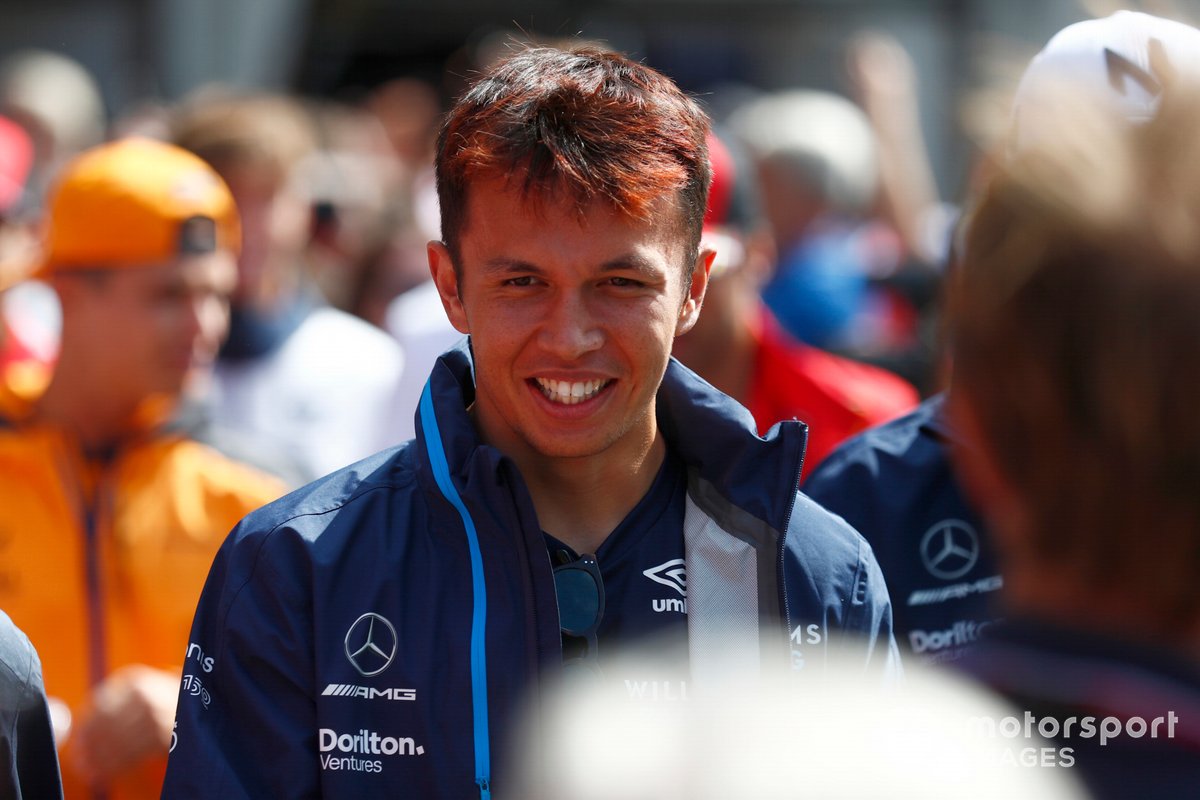 Albon was unfazed by the growing number of cars in his mirrors, saying: “The more I saw, the better I felt.

“I was like, you know what, the train is forming, that’s nice, that means everyone has got a bit of pressure themselves. When it’s just you and the car behind, they can afford to drop back, they can come back at you, do different things.

“But when there’s a train, everyone has to follow the speed and they can’t afford to cool the tyres down or the brakes, whatever it may be.

Albon also managed to squeeze into the points in both Australia and Miami thanks to unconventional strategies, but he felt that Spa had been “almost a pure race” that serves as a boost for Williams moving forward.

“We were on the same strategy as everyone else today, and we couldn’t be as creative just because the deg was so high today.

“So it was one of those things where it felt like, maybe it wasn’t my best race, but it felt like considering what we had and the pace that we had today, to get a point was a really good job.

“It’s great for the team and for everyone, that’s the positivity that we need to take on with us into the next few races. It give us good confidence going into races like Monza and these low downforce tracks.