Alex Albon will race in Formula 1's Singapore Grand Prix with a special helmet designed by Thai orphans, with the helmet being auctioned off for charity to support the orphanage.

The Anglo-Thai driver has been supporting the Wat Sakaeo orphanage near Bangkok since his move to Williams as team boss Jost Capito's brother Volker, a long-time Bangkok resident, happens to run a charity that supports the orphanage.

That relationship led to a visit by Albon earlier this year and his pledge to help support the Iceman Charity's push to renovate the orphanage's sports hall, which will be renamed Alex Albon Sports Hall upon completion.

To help fund the project, Albon will race in this weekend's Singapore GP with a helmet designed by the orphans, which will then be auctioned off with all proceeds going to the orphanage.

"They are basically raising money for their sports hall and it was up to them to design a helmet for me," Albon said. "There were about 200 kids that got involved and they all had a go.

The quirky, light blue helmet features a big smile and several small drawings on the front.

Another child designed the top half, depicting orphans holding hands around Albon's personal logo, while the side of helmet features an elephant, an important element of Buddhism and the national animal of Thailand.

At the back there's a drawing of Albon alongside two orphans wearing red shirts, a memento of the Williams driver playing football at the orphanage with the children, many of which were Liverpool fans.

At the time of writing the helmet has already received 26 bids, with the current bid exceeding £8000. The auction, which is hosted on the F1 website, runs until 11 October. 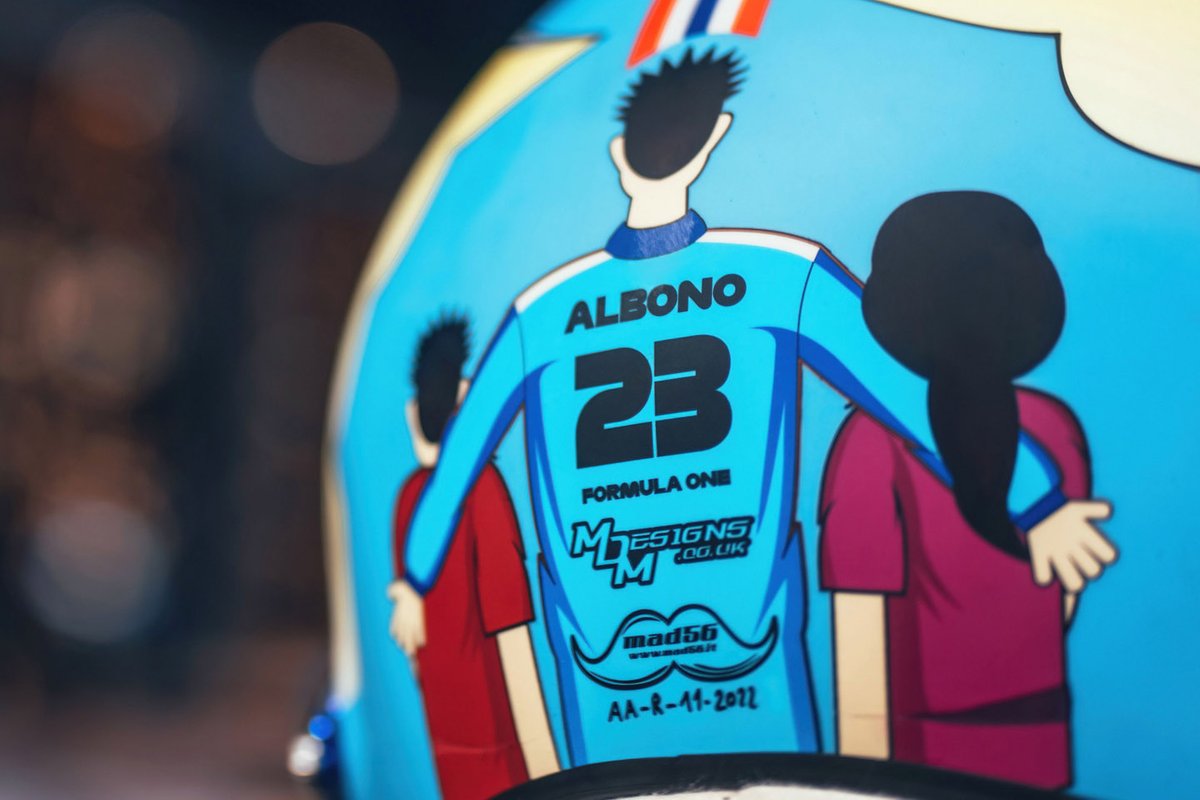 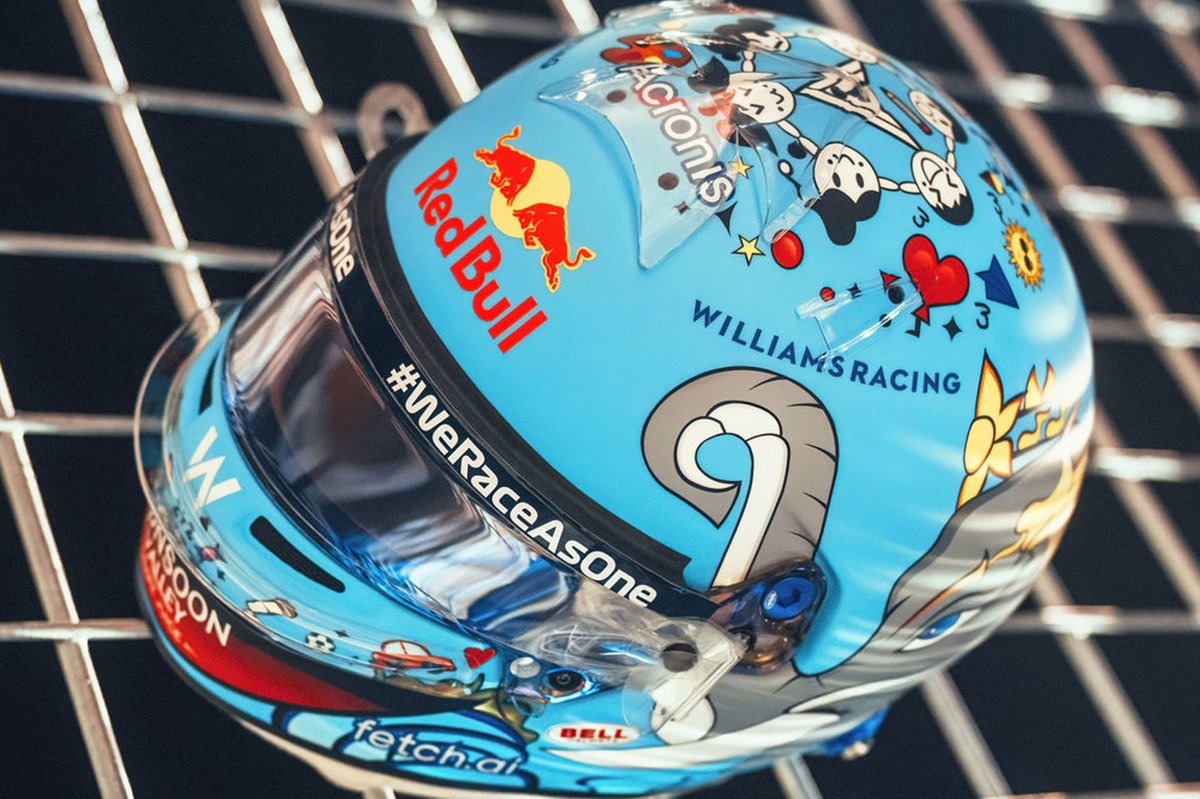 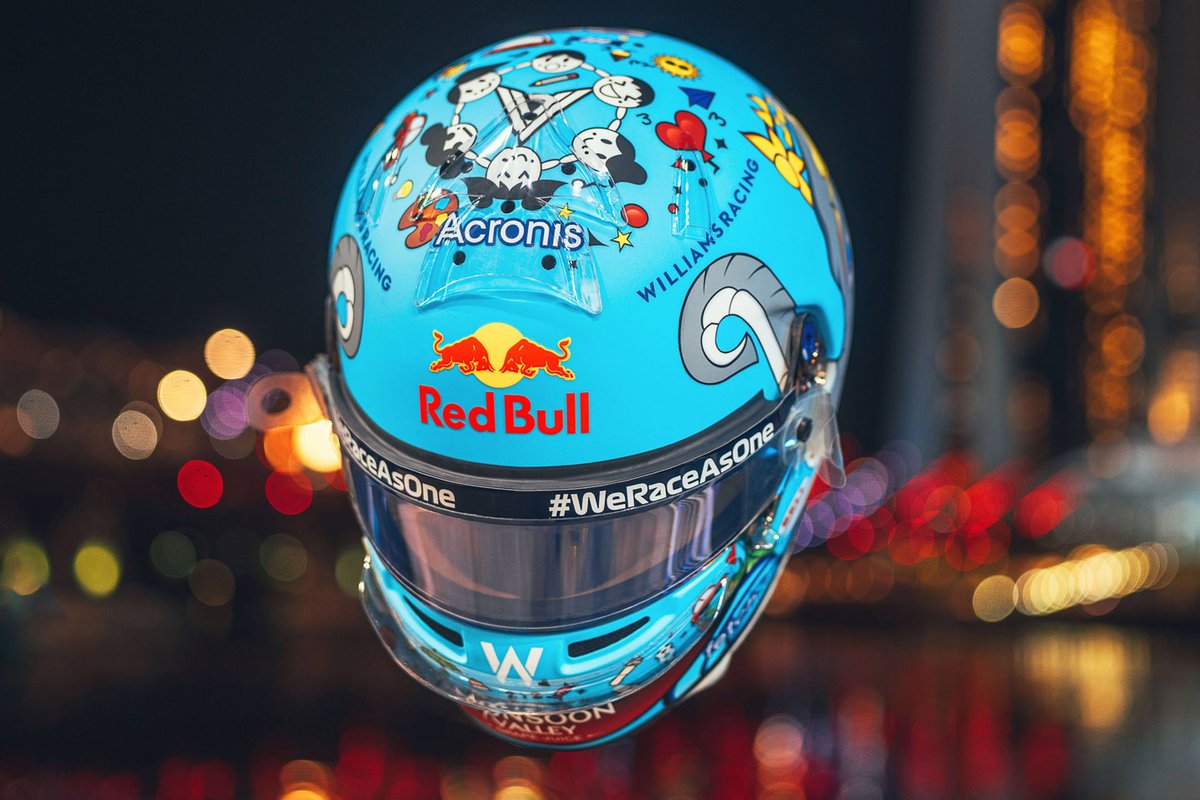 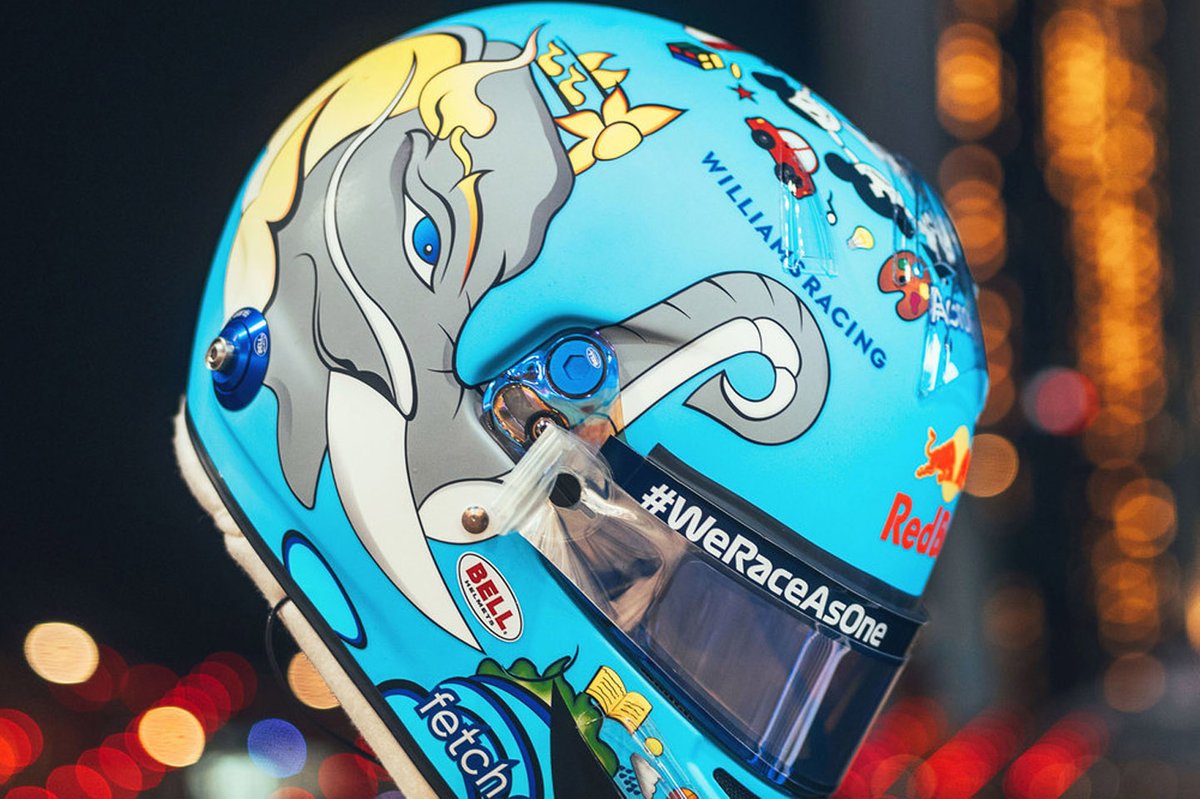 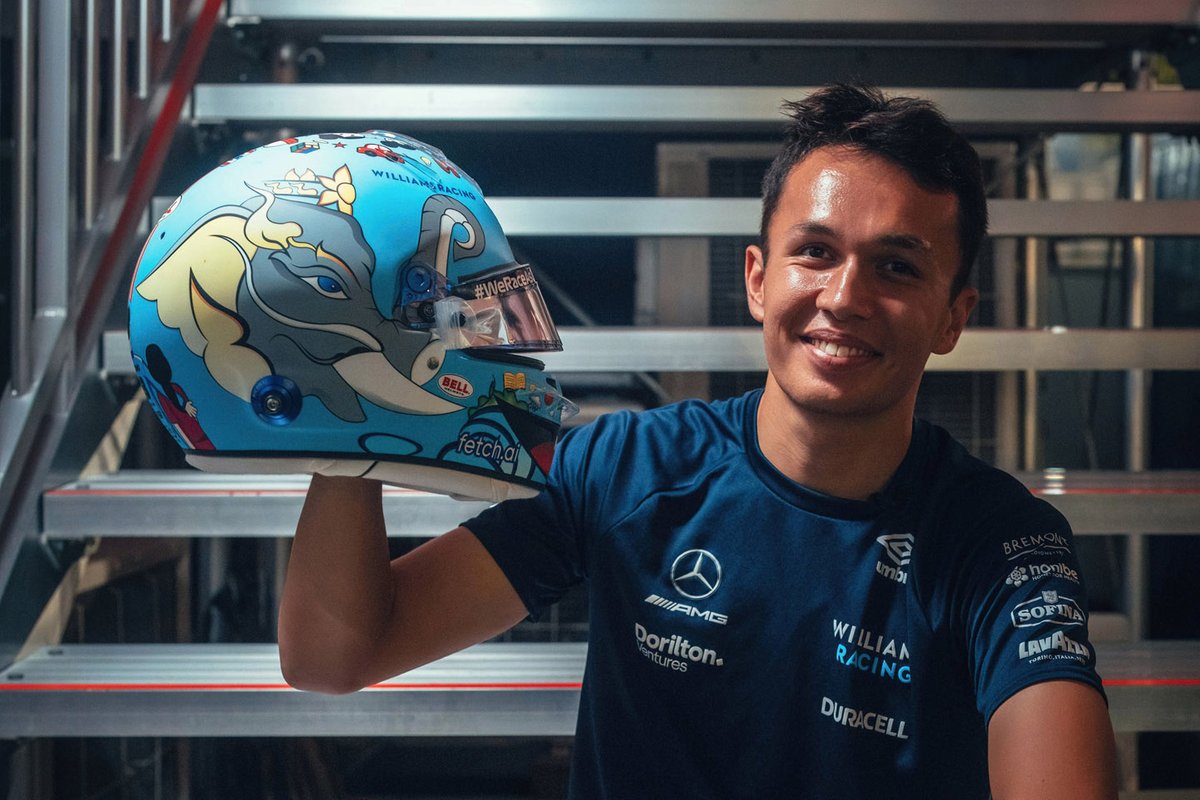 When speaking with Autosport earlier this year about his charity push, Albon said he realised he was in a great position to help and felt it was an "opportunity to do the right thing."

"I'm quite shy and public things aren't my favourite things to be doing. But I do feel that there's an element of responsibility to be able to do good," he explained.

"I do feel very much Thai and I want to do more and more projects that can give opportunities to people, to children, to whoever it may be in Thailand.

"Obviously, I feel like I'm in a great position to try and help. It's an opportunity for me to do the right thing. We've been able to donate quite a lot of money and we're not stopping, we want to keep going."

Albon returns to the Williams cockpit after missing the Italian GP due to appendicitis. Complications from the procedure caused Albon to suffer respiratory failure, which led to a stay in the intensive care ward.

But three weeks on from his health scare, Albon says he no longer feels any pain and is "as fit as I can be".