Red Bull had been expected to emerge as the main threat to Mercedes this season, but a combination of windtunnel correlation issues and an aero-efficient concept that did not produce enough downforce has hampered its efforts.

The team introduced a big update for the Spanish Grand Prix that appeared to help it close the gap to the front - especially in qualifying - but it is well aware that even more progress is needed.

Newey's role in the F1 team had wound down in recent years, with roughly half his time spent on other projects such as the America's Cup and the Aston Martin hypercar.

But team principal Christian Horner said his star designer's influence had steadily increased once Red Bull's lack of competitiveness became clear in pre-season testing and he attended his second grand prix of the year in Spain last weekend.

Asked about Newey's presence at Barcelona, Horner said: "He has just been listening very carefully to what the drivers have been having to say and it is a bit like a trip to the doctors.

"He has been very keen to understand what the drivers' feedback and comments are, and I am sure he will be looking to evolve this package accordingly.

"[Over the winter] he has been involved 50% of the time in the background of this car, but since the Barcelona test he has been very involved. I think that will continue for the time being." 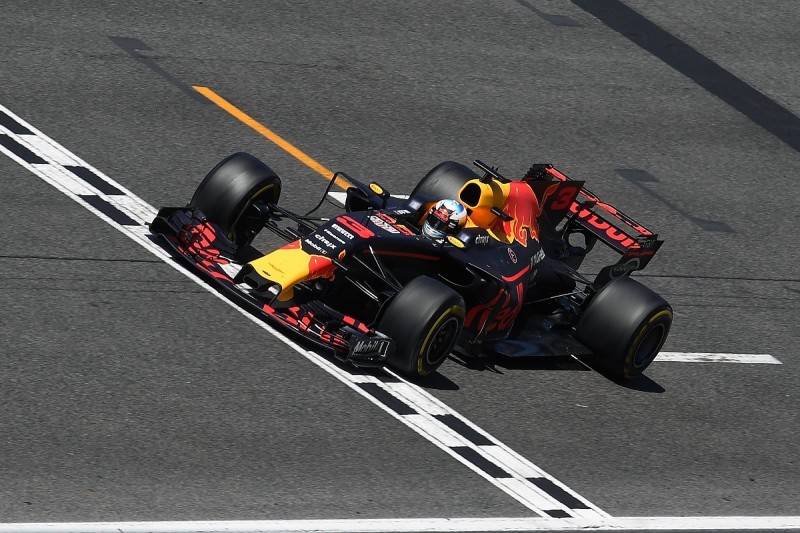 Newey's availability for a bigger F1 role is possible because prior commitments on Aston Martin's hypercar project have eased off for now.

"He hasn't wound them [the duties] down but, within a cycle, his element is now done or is coming to a conclusion," said Horner.

"It goes to the design world now. Obviously there are other iterations that he will be looking at later in the year, but for now the vast majority of [his efforts] have been heavily focused on F1."

Although Newey no longer wishes to work in F1 all the time, processes are still put in place that allow him to be a vital element of the project.

"He has obviously been involved," added Horner.

"He has sat in the meetings weekly, he has been very involved in this development of the car and the concept of this car.

"The design group is designed to accommodate the way that Adrian works in a fairly unique manner."