The Mercedes driver was fastest on the first runs in Q3 with a time of 1m34.828s. He then shaved a few hundredths off that time on his second run, posting a 1m34.779s to consolidate his position at the top of the timesheets.

Team-mate Valtteri Bottas was second fastest, 0.194 seconds slower, though he will have to serve a back-of-the-grid penalty for power unit changes.

This means Red Bull's Max Verstappen will start second having set the third-fastest time, 0.360s off the pace.

Charles Leclerc won the intra-Ferrari battle by beating Sebastian Vettel to fourth place despite not reaching the line in time to start his final lap.

He complained of Vettel slowing ahead, although Vettel himself was being backed up as drivers prepared for their final quick laps.

Vettel did not improve on his final lap, ending up 0.560s off pole.

Alex Albon was sixth fastest in the second Red Bull, nine-tenths off the pace.

All of the fastest six qualifiers will start on medium-compound Pirellis, except for Vettel who used softs to post his fastest Q2 time. 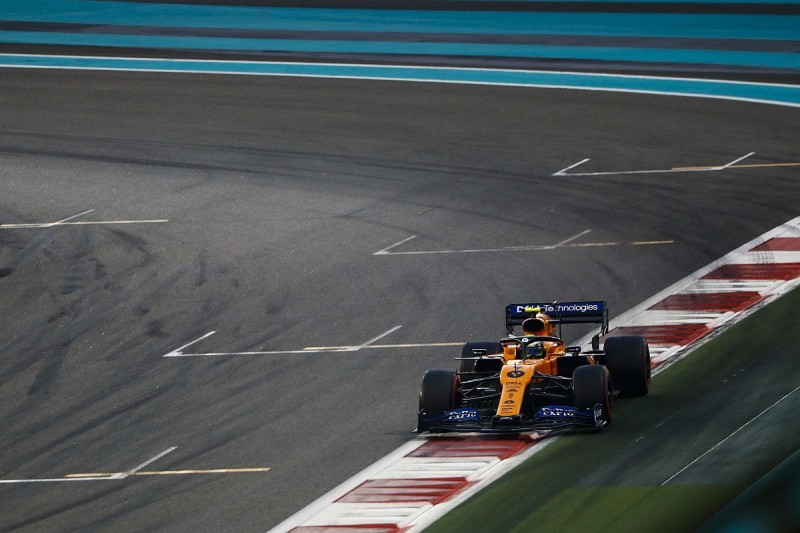 Carlos Sainz Jr was a further 0.003s down in ninth place, with the second Renault of Nico Hulkenberg a distant 10th.

Racing Point's Sergio Perez was eliminated at the last moment in Q2 by Nico Hulkenberg's late improvement after being pushed down to 11th - although Bottas's penalty means he will start 10th.

Pierre Gasly ended up 12th having briefly dipped into the top 10 on his final run before being relegated by Norris and Hulkenberg.

Haas driver Kevin Magnussen was 15th, over a tenth slower than Kvyat - who is being investigated by stewards for a potential unsafe release during Q1.

Romain Grosjean was quickest of those eliminated in Q1 in 16th place after being put into the elimination zone by Stroll at the end of the session.

Grosjean was vulnerable thanks to a poor first sector on his final lap, although he was still 0.341s away from reaching Q2, apologising to the team over the radio for something going wrong on the lap.

Alfa Romeo duo Antonio Giovinazzi and Kimi Raikkonen were 17th and 18th, with both briefly lifting themselves out of the bottom five in the final flurry of laps before being shuffled back.

George Russell made sure of a clean sweep in his qualifying head-to-head with Williams team-mate Robert Kubica by taking 19th place, just over half-a-second ahead of the one-time grand prix winner.

F1 will start to freeze elements of engine development after 2021