Although expressing a sense of relief that Mercedes' dominant campaign ended without controversy, he said Nico Rosberg's reliability problems meant it was not a perfect day.

"It's a relief now and that has really kicked in in the last hour," said Wolff of his emotions over the title decider.

"Although we won the championship, we knew that it was going to be a challenge to stay neutral and balancing out between the drivers. But now, that is over and it's a relief.

"But there is also a bittersweet feeling left. Lewis Hamilton won 11 races, and he deserved to be world champion. He had many downs and many ups and at the end he's a worthy world champion.

"The bitter part is that we have worked so hard to make the car reliable to enable the boys to fight it out on track.

"The fact that we had the problem with Nico's car means there is a bitter taste and we let him down a little bit.

"But from a rational point of view you could say that it was already difficult to really make it after he had not a perfect start."

HAMILTON PROBLEM WOULD HAVE BEEN 'BIG DRAMA' 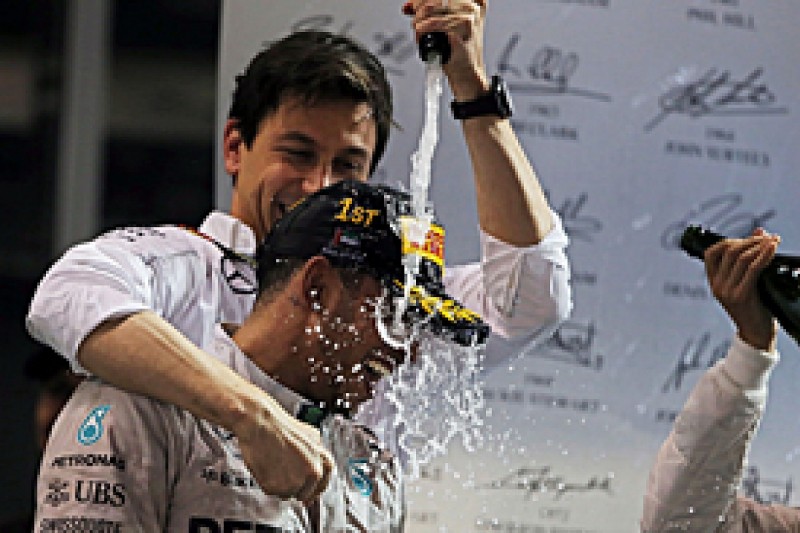 The fact that the finale was overshadowed by reliability problems left Mercedes very aware that the championship could have been decided by such faults.

Had it been Hamilton who hit trouble instead, leaving the way open for Rosberg to win, then it would have handed the title to the German.

When asked what that would have meant, Wolff said: "Nico not finishing for us is a personal drama because we expect to give them two cars to make it to the end.

"Nevertheless it doesn't make it any more acceptable to have seen Nico's car break down."