Alpine Formula 1 director Marcin Budkowski has revealed the departure of team principal Cyril Abiteboul was a "surprise and a shock to everyone" at the team.

Ahead of the 2021 F1 season the former Renault team was rebranded to Alpine, the French manufacturer's sportscar brand.

As part of the rebrand, the management structure of the Enstone also received an overhaul under new Renault CEO Luca de Meo.

PLUS: How Alpine's cure to 2021 rules starts at the front

Long-time Renault employee Abiteboul was let go from the company, with Alpine to be headed by the new brand CEO Laurent Rossi.

Speaking to French media at Alpine's launch of its 2021 challenger, Budkowski admitted Abiteboul's departure caused a "shock" within the Enstone team.

"It obviously was a surprise and a shock to everyone when we found out," Budkowski revealed.

"But we were ready for the season anyway, the project was very committed.

"Cyril, in his role, had been struggling to come to Enstone regularly anyway, thanks to COVID. His presence or absence didn't change the commitment of the project. 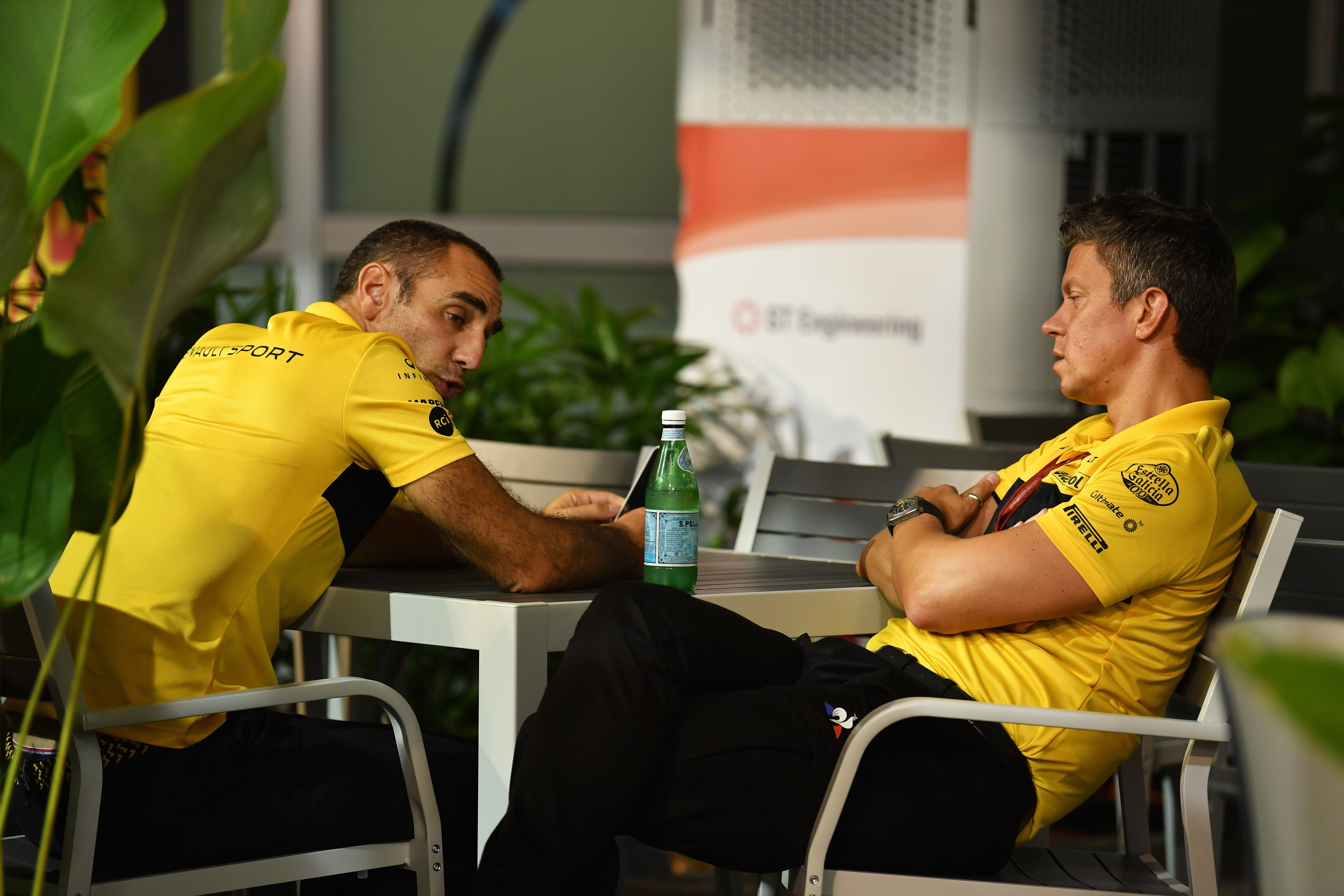 "Then we've had a new management team in place, Laurent [Rossi]'s arrival was announced.

Budkowski said Alpine's reorganisation was carried out quickly and that the team's goals remain unchanged, hoping to improve on its fifth place in the constructors' championship in 2020.

"Laurent recently came to Enstone for a few days, during which he met a lot of people, saw the car, saw the development project, and was briefed on what we're doing for 2022 too.

"We reorganised ourselves very quickly, we have a new team and we have clear, unchanged goals."

On Wednesday Alpine revealed a striking new livery on its Alpine A521 F1 car, which is draped in the French national colours of blue, white and red.

Esteban Ocon remains on board for the new campaign after impressing in the latter half of 2020, with Fernando Alonso coming out of F1 retirement to replace Daniel Ricciardo, who moved across to McLaren for 2021.