Formula 1 teams have agreed to a last-minute increase of 3kg in the minimum weight of the 2022 cars as they struggle to get close to the limit.

The limit for car plus driver increased from 752 to 795kg for this season in order to reflect both the change to 18-inch wheels and the introduction of new safety features.

However, despite the increase, teams still found it hard to get down to that limit.

One unexpected factor has been the need to beef up ground effect floors which in early testing proved more vulnerable to damage and flexing than their predecessors.

"What became clear is meeting the weight limit is going to be pretty challenging with these cars," he told F1 TV.

"There's a lot of new safety initiatives after the terrible accident in Spa a couple of years ago in F2, and the accident with [Romain] Grosjean, and one or two other things. So the weight limit, or the weight of the cars, increased."

With teams facing the extra squeeze of the cost cap, a further increase in the limit was requested in order to make it less necessary for them to devote extra funds to weight saving programmes.

Although some were pushing for a higher figure in the end a compromise of a 3kgs increase was agreed in order not to penalise whose who have got closer to the limit than others.

The change now has to be formally ratified by the FIA World Motor Sport Council.

"I guess that everybody's overweight," said Mercedes team principal Toto Wolff. "Everybody's trying to find out how much the others are actually overweight, and that's why there was a tiny little step that was made.

"For us, it is part of the competition to reduce the weight. What makes it different this time is the cost cap, that has been increased. But as long as it's the same for everybody, whether there is a weight reduction or not, we are we okay with that."

Ferrari's Mattia Binotto agreed that 3kg was a good compromise.

"At first, we should not forget that the current cars are a lot heavier compared to the last year," said the Italian. 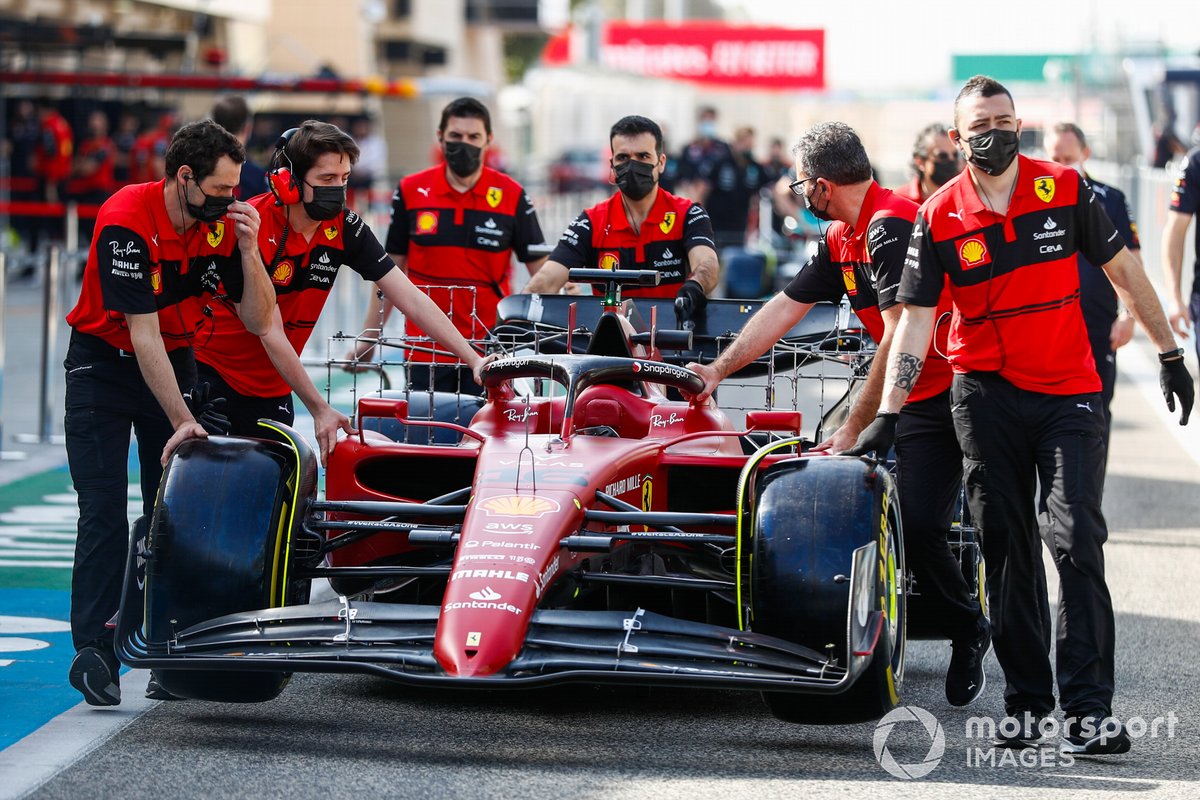 Mechanics in the pit lane with the car of Charles Leclerc, Ferrari F1-75

"And I think that increasing the weight is never good for the sport and the speed. So there have been discussions, and we are discussing to increase by 3kg the minimum weight.

"I think that's a good compromise among all the teams. But I don't think we should increase further, because finally as Toto said, it's an area of competition.

"I think for the future we should try to reduce and not increase the weight of the cars."

AlphaTauri boss Franz Tost stressed that teams had found it hard to get their first cars built to the new regulations down to the limit.

"Of course, it's always difficult, it's a completely new regulation," said the Austrian.

"These cars are very complicated, and to design everything to come really to the weight limit is a very, very difficult exercise.

"And as we can see nearly all the teams, or most of the teams, are overweight. The compromise which we found is good.

"It's also a question of costs, to reduce weight is really expensive. And as we have the cost cap I think the way it was decided was a good compromise between all the teams."