The Spanish Grand Prix hosts the fourth round of the 2021 Formula 1 world championship season on the 7-9 May.

With Lewis Hamilton extending his championship lead to eight points over Max Verstappen thanks to victory at the Portuguese GP last weekend, the Dutch driver will look to strike back immediately at the venue which has previously been the traditional home of F1 pre-season testing and is the current venue for the Spanish GP.

The battle between Mercedes and Red Bull is set to remain as the central focus in Spain as the F1 world championship fight intensifies, with the Circuit de Barcelona-Catalunya set to act as a useful reference for all F1 teams given its familiarity having acted as the pre-season test venue in recent years.

McLaren remains at the head of the midfield fight behind Mercedes and Red Bull, having opened up a small gap to Ferrari in fourth in the F1 world constructors’ championship.

The Spanish GP also marks the first time since the Bahrain round that the 2021 F1 calendar has reverted to its traditional schedule, following the COVID-19-enforced changes with races at Imola and Portimao to fill in for the postponed Australian GP and cancelled Chinese GP. 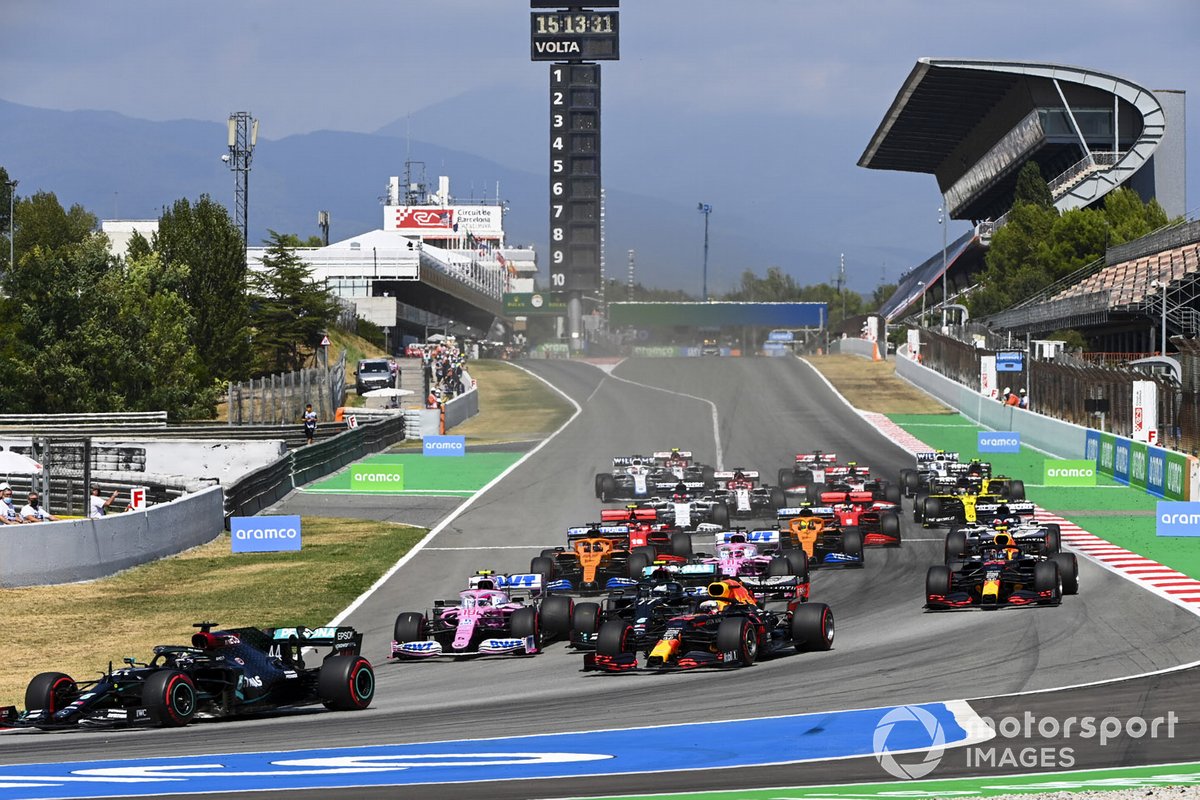 The Q1, Q2 and Q3 knockout-style qualifying format is also being retained on Saturday afternoon to decide the grid for the Spanish GP on Sunday.

Sky Sports has live and exclusive broadcasting rights in the United Kingdom with the build-up to the F1 race starting from 12:30pm ahead of lights out at 2:00pm. 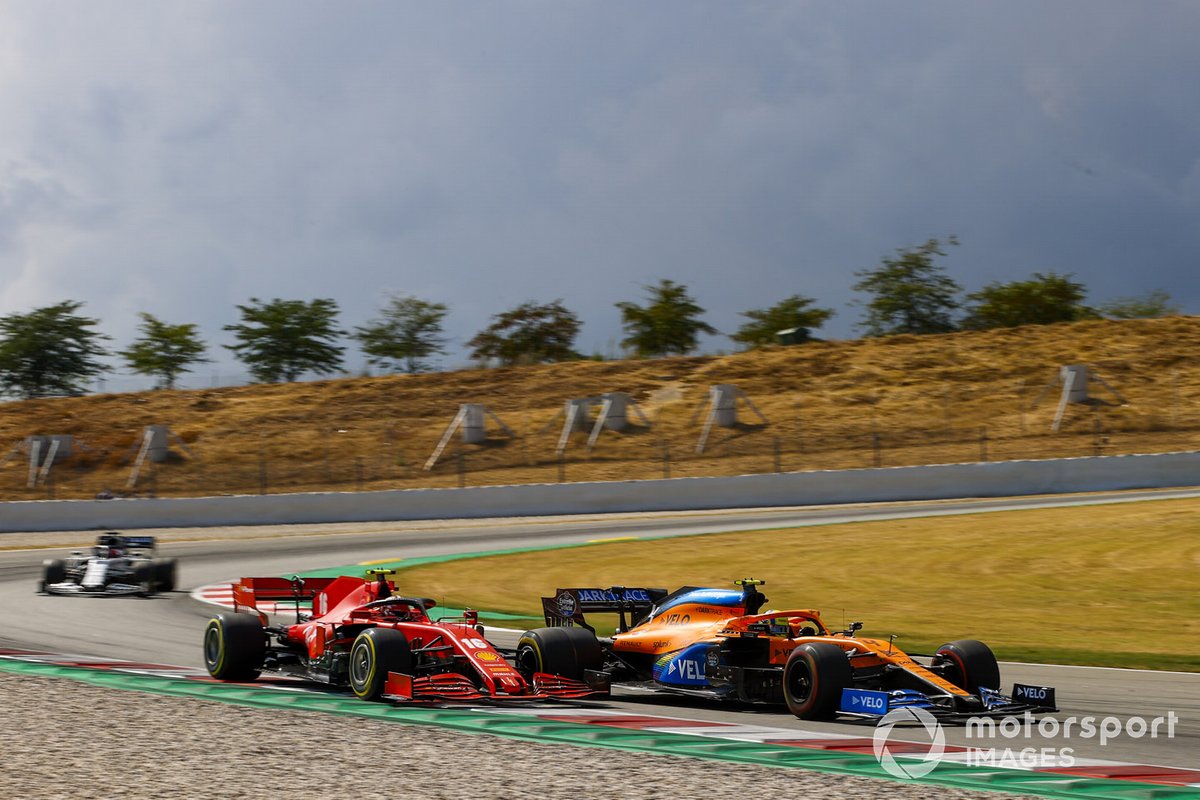 Coverage of the Spanish GP will start at 1:50pm BST on BBC Radio 5 Live Sports Extra, available on both DAB radio and the BBC Sounds app.

Weather forecast for the Spanish GP?

Montmelo is set for largely sunny conditions with some cloud on Friday, but dry and sunny conditions are forecast for the weekend, with a minimal chance of rain. Across the weekend highs of 23 degrees Celsius are predicted – around four degrees warmer than the hottest conditions at the Portuguese GP.