George Russell says he really appreciates receiving praise from Formula 1's top drivers, but treats the comments as "background noise" as he wants to prove himself on-track.

Since making his F1 debut with Williams at the start of 2019, Russell has never been outqualified by a team-mate, with his head-to-head record reading 35-0 after the Turkish Grand Prix.

Although Russell is yet to score a point in F1, his performances have led to praise from many of his peers, including world champions Lewis Hamilton and Fernando Alonso.

But Russell is refusing to dwell too much on the positive hype surrounding his start to life in F1, saying the greatest amount of pressure to perform comes from himself and not from others' expectations.

"I obviously really appreciate these comments, without a shadow of a doubt," Russell said when asked by Autosport what impact the praise had on him.

"It's almost background noise, really, because I know I have to continue to perform week in, week out.

"As fantastic as it is getting a pat on the back and praise from these guys, I've got to back that up with the job that I do on-track. 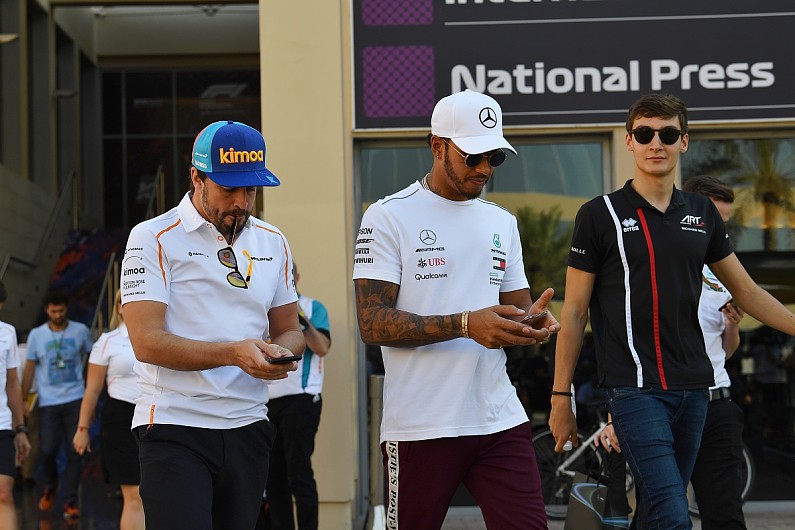 "I've always tried not letting comments like this get into my head. I'm doing this sport for myself and my family.

"The biggest amount of pressure I have is from myself, and not from anybody else."

Russell has been part of Mercedes' junior programme since 2017, and is widely seen as a future successor to either Lewis Hamilton or Valtteri Bottas at the German team.

Seven-time world champion Hamilton reached out to Russell following his crash behind the safety car at Imola to show his support for the youngster, telling him: "It's OK to make mistakes and it's OK to feel the pain."

Asked by Autosport about the message, Hamilton said he wanted to ensure Russell did not beat himself up over the mistake.

"What he's been able to do [is] similar to if you look at Alonso, a lot of the drivers coming in to one of the teams that are further back, having an opportunity to grow and improve and lead a team and make mistakes," Hamilton said.

"This year, it's just been great how he's handled everything and what he's done with that car to put it into Q2 quite often, and really delivering great results.

"[I'm] really impressed with his racecraft and how he's growing, and I really think he is the future.

"There are several drivers that are the future of this sport, but he's one of them that I'm really excited to see his progression.

"I've no doubt that he has the potential to be a future champion."