Ferrari has announced it will introduce further aerodynamic upgrades to the rear of its SF1000 Formula 1 car at this weekend's Portuguese Grand Prix, completing its 2020 development programme.

Ferrari has struggled for pace throughout the 2020 F1 season, languishing down in sixth place in the constructors' championship due to both aerodynamic and engine deficits.

In a bid to rectify its aerodynamic issues, the Maranello outfit has developed a wide array of upgrades, which it has rolled out over the past two weeks.

At this weekend's Portuguese GP, Ferrari will complete the set of upgrades with a new diffuser.

"We already introduced a few small modifications to the car's aero package in Sochi and added others at the Nürburgring," Ferrari's head of performance development Enrico Cardile explained.

"In Portimao we will have a further update, mainly to the diffuser, completing the programme set out over the past few months."

Ferrari's previous updates were deemed a relative success on the evidence of Charles Leclerc taking fourth in qualifying at the Nurburgring and finishing seventh, backing up a sixth-place finish in Sochi.

According to team boss Mattia Binotto the upgrades were not expected to deliver huge performance gains, but showed the Italian squad was heading in the right direction.

Cardile hopes Ferrari will "get confirmation" at Portimao that its development is "on the right track" after being plagued by correlation issues in the Maranello windtunnel.

"Indications from the past few grands prix are positive and we hope the same will apply this weekend," Cardile added.

"We have to consider that, more than ever this year, development is aimed at the following season. 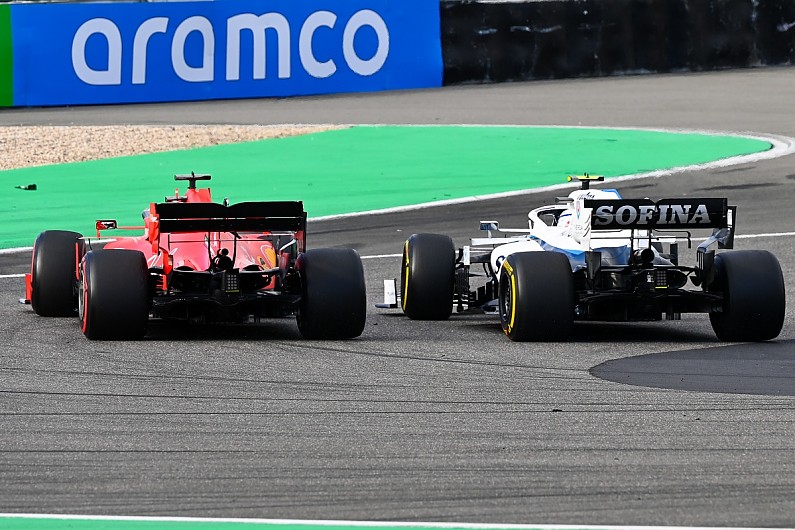 "All the same, we still expect to see a performance improvement with the SF1000. It would be very useful to at least find ourselves heading the group of cars and drivers currently fighting within just a few tenths for places four and lower."

For 2021, F1 teams are only allowed a limited redevelopment of the current car, which will also undergo a downforce cut as mandated by the tweaked technical regulations.

Ferrari confirmed earlier it will spend its entire allowance of two development tokens for the 2021 season on the rear of its troubled car.

Cardile explained that Ferrari, which is also working on a new power unit, is targeting a rear-end revamp because it "offers the biggest margin for improvement".

"I say that not just because it's the area of the car where pretty significant changes have been introduced in the technical regulations, but also we believe that because of the way our car is laid out, we could really make significant progress," the Italian said.

"That's why we've decided to spend our two tokens allowed in the rules in this very area.

"When we look at the standings, seeing ourselves down in sixth place hurts and we are well aware that it is not a position worthy of Ferrari.

"We absolutely want to improve, for us and for our fans who still support us with passion, even at difficult times like the ones we are going through now."