After some recent struggles, Ferrari has rolled out a phased upgrade package over the last two races.

It included a revised nose and plough design, a tweaked rear wing plus changes to the bargeboard area.

The revisions were not aimed at delivering a massive step forward in pace but instead were more about the team finding a good correlation between its factory work and what happens on track - something that had not always been perfect in the past.

However, Charles Leclerc delivered a morale boosting fourth place on the grid at the Nurburgring, although his hopes in the race were hit by a poor first stint where he suffered from excessive graining. He eventually finished seventh.

In the wake of some pretty big struggles in previous races, Binotto said that he takes encouragement from the fact that the team seems to be moving forward and understanding its car more now.

"I think we were not expecting a lot of difference," he explained about the changes. 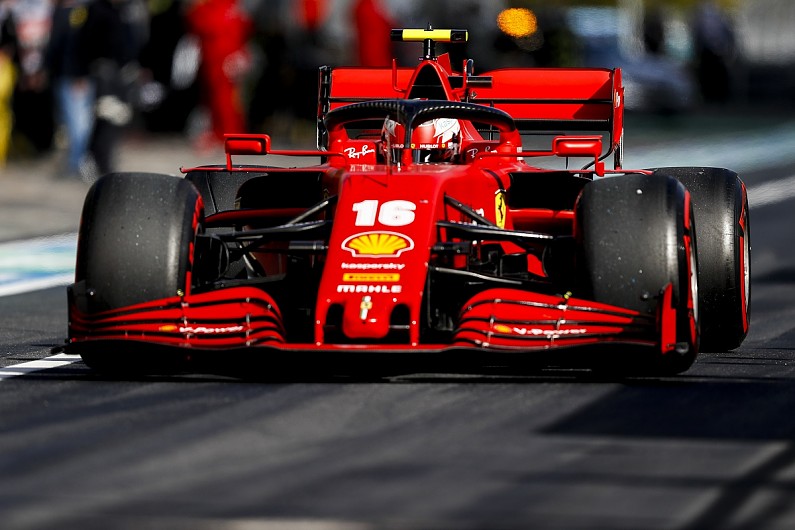 "It was a small upgrade and it was completing a package we started introducing in Russia.

"The positive is that it was correlating well with what we saw in the wind tunnel and back in the factory. And that somehow means we are moving the car in the right direction.

"There will be some more further upgrades during the remainder of the season, which will be as well important.

"And for us, what's key is the team developing the car, and more important, making sure the direction we are taking the car is the right one."

Leclerc said at the Nurburgring that he had been surprised Ferrari went so well there, with the circuit layout and cold conditions not expected to suit the team.

"Looking back at the weekend, I think there are quite a bit of positives," he said. "I did not expect to be so competitive, with the cold weather like that and the car was handling quite well. So this was positive.

"I think the smallest updates that we brought this weekend worked also in the right direction. It wasn't a massive step, but that was not what we were searching for.

"It was a small step going in the right direction. And this is also positive.

"Now we just need to understand why the first stint on the soft was so affected by graining, but I'm quite pleased with the way the weekend has gone."