Fernando Alonso says he is already embedded within Renault on Formula 1 race weekends, albeit in virtual form, to get him up to speed with how the race operation works.

Alonso conducted his first test for the team in 2020 machinery at Barcelona on Tuesday, as he prepares for a return to F1 next season having left at the end of 2018.

However, since signing with Renault earlier in the season, Alonso has also been involved in the strategy meetings and debriefs that the team has to ensure he is familiar with the team's working methods on his return next year.

"Of course, I watch all the races from home," said Alonso.

"So I know what is happening every weekend. The results are getting better.

"The podium in the last race was I think a very deserved podium finally, for the hard work." 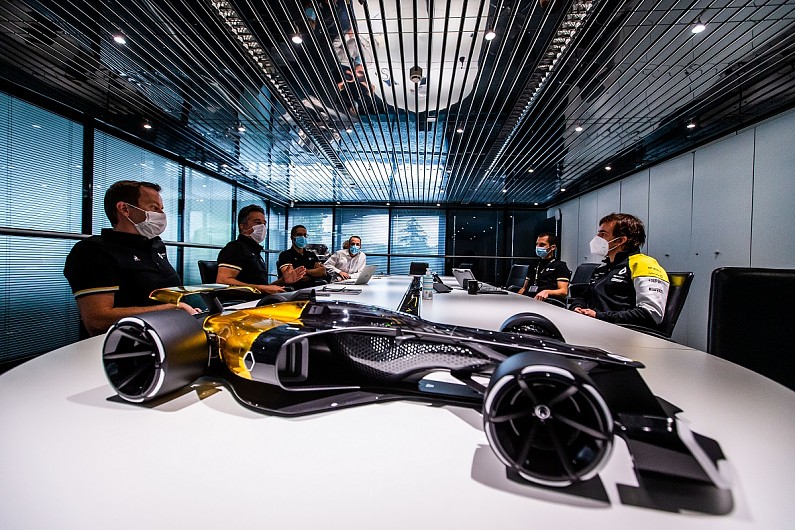 Asked about prospects for next year he repeated his earlier assertion that he doesn't expect a big change in the status quo, and that his real ambitions lie with 2022, and the new regulations.

F1 teams will carry forward their cars from this year into 2021, although there will be mandated changes to some of the aerodynamics to reduce the overall downforce.

"We all have high hopes inside the team, looking at the team's progress in the championship, and the positions on the weekends," Alonso added.

"At the same time we also have to have the feet on the ground, knowing the regulations will be more or less the same until 2022.

"We know that the deficit the midfield teams have this year will carry on next year.

"With our feet on the ground and a lot of positive energy and optimism for next year I think we have a great team, talented people in the team, great sponsors, a lot of fans around the world.