Albon arrived in Russia looking to build on his maiden F1 podium at the Tuscan Grand Prix two weeks ago, only to slump to 10th in qualifying in Sochi on Saturday.

Albon finished Q3 1.7 seconds off the pole position time set by Mercedes' Lewis Hamilton, and was over 1.1 seconds back from Red Bull team-mate Verstappen, who qualified second.

But Albon said he was "not too sure" where his pace had gone in qualifying, believing it was instead down to the step forward in pace many of his rivals made.

"Of course, there are still in places a couple of tenths to find here and there. But yeah, obviously the gap is quite big. 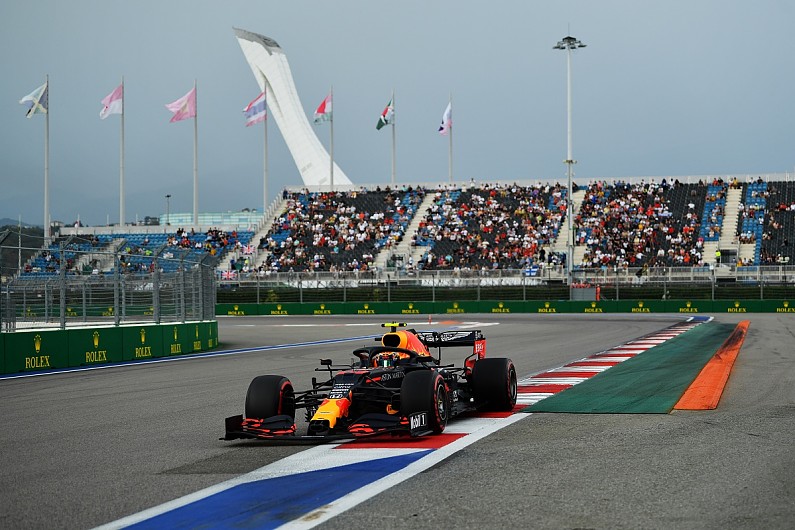 Albon and Verstappen had run different downforce levels and set-ups through practice on Friday in a bid to curb Red Bull's anticipated struggles in Sochi.

Asked by Autosport if they had converged on a similar set-up for qualifying, Albon said Verstappen was running with less drag, aiding him down the straights at the Sochi Autodrom.

"You can definitely see it in the straight line speeds, but he also had a bit of a tow as well from Valtteri [Bottas], if I'm not mistaken. It was slightly different by the end of it.

"I think it's very hard to change too much, especially before qualifying. Once you're settled in FP3, you kind of want to stay at your downforce, because obviously it will take a bit of time to just get used to it again.

"We were running a bit more. But that was just the difference."