The Formula 1 action returns after a week off with the Russian Grand Prix at Sochi Autodrom. Here's how to watch qualifying.

Mercedes has continued to dominate the F1 field as both Valtteri Bottas and Lewis Hamilton were comfortably faster than the chasing pack at the end of Friday practice, as the Finn topped both sessions while threatening that there's still "more to come" from the reigning world championship-winning outfit.

Hamilton has his first opportunity to draw level with Michael Schumacher on 91 wins at the top of the all-time F1 grand prix victories list this weekend following his triumph at the hectic Tuscan GP, but will have to overcome a determined Bottas, who traditionally performs strongly at the track where he scored his first F1 win in 2017.

Daniel Ricciardo has secured the best of the rest spot with third place at the end of Friday practice, but the Renault driver isn't thinking about a maiden podium for the French manufacturer - and winning a certain tattoo bet with team boss Cyril Abiteboul - just yet, knowing he faces tough competition from both Red Bull and the other F1 midfield contenders.

Max Verstappen has already admitted Red Bull will find it tricky to beat Renault in qualifying in Russia, but expects to have stronger race pace come Sunday following a tricky pair of practice sessions. 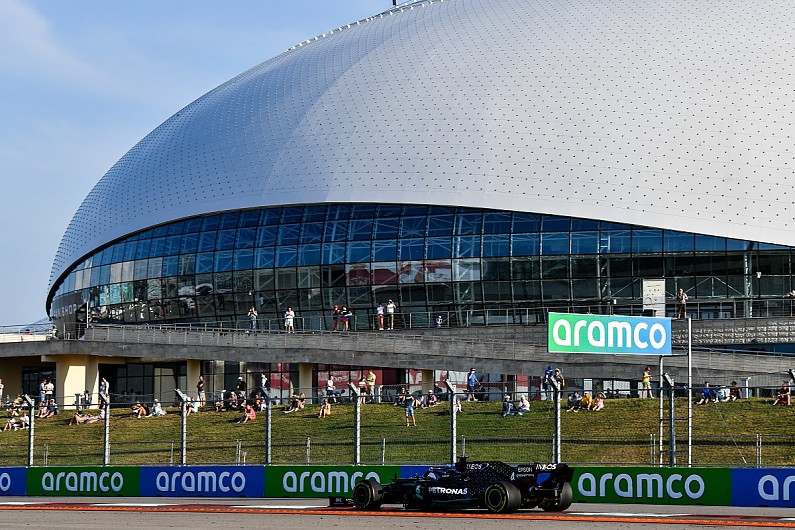 What time does qualifying for the Russian Grand Prix start?

Channel 4 is broadcasting highlights of qualifying for the Russian GP at 6:30pm BST. Autosport will be running a live text coverage of qualifying.

What's the weather forecast for qualifying at Sochi?

Sunny and dry conditions are forecast throughout Saturday at the Sochi Autodrom with a minimal chance of rain. Temperatures are expected to see highs of 27 degrees Celsius, which is set to be the same temperature FP2 was held in.