Slack is the latest big-name appointment at the Formula 1 team ahead of its rebrand as Aston Martin for 2021, when it will be joined by four-time world champion Sebastian Vettel.

Slack has more than 30 years of experience across sports marketing and business, having previously served as the chief of Michael Jordan's marketing activities during the 1990s.

The American then moved into football, spending four years as the CEO of Italian football club Inter Milan, and went on to hold senior leadership positions at agencies such as Wasserman and IMG.

Slack's most recent motorsport experience comes via a commercial advisory role to Dorna Sports, the commercial rights holder for MotoGP, but he will now join Racing Point with immediate effect as its new commercial chief.

He will bolster the senior management team at Racing Point, reporting directly to team principal and CEO Otmar Szafnauer.

"With the progress we have made this season on the track and with our upcoming relaunch as Aston Martin F1 Team, we have a unique opportunity to create an iconic new sports property that's at the forefront of Formula 1," said Racing Point team owner Lawrence Stroll.

"We are delighted to appoint Jefferson Slack to help us realise the full global commercial and marketing opportunities that lie ahead." 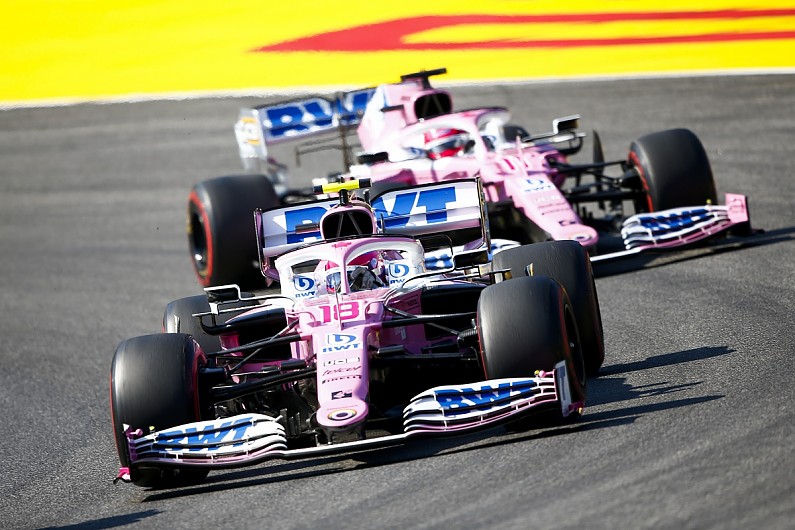 Slack called Racing Point "one of the most exciting commercial opportunities, not just in Formula 1, but in the whole of the sports industry".

He added: "We are looking to build an iconic new sports brand in Aston Martin F1 Team, and in the process we believe we will create a unique global marketing platform for other brands and partners.

"I am looking forward to working with Lawrence and Otmar, and building a world-class commercial and marketing team."

Racing Point is currently on-course for its most successful season in F1 to date, sitting fourth in the constructors' championship after nine races with one podium finish to its name.

The team will officially be rebranded as Aston Martin F1 Team for the 2021 season following Lawrence Stroll's investment in the British car firm earlier this year.