Plans to have qualifying races at some events based on the reverse of the current world championship order were rejected by the teams last year.

However, F1 boss Ross Brawn wants to revive the idea after the mixed-up order at the Italian Grand Prix contributed to an exciting race, with Lewis Hamilton trying to come through the field after taking a penalty.

In theory, under the new Concorde Agreement, new ideas can be passed into the regulations with the agreement of just eight of the 10 teams.

"Obviously it's a testimony that if you are pushing in that direction that you have failed to come up with regulations and tools that bring the field more together, and make racing better on track.

"As a reminder, we had new front wing regulations which cost everybody a fortune, but ultimately hasn't changed much in terms of racing.

"I think it would be wrong."

Vettel pointed out that the new technical regulations, postponed by a year from 2021, are intended to improve the show.

"But I think we need to fix that and address the main points, rather than try to play the lottery.

"I think it's just against the element of sport and competition, so as a competitor, I think as much as I don't like other people to win, I have to accept if other people win, or do a better job.

"Therefore I think it would be wrong in the name of sport to try and mix things up that way." 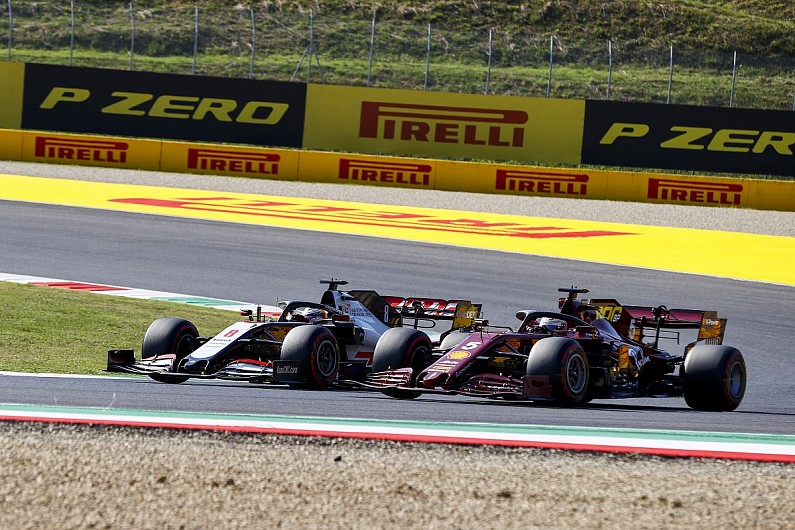 Williams driver George Russell has also expressed his opposition to the idea, suggesting that the drivers in slower cars would be overtaken so easily that they would be made to look "stupid" by the pacesetters,

"I am against it to be honest," said Russell.

"We would be defending like crazy to try and hold the faster cars off who are behind us, and as drivers, you'll be made to look a little bit stupid, because ultimately you're battling against guys in cars much, much quicker than yours, who can brake 10 metres later into a corner, who can lunge you from really far back.

"If I was in the one of the top cars, I would actually really want it, because it would make those guys look like heroes, lunging drivers from miles back, purely because they're in a superior car

"Obviously, I know we would probably get some points, or get a good result at some point with a reverse grid.

But for our image, not just me and Nicholas [Latifi], but the Haas guys, the Alfa guys, it's just impossible to race cars that are so much faster than yours. That's where I stand."