As the inaugural Tuscan Grand Prix gets underway, Autosport headed out to witness and understand the challenge of Mugello's "most exciting and difficult" challenge. Here's what we found.

In what could well be Formula 1's only visit to Mugello, the teams waste no time heading onto the 3.25-mile course. Even Mercedes and Red Bull abandon their normally relaxed approach to the start of FP1 and send their drivers out for early sighting laps.

For Lewis Hamilton, this is his very first experience of the Mugello track at all, as he explained in the pre-event press conference that he prefers "seeing [circuits] for the first time when I get out there - it's usually a shock and a surprise at the same time."

Autosport has wasted a little time with a brief visit to the pit building's roof to observe the installations laps, noticing that the long left of Bucine (Turn 15) that ends the lap is a simple acceleration zone for the drivers, before heading out to reach the famous Arrabbiata corners - Turns 8 and 9, early in the track's second sector.

Ahead of the weekend, former F1 driver Giancarlo Fisichella had suggested the drivers will reach 5G here during in qualifying, at what he called "the most exciting and difficult part of the circuit", in an exclusive video for Autosport.

The sequence does not disappoint. A bump in the middle of Arrabbiata 1 exposes the cars running very low to the ground, with the Red Bulls in particular merrily sparking away through the rapid right hander. The cars lean wide on the exit here as the cornering forces work the downforce massively, the drivers having to hang on to varying degrees. Haas' Romain Grosjean seems to be regularly running wider at this point.

We can see that the famous turns could well be a problem when it comes to traffic in qualifying. Any car following another through the first right tends to sweep out wider in the dirty air, while those on cooldown or out laps have to keep well to the inside to avoid impeding those pushing on behind. Daniel Ricciardo, Antonio Giovinazzi and Esteban Ocon nearly trip over each with wildly different approach speeds to Arrabbiata 1 as the session heads into its final third.

The cars nimbly jink from right to left on the approach to Arrabbiata 1, as they sweep down from Savelli (Turn 7) - staying wider on the exit kerbs the harder they are pushing. Generally, it looks simple, although Valtteri Bottas has a big wiggle coming off the kerbs exiting Savelli, but it doesn't appear to disrupt his progress all that much. In the main, the cars look planted across the sequence, but the challenge just to remain calm is clear.

It's possible that the wind, which gusts heavily at times throughout FP1, is a factor in Bottas's minor moment, and indeed as the wind increases in the closing stages of the session it seems to push the cars wider through Arrabbiata 1 as the tailwind picks up. 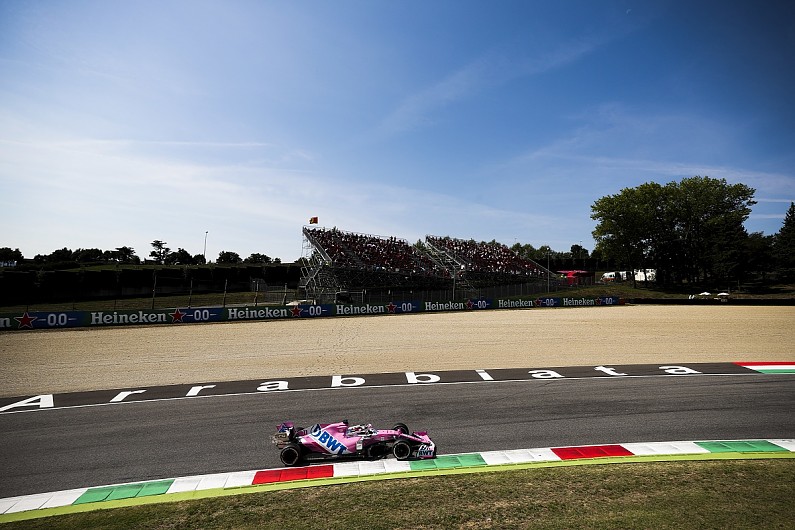 Looking from our vantage point up ahead to Arrabbiata 2, which is a rather steeply uphill right compared to its predecessor, which ends the long downhill slope that starts from Borgo san Lorenzo three corners earlier, the most notable thing is the speed of direction change. The turn in for Arrabbiata 2 is just so fast on push laps - it looks visibly violent.

The moment that will last longest for Autosport and sums up the Arrabbiata' challenge occurs just past the FP1 half-hour mark, as Lando Norris approaches.

The McLaren driver steams in - carrying way more speed than any other driver throughout opening practice. It does not pay off. From the outside, Norris appears to be skirting perilously close to the edge of the track and the gigantic gravel trap beyond - although his on-board camera film later indicates he had slightly more margin than compared to the naked eye. Still, he shoots wide, has to back off massively heading into Arrabbiata 2 and then abandons the lap - his team radio revealing he briefly considered pitting at the end of that tour.

He, and the rest, simply have no room to get it wrong. At this point, the Mugello track is a dark ribbon path - go too far to the outside edge and there's little chance of staying stuck. 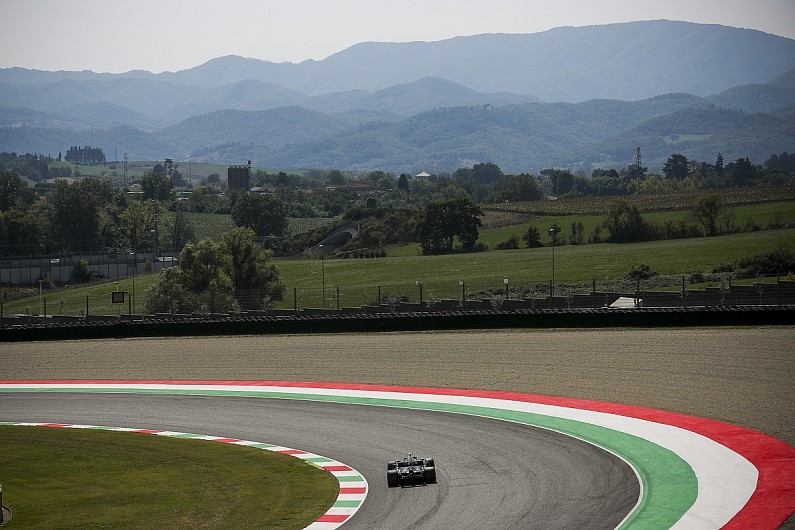