Following the Italian GP McLaren holds third place on 98 points, while Racing Point is 16 points behind in fourth - having taken a 15-point deduction triggered by the brake duct copying case verdict.

"I still think in terms of pure car potential, it is still the Racing Point car," he said when asked who was favourite. "Especially when you go back to more normal tracks now, which will be ahead.

"But I definitely think that as a team, together with our two drivers, plus with the push also on the development side we are still having also for this year's car, I think we can definitely battle them.

"And that's what we will try, hopefully up to the last race."

Seidl anticipates that McLaren will be strong at this weekend's race at Mugello, but he expects to face some tough competition from the teams around them on the grid. 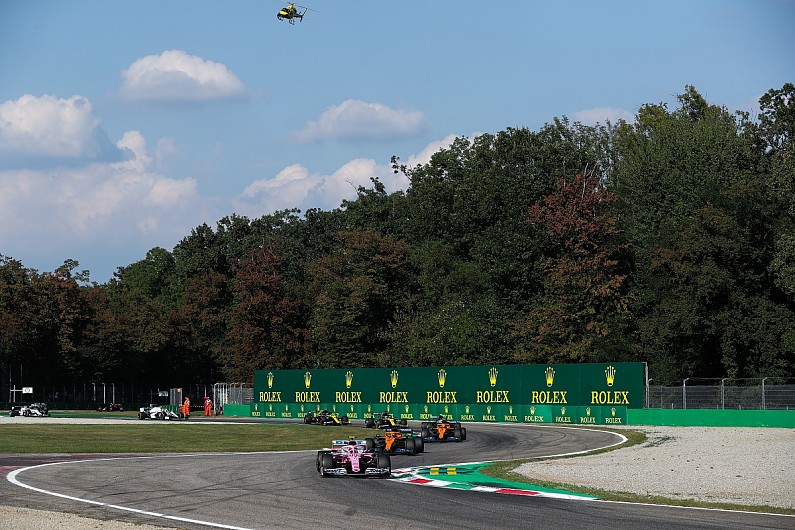 "On paper, we think it's a track that suits us," he said. "But at the same time, it's really difficult to read at the moment, because everyone is still bringing updates to their cars.

"Also when you read the comments from Renault for example where they said they definitely have found a step forward with the car, independent of the downforce configuration. So it will be interesting how they are now in Mugello.

"Racing Point will be strong, Ferrari, we have also seen at different kinds of tracks that they are in this fight, so I think it will stay a tight battle between all of us.

"And in the end, it's about maximising these race weekends, getting the laps in in quali, maximising the race outcomes in terms of race strategy, pit stops.

"We obviously have the luxury compared to some other teams that we have two very, very strong drivers who are a great asset for us as a team.

"They simply always pull it off when it matters and that gives us these great positions to start with on Sunday.

"That was the reason why we could score P4 in the constructors' championship last year and why we are also in P3 at the moment."