Sebastian Vettel says there are no shortcuts out of Ferrari's "suffering" right now, as the team digests the fallout from a disappointing Italian Grand Prix.

With the team again uncompetitive just one week after a poor showing in the Belgian GP, Vettel is clear that things are difficult right now and it is getting hard to keep his head up.

"It is grown to my body so naturally it should be up, but maybe right now it is a little bit hanging to one side," he said after the Monza race.

"There are no shortcuts in life and we are in this position because we probably deserve to be. We are suffering, the whole team is suffering, and I am one part of the team."

Ferrari had hoped for some improved fortunes in Italy, after struggles at the Belgian GP meant neither Vettel nor Leclerc could finish in the points.

But with the double Monza retirement hurting Ferrari's hopes of a quick recovery, Vettel is clear that what Ferrari is going through right now is nothing to do with bad luck.

"Everything happens for a reason, and we are slow for a reason," he said. "It is tough, and I am not the only one who is suffering." 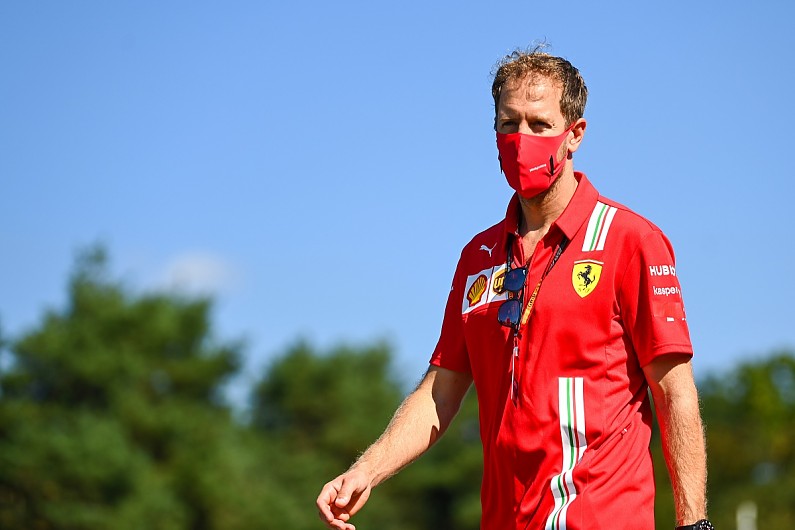 Vettel still sees some scope for Ferrari to turn its situation around before the end of the season, even if he concedes that there is no real quick fix to its problems.

"It is very difficult for us at the moment for the whole team," he said. "But we are in that position and we need to try to do the best we can to have a worthy ending to the season.

"We still have lots of races ahead of us and still a lot of stuff to pick up and understand, so there is plenty of work. We have to be focused on that.

"If I could choose, I don't want to be here. I want to be in the car on the track right now, and not at the back of the field. But sometimes you don't get to choose, and you have to deal with what you have. At the moment that is what it is, so we have to keep our heads up, even if it is difficult."