Daniel Ricciardo thinks it is "fun" that Mercedes dished out a dominant performance in qualifying at the Italian Grand Prix against rivals who had lobbied for the party mode ban.

From this weekend's race at Monza, F1 teams have been told that they must use the same engine modes in qualifying and the race, which means they can no longer use special power boosts for the final runs in Q3.

While the FIA introduced the rule because it wants more confidence it can police what teams are doing, Mercedes had suspicions that some rivals, including Red Bull, had been pushing for the change to try to slow down the German manufacturer.

So after Mercedes delivered a crushing performance in qualifying at Monza - with pole position man Lewis Hamilton eight-tenths of a second ahead of the nearest non-Mercedes - Ricciardo said he quite likes the way things turned out.

Asked if he had any disappointment that the 'party mode' ban had not delivered a massive shuffle of the order, Ricciardo said: "I never expected it to change the pecking order. I would be surprised if the guys here [at Renault did either]. I don't think they really did.

"I don't know where the change was driven from, and if a team drove it for it be enforced or they just did it thinking something would change - a bit of a 'hail Mary'.

"I don't think we are surprised. I guess Mercedes is in a position to be a little bit arrogant with some of their comments, but look, I never expected them to struggle with this change. So, yeah: We will let them have it for now.

"I like that they have kind of dished it back. It is fun." 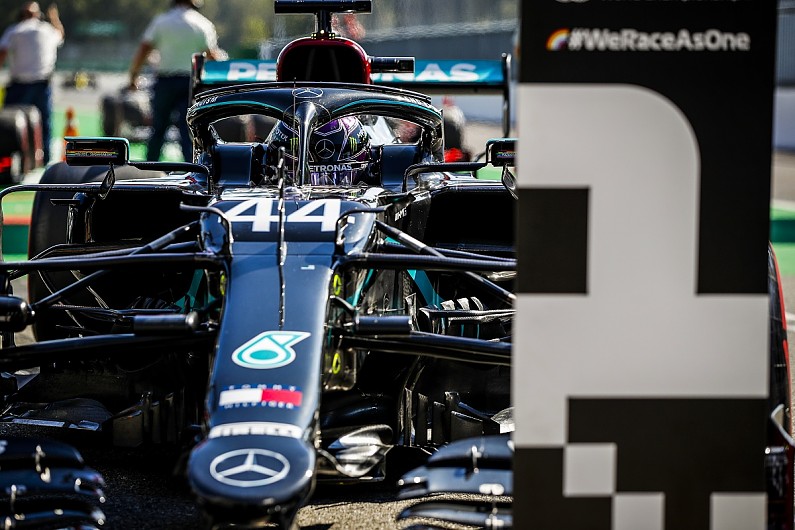 Mercedes boss Toto Wolff said on Saturday that the German manufacturer had not used its 'party mode' at every race this season - and approached the ban with a determination to not lose out.

"I think for us it was important to face this new situation in the most professional way," he said.

"Overall, we have lost very little qualifying performance, but gained a lot of performance in the race. We can run the engine much harder in the race.

"We're only able to achieve that with a lot of research and a lot of bench running. So far, so good. Let's see how it pans out over the next sessions."