Lewis Hamilton says he has no plans to boycott the Belgian Grand Prix after action from athletes in the United States in recent days following the shooting of Jacob Blake.

A number of black athletes in the United States led boycotts of sporting events this week after Blake - an unarmed, black man - was shot by a police officer in Kenosha, Wisconsin on Sunday.

Blake's shooting sparked a fresh wave of protests across the world amid ongoing activism against racism and racial injustice.

Tennis player Naomi Osaka pulled out of a major tournament in New York set for Thursday, with Hamilton - F1's only black driver - writing on Instagram that he was "so proud" of her decision.

Asked if he was considering withdrawing for this weekend's Belgian Grand Prix in protest, Hamilton said he had no plans currently to do so, but stood unified with those taking action.

"It's incredible what many out there in the States are doing within their sports, all the way down to the people that are hosting, the commentators for example," Hamilton said.

"So many people are standing with the players, and really pushing for change.

"It's a shame that's what is needed over there in order to get a reaction. 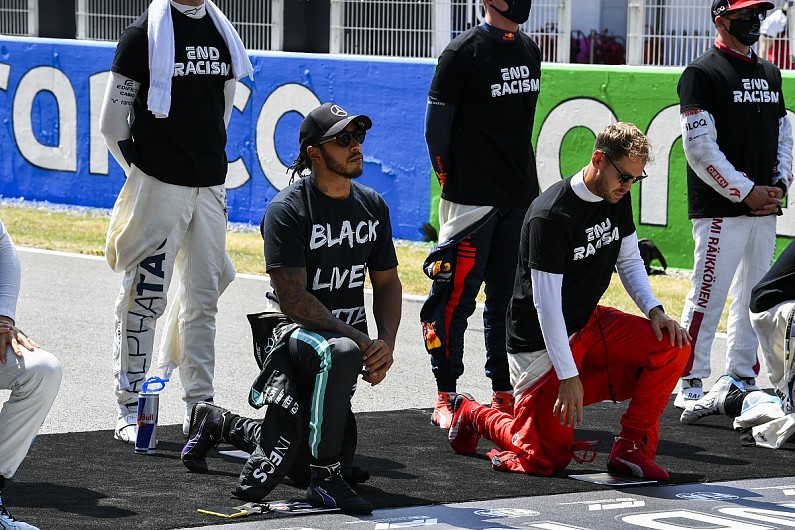 "But that is in America, and I don't know if really me doing anything here will particularly have any effect. We're in Belgium, we're not in the United States.

"I haven't spoken to anybody about it, but I am really proud of so many out there. I do stand unified with them, trying to do what I can over here.

"But I'll still try and speak to Formula 1 to see what else we can do, to continue to raise awareness, continue to help push.

Hamilton has been F1's leading figure in its anti-racism messaging, having called on the series to improve its diversity push in recent months.

F1 has staged a pre-race gesture condemning racism at each grand prix so far this season, where the majority of drivers have elected to take a knee.

Renault's Daniel Ricciardo said the F1 drivers would have to discuss the ongoing events around the world and their messaging at the next opportunity.

"We have to talk as a as a group here, amongst our sport, as drivers and just have that conversation, and see where everyone's head is at," Ricciardo said.

"It's devastating. That's the thing, it's like, when is it enough? 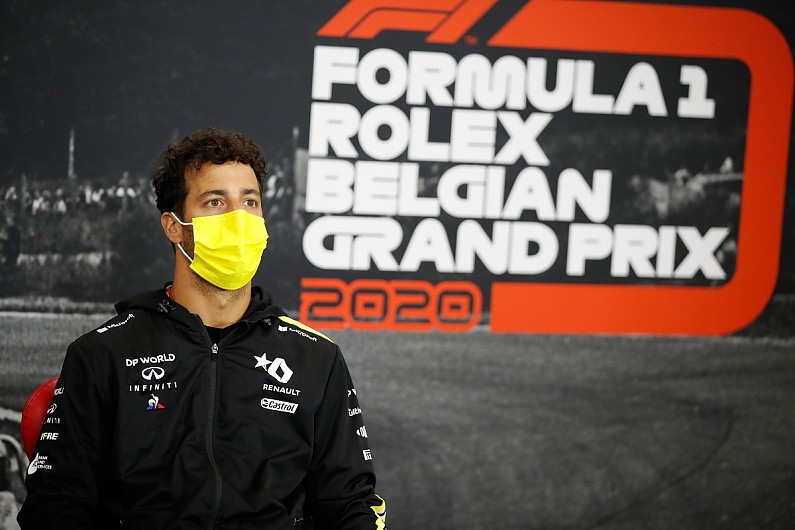 "I'm not one to read the news to be honest, but when I do, especially this now, you just shake your head in disbelief.

"How can it be going on? It still blows my mind.

"If there's something we can do of course I think we, we will. Let's try to do something, but we have to have that discussion."

GPDA director Sebastian Vettel echoed Hamilton's thoughts that a boycott may not have such an impact outside of the United States, but that F1 remained committed in its anti-racism messaging through its action.

"The measures that have been taken in the US with some players boycotting or going on strike, not going out for the games and therefore the games having to be postponed, I think maybe they are more US-specific," Vettel said.

"From where we are, we seem to be quite happy as drivers of our actions, and want to keep sending that message.

"Having said that, we know that it doesn't change things overnight, and it's only a very small contribution.

"But hopefully everybody that's tuned in and sees it gets the point and gets the message, and takes a bit of that for the next steps that he faces in life.

"One thing is to take action in public. I think more importantly, it's what everyone is deciding or how everyone is acting or confronting it once the cameras are off.

"That's true for us, being in a spotlight in a certain amount during a weekend, but also valid for everyone else."