Renault has asked the FIA if it can withdraw its appeal against the punishment handed out to Racing Point for copying Mercedes' Formula 1 brake ducts.

The controversy over Racing Point's cloning of the Mercedes car had looked set for an FIA International Court of Appeal hearing, after the Silverstone-based outfit lost 15 constructors' championship points and was fined for having not designed its own brake ducts.

Renault had joined Racing Point and Ferrari in wanting to take the matter to an Appeal Court hearing, as it sought clarity over how far teams were allowed to copy each other in the future.

But on Tuesday night, the French car manufacturer announced that it wanted to withdraw its appeal.

It said that with the FIA having promised to address the issue of car copying with changes to the regulations that would prevent anyone doing what Racing Point had done, it was satisfied that its concerns were being addressed.

Renault said: "Beyond the decisions, the matters at issue were vital to the integrity of Formula 1, both during the current season and in the future.

"However, intensive and constructive work between the FIA, Renault DP World F1 Team and all Formula 1 stakeholders has led to concrete progress in safeguarding the originality in the sport by way of amendments to the Sporting and Technical Regulations planned for the 2021 racing season, confirming the requirements to qualify as a Constructor.

"Reaching this strategic objective, in the context of the new Concorde Agreement, was our priority. 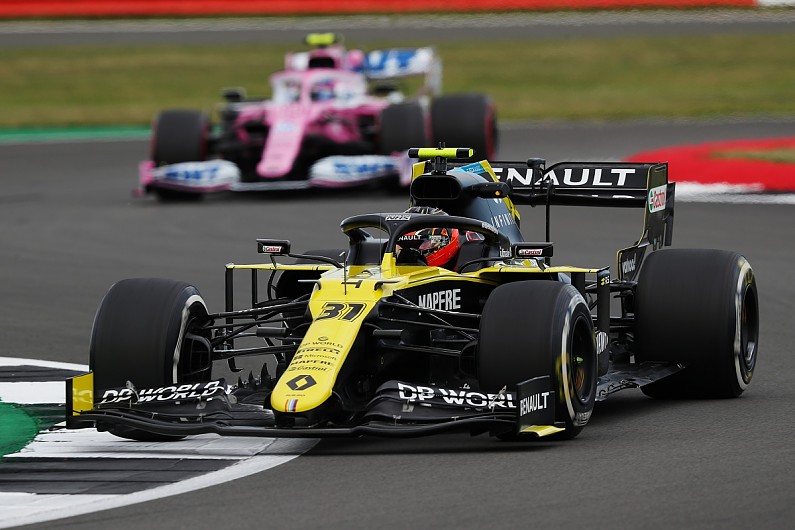 "The controversy of the start of this season should be put behind us, as we need to focus on the remainder of an intense and unique championship."

Shortly after the FIA stewards ruled that Racing Point had been in breach of the regulations for using Mercedes designed brake ducts, the governing body revealed that it wanted to change the rules to prevent such copycat tactics becoming common place.

Nikolas Tombazis, its head of single seater matters, said: "This will prevent teams from using extensive photos to copy whole portions of other cars in the way that Racing Point has done.

Although Renault has elected to pull out of the appeal process, it is understood that Ferrari's position within the case remains unchanged for now.

The Italian outfit is seeking clarity on exactly how far teams are allowed to collaborate and copy each other, which it believes is an important matter that needs defining for the future of F1.

The Italian outfit is also seeking answers on the involvement of both Racing Point and Mercedes in this case.

If it cannot get the clarity it is seeking, then it sees no alternative other than to take the matter all the way to the Court of Appeal.

However, should the FIA be able to deliver it a firm explanation of where the boundaries are and what is and is not allowed, then that could be enough to see it join Renault in backing away from taking the matter further.