Ferrari has become the first Formula 1 team to confirm that it intends to appeal the FIA's ruling against Racing Point over its brake ducts design.

Following multiple protests lodged by Renault at the last three races against Racing Point over the legality of its RP20 car, the FIA stewards made a ruling on the case on Friday morning.

Racing Point was found to have breached the sporting regulations in the design process of the brake ducts for its RP20 car, and was given a 15-point constructors' championship penalty and a €400,00 fine.

But the team is permitted to continue to use the brake ducts for the remainder of the season, sparking concerns among a number of teams over the ruling.

Ferrari F1 chief Mattia Binotto said earlier on Friday the team would "carefully" go through the stewards' ruling and consider "what's the next step", noting the 24-hour window in which to lodge an appeal.

Ferrari confirmed in a short statement on Friday evening that it would be appealing the FIA's ruling.

"We can confirm that we have just stated our intention to appeal against this morning's FIA Stewards' decision regarding Racing Point," the statement reads.

By lodging an intention to appeal, Ferrari now has 96 hours in which to formalise its appeal and gather evidence before submitting a case to the FIA's International Court of Appeal. 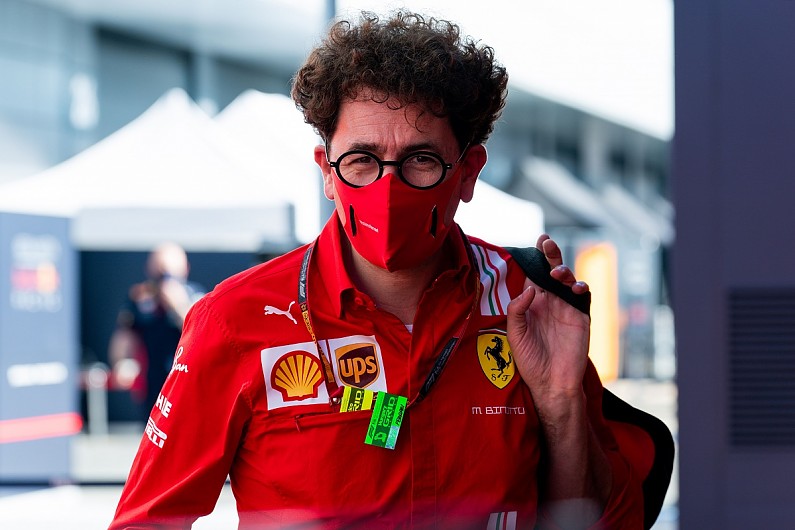 A McLaren spokesperson has also informed Autosport of its intention to appeal, while a number of other teams, including Renault, are understood to be considering their own protests.

Racing Point is also looking at action after finding the ruling "a bit bewildering".

Binotto felt there was more to be explained in the case beyond Racing Point's brake duct design that had been brought into question.

"We really argue the entire process and the entire concept," Binotto said.

"But at the moment, I think looking ahead and looking forward, it's something that we need to clarify.

"I don't think that the verdict of today is sufficient, because again it's only relative eventually to the brake ducts, but not the entire concept.

"As Zak [Brown] said, I think it's only the tip of the iceberg, but there is much to discuss further."