In a rapidly developing Formula 1 driver market, Sergio Perez's next steps could be pivotal to the rest of the grid, should he be axed by Aston Martin next year. ADAM COOPER explains the permutations

Sergio Perez's Formula 1 future is one of the big questions to emerge from the news that Sebastian Vettel is considering an offer to join the rebadged Racing Point team.

There are various scenarios that could yet play out. Vettel could decide not to go to Aston after all, or he could be signed for 2022 and take time out to recharge his batteries, leaving Perez and his backers another year to find an alternative home.

Then we have to consider the possibility, however unlikely, that Lance Stroll isn't part of the Aston line-up next year - either he's benched as reserve, or he's found a seat elsewhere with a promise of a return a year or two down the line.

Perez and his backers certainly intend to stay with the Silverstone team in 2021, and are working hard to make that happen. However, if he is let go, on the basis of a contract that gives team owner Lawrence Stroll the option to change his mind and pay suitable compensation, then he has to look elsewhere.

There's no question that Perez is a great talent and would be an asset to any team. However, inevitably any discussion of where he goes revolves around marketing, and the Mexican sponsorship that comes with him. Concluding a deal involving his services, even just an extension of an old contract, is an incredibly complex process.

It's clear too that there aren't many options available after the recent driver market shuffles. However, that support from Carlos Slim and Telmex means that two obvious opportunities are still available to him, at Haas and Alfa Romeo, and in both cases the loose ends tie neatly together.

It's easy to forget that Perez was a Ferrari junior back in 2011 and 2012. With what could be fortunate timing, Telmex recently harked back to that time when it announced a new deal with the Ferrari Driver Academy. 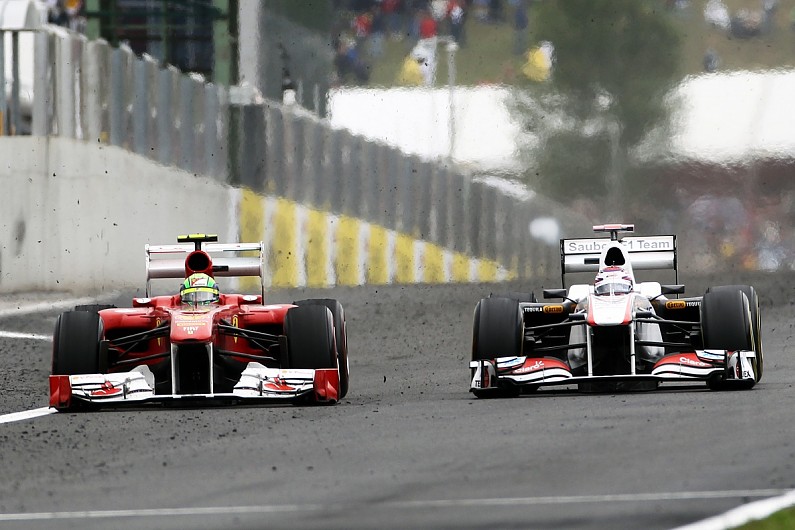 The general idea of the relationship is "to identify young, promising motorsport talents in Mexico and Latin America, giving them a pathway to becoming part of the young driver programme of the Maranello-based team".

Thus there is already a relationship between Slim and Ferrari, and extending it to encompass Perez is not a stretch. And that means placing him at either Alfa Romeo or Haas - both of which have had their own histories with Mexican support.

The most straightforward deal would be with Alfa Romeo. Perez is well known in Hinwil, having driven for Sauber in 2011 and 2012, and with some success given his experience at the time. Just as it was for Kimi Raikkonen, a return would be a case of going full circle.

The ownership and management has changed, but renewing the links with Telmex and other Mexican sponsors would not be difficult. Esteban Gutierrez also drove under current Alfa boss Frederic Vasseur at ART in F3, GP3 and GP2, and he knows Slim and the Telmex folk well.

So who would he replace at Alfa? One place is reserved for a Ferrari junior, that currently taken by Antonio Giovinazzi, and given the logjam of FDA talent there is no shortage of racers waiting to step up.

Logic suggests that Perez would step into Raikkonen's seat - whether Kimi is ready to walk away is a question only the Finn knows the answer to right now. 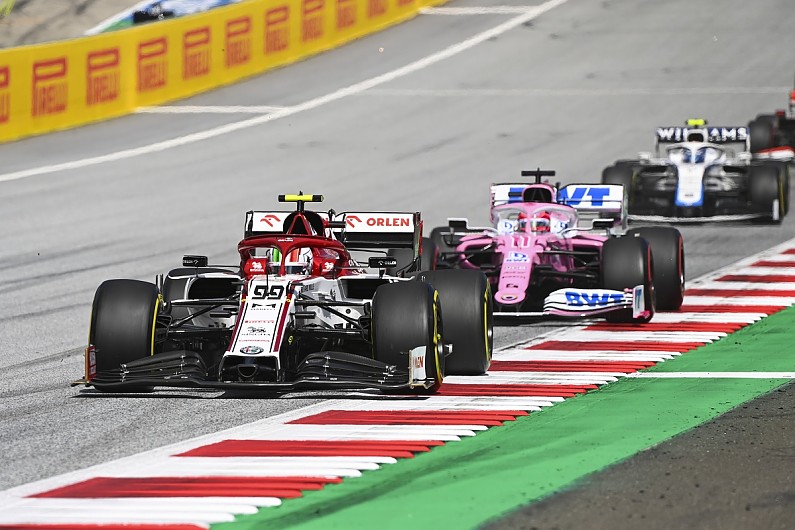 The other option, Haas, is a more complicated one. As Romain Grosjean made all too clear last weekend with his "elephant in the room" comments, the future of the team remains in doubt.

Last year, Gene Haas made his frustration obvious over the ever-increasing costs of competing, and diminishing returns in terms of results. He was also badly burned by the Rich Energy fiasco, and he now finds himself stuck with not just the engine and gearbox of the mediocre SF1000, but many other elements as well - more than fellow Ferrari partner Alfa.

All of this has given him good reason not to commit to signing the Concorde Agreement and thus close the operation at the end of 2020.

The alternatives are to sell the team in its entirety, take on a partner/investor, or find major outside backing that means his own commitment is much less, making continuing under the Haas banner less painful.

Slim and Telmex could in theory fill all three options, and don't forget that they have already had a relationship with Haas, back when Gutierrez drove for the team in its first year in 2016 (below) - although that ended uncomfortably with the Mexican's departure.

If that history can be overcome and the partnership between the parties renewed, then Slim could be the perfect saviour for Haas.

An outright sale is possible, but unlikely. Slim may have access to massive funding, but he's spent wisely on racing over the years, and has always got good deals. He's known to regard team ownership as a bottomless pit of spending and, while in his case the old adage of "how to make a small fortune in motor racing is to start with a big one" hardly applies given Telmex's wealth, he's not prone to wasting cash. 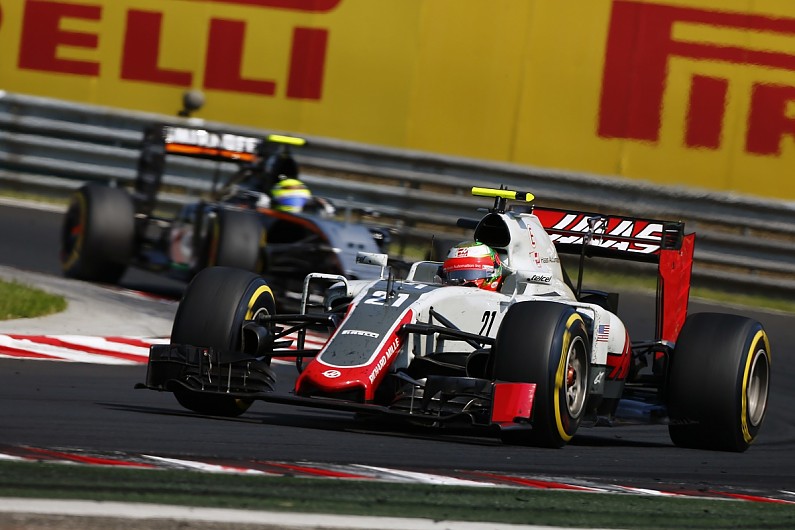 However, this could be the right time to invest. The cost cap and other rule changes are set to level the playing field as we head into 2022, and there is light at the end of the tunnel for a team in Haas's position. Of course, for Haas much depends on Ferrari getting its sums right and improving its power unit, and that's a gamble Slim would have to take (as he would by simply backing Perez at Alfa).

If an outright sale did happen, it could see Haas morph into 'Escuderia Telmex F1', with Perez alongside an FDA driver. That would be of considerable interest to Ferrari, as hitherto Haas has chosen his drivers independently.

It would in turn encourage an even closer technical relationship with Maranello than Haas enjoys at the moment, making the Telmex outfit into a pukka B-team in the way that AlphaTauri works with Red Bull.

Williams is also for sale, and there's an argument that Telmex could do a similar thing at Grove and forge close links with Mercedes. However, George Russell and Nicholas Latifi are set there for 2021, and there's no shortage of alternative routes in terms of investment.

The frustration for Perez is that Alfa and Haas both represent a step down from where he would have been with Aston Martin. Neither has had a great start to the 2020 season, and Ferrari's downturn is a part of the cause.

The more appealing wildcard for Perez is Red Bull.

Christian Horner and Helmut Marko have endlessly expressed their support for Alex Albon and downplayed the chances of a return for Vettel, but at the back of their minds they probably expected the German to still be available in September should they decide they need to make a change after all. 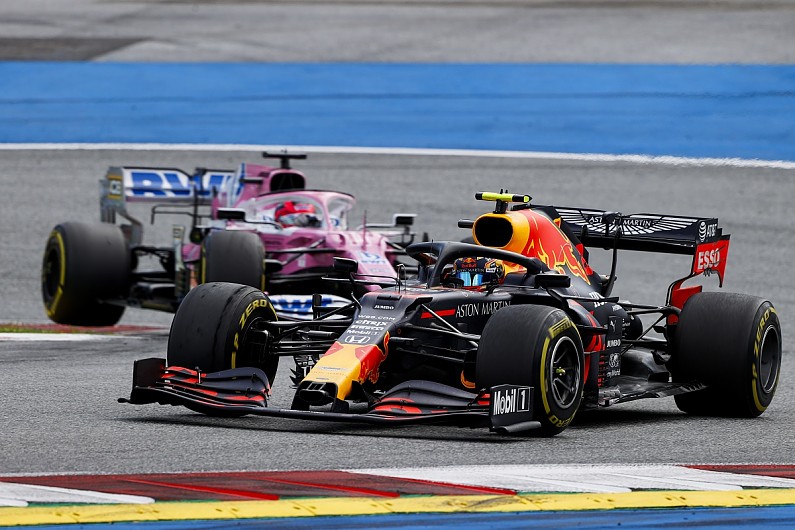 If he isn't, and they do decide to drop Albon, will they recall Daniil Kvyat or Pierre Gasly to the main team for a second chance? It's possible of course but, if they decide for once to look outside the camp, then Perez will be a perfect option to run alongside Max Verstappen in 2021.

Perez, a consistent points scorer throughout his F1 career, would be exactly what Red Bull and Honda require if they are to fight for the constructors' championship, and they also need a second car consistently near the front in order to have strategic options when taking on Mercedes.

And then there's the financial side. Given that Red Bull is losing its substantial Aston Martin title sponsorship at the end of 2020, a considerable amount of space will be available on the car, and a Perez deal will have a lot of appeal.

The complication is the timing. The team wants to, and of course should, give Albon a decent chance. But while the races are coming thick and fast we will be in September before you know it, and concluding a deal with Perez and his backers won't be the work of a moment - and they may well be a long way up the road with a Haas or Alfa option by then. So at what stage would Marko and Horner pull the trigger and start negotiations?

It's a fascinating scenario. And if the reported 31 July deadline for Stroll to cut Perez loose is accurate, things could start to happen soon. 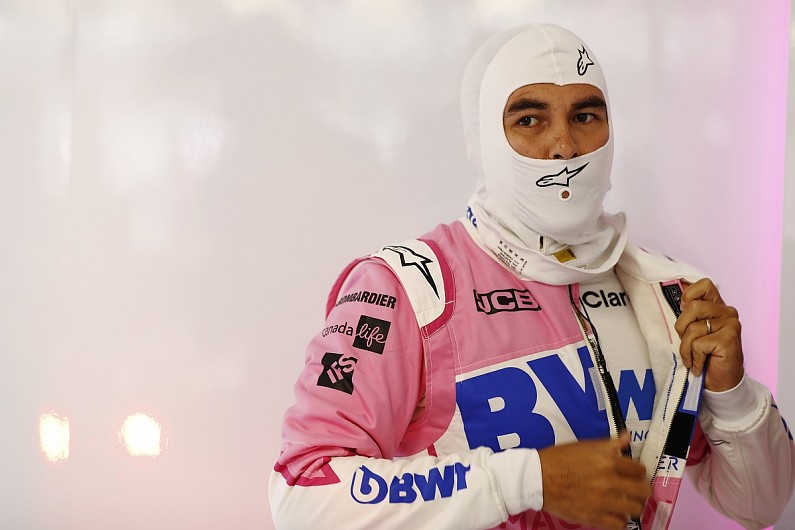