McLaren is ready to commit its long term future to Formula 1, with the team expecting to sign up to the new Concorde Agreement 'imminently'.

F1 owner Liberty Media, the FIA and teams have been in discussions for months to agree a new package of rules, governance and commercial arrangements that will run from 2021 until 2026.

The encompassing deal, known as the Concorde Agreement, will need to be signed by all parties once everyone has accepted the terms on offer.

It will then provide the framework by which the championship will operate under.

While McLaren has faced a difficult few months thanks to the financial impact of the coronavirus pandemic on its road car and racing operations, the team has made clear that it is focused on a long term stay in F1.

Speaking ahead of the Hungarian Grand Prix, McLaren CEO Zak Brown said that the team was happy with what was on offer with the Concorde Agreement and was poised to sign up.

"The new Concorde Agreement complements the financial, technical and sporting regulations and secures a strong basis for the sustainability, growth and success of Formula 1 and all its stakeholders," he said. 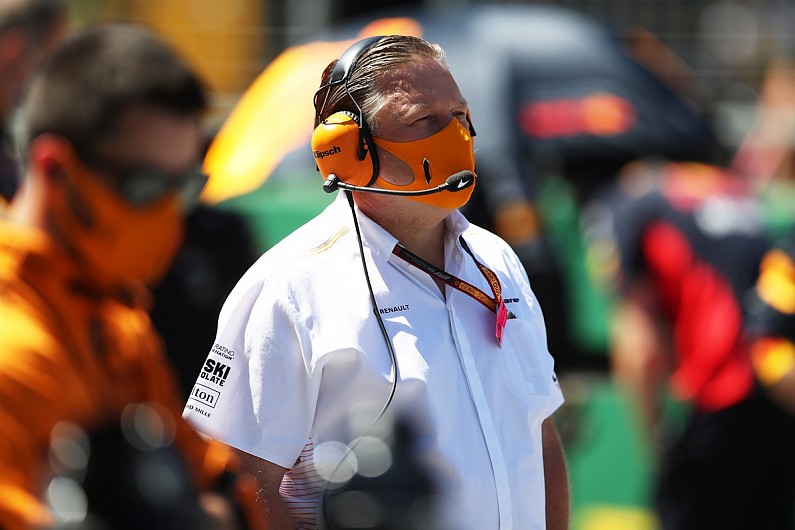 "Liberty Media, F1 and the FIA, together with the teams, have worked diligently to protect the sport through the Covid-19 crisis, our return to racing and into the long term.

"McLaren Racing is fully committed to Formula 1 and we are ready to sign this new agreement imminently."

Brown's comments were backed up by McLaren team principal Andreas Seidl, who said the team welcomed the vision that Liberty had presented for F1's long term future.

"On the McLaren side we are clearly committed to stay in F1," he said.

"With everything we're seeing what's on the table there, together with a clear vision of where the sporting, technical and financial regulations are going to, we are very happy. And in the end, we expect to sign in the immediate future."

McLaren's signing of the Concorde Agreement could make it the first team to sign up to the new deal, with other outfits expected to commit over the next few months.