Racing Point Formula 1 driver Sergio Perez says his team shouldn't get too excited at leading the chase of Mercedes in practice at the Austrian Grand Prix.

The Silverstone-based outfit looked strong in winter testing, and has been waiting since then for the opportunity to properly judge the potential of its controversial RP20, which closely follows the concept of the title-winning 2019 Mercedes.

Perez cautioned that the gap to Mercedes was still significant and stressed that with the margins so close behind on the short 2.68-mile circuit, the team cannot automatically expect to have the second-quickest car in qualifying.

"We were a good half a second away, and in such a small track, the Ferraris, the Red Bulls, the Renaults, the McLarens, are within a tenth from us, so it's not like we can get too excited," said the Mexican.

"The margins are extremely close, so hopefully tomorrow we can put a great lap together in quali. 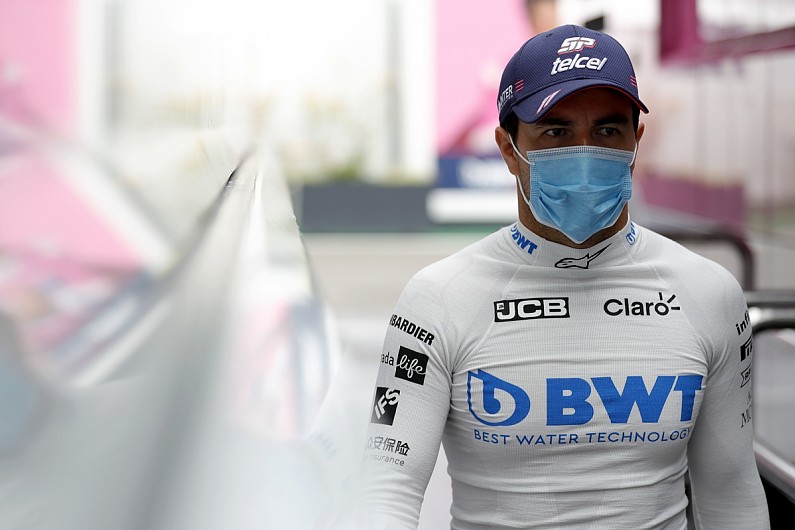 "I think tomorrow it will be very important to put it together, and we'll see where we really are.

"We have an idea, but tomorrow is when everyone puts everything together, and it will be good to see us up there."

PLUS: Why Racing Point's 'copycat' shouldn't be controversial

Perez, who shared the seventh row of the grid with Stroll at last year's Austrian GP, acknowledged that the team has "closed the gap to the top teams" after delays resulting from its 2018 financial troubles limited it to seventh in the 2019 constructors' standings.

"We have to take it step by step really, but I think we certainly have closed the gap to the top teams," he says.

"Last year we started really on the back foot, I think right now we are ready to start, ready to fight.

"It's a great car, in the factory the team has done a tremendous job and we have a car underneath us that is working well."