Williams has unveiled its new livery ahead of the first race of the 2020 Formula 1 season in Austria next week.

The Grove-based outfit has revamped its colour scheme in the wake of the split with title sponsor ROKit last month, and teased the reveal on Thursday - with its drivers branding the new paint job "smart".

ROKit had joined the outfit for the start of 2019 and had a long term deal in place, but Williams elected to terminate the agreement early for unspecified reasons.

The front of the rear wing features the Williams name, but this could obviously be replaced if the team finds another major sponsor.

The new Williams colours come ahead of a campaign where the team hopes to turn around its fortunes after two troubled campaigns where it has finished last in the constructors' championship.

It will race with George Russell and Nicholas Latifi this year.

With Williams on the search for investors to help secure its long-term future, it has also been looking for replacement sponsors in the short term. 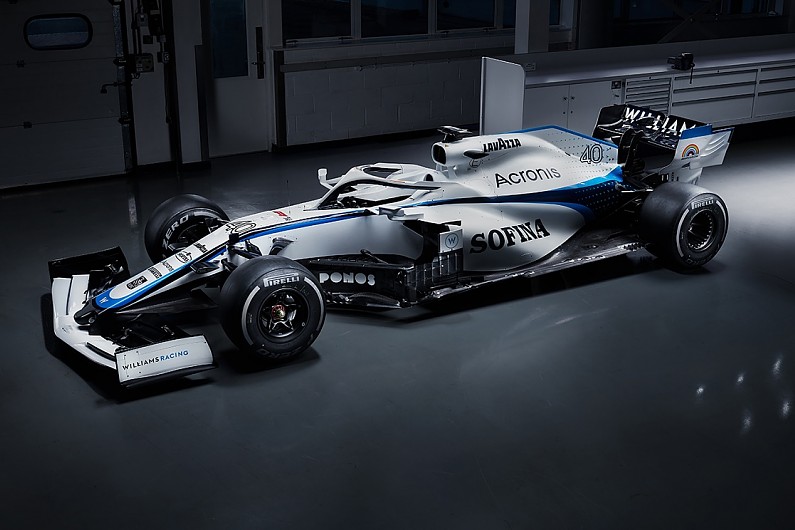 "We're working with a new agency, and we're very much redeveloping the way in which we go and take Williams to market, and we have huge confidence in that," she said.

"Williams has always done a good job of attracting new partners into our sport, into our team and I believe and have every confidence that we will continue to do so.

"This is a great brand. It is a great team. And we're on a very exciting journey."

ROKiT is set to become a major sponsor of the Mercedes F1 team, as reported by Autosport on Wednesday.

The company has also confirmed that its split with Williams won't have any impact on its title partnerships with Venturi in Formula E and the W Series.