Red Bull boss Christian Horner has revealed the "unthinkable" scenario in which Renault Formula 1 personnel worked at his team's factory recently as part of Project Pitlane.

Renault and Red Bull parted ways at the end of the 2018 season following a tense relationship during F1's hybrid era.

Normally teams are very strict about who has access to their facility in case any of their technical secrets are revealed to rivals.

But all such concern was put aside recently as F1 teams worked together to help design and build breathing aids and ventilators for the British government in response to the coronavirus crisis.

Although the low-cost ventilator that Red Bull and Renault worked together on was not pushed into service, because the government felt the ventilator type was not required for now, Horner remains incredibly proud of the efforts put in.

Speaking exclusively to Autosport, Horner said: "I think it said a huge amount for Formula 1.

"We approached the government as soon as we saw this crisis looming, and then got in coordination with other teams as well.

"I was astounded to see the volunteers that stepped forward unconditionally 24/7 to support this project.

"We had people like our chief designer Rob Marshall working on it.

"I think he did three successive all-nighters on it, and unbelievable efforts that were going in to turn what was a fairly rudimentary concept into a fully-functional, fully-developed, ventilator." 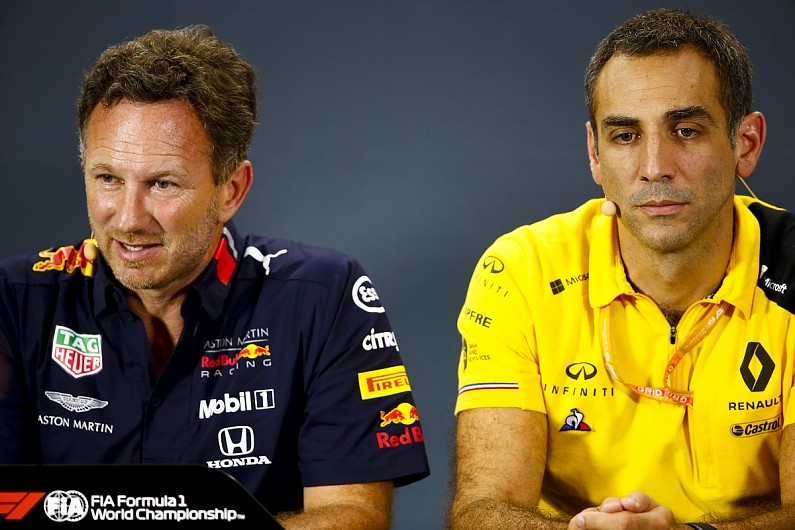 As revealed recently, Red Bull had an intensive care bed and prototype ventilators situated in the race bays at its Milton Keynes factory while work was going on.

And Horner said that Renault team personnel were working as one with Red Bull staff on the project - despite some historic tensions between the two outfits.

"At that point your competitive spirit goes out the window, and it's about coming up with solutions," said Horner.

"So we had people from Renault working in our factory, in their own team kit, in our race bays, in our facility. Unthinkable under normal circumstances!

"We had [Renault technical advisor] Bob Bell working alongside Rob Marshall, coming up with solutions that astounded the industry.

"It was not only the solution, but also the speed at which Formula 1 operates, because solutions were identified and machined overnight, and running on a rig by the time people came back in the following morning.

"What normally would have taken three years to get this machine signed off was actually done in three-and-a-half weeks."

Although Horner said the team was saddened the project did not go forward this time, he says ultimately there were positives from the fact it wasn't required just now.

"Of course there was a degree of disappointment when we didn't then go into flat out production once we were geared up to do that.

"But then also, when you thought about it, it was actually a very good thing that they weren't required, because it meant that the need for the National Health Service wasn't so dire that these emergency ventilators weren't going to be required.

"I think it highlighted Formula 1's ingenuity, it's ability to problem solve, rapid prototype, and come up with fixes, and just the can-do attitude, and never be beaten philosophy of Formula 1.

"I think it epitomised all the positives about the sport, and some of the cleverest and brightest engineers in the country that work in Formula 1."