The new Racing Point RP20 broke cover at the start of pre-season testing in Barcelona on Wednesday, with immediate similarities being noted between its design and that of Mercedes's 2019 championship-winning W11 car.

Comparisons were also drawn between the approach of midfield rival Haas, which has taken as many listed parts as permitted from Ferrari since debuting in 2016, resulting in similar car designs.

But Green stressed Racing Point would not be going to the extreme of taking more listed parts from Mercedes, or consider going down the Haas model route.

"We decided that anything to do with the chassis, which is effectively a non-transferable component, a listed part, we would prefer to keep all that in house, because it's all linked," Green explained.

"We want to keep it to ourselves, so we kept it to do our own. So all the suspension systems, chassis-wise, wishbones, all Racing Point, because it's all linked to a chassis, and the chassis is ours.

"I think we're going to move along the same transfer model that we've got now. It makes sense for a small team like us to do this.

"It's what we think we're good at. If we can take some of the mechanical components and develop aerodynamically around it, that's our strength and that's what we're basically built for.

"We don't have huge production facilities, so I think that model we're doing works for us." 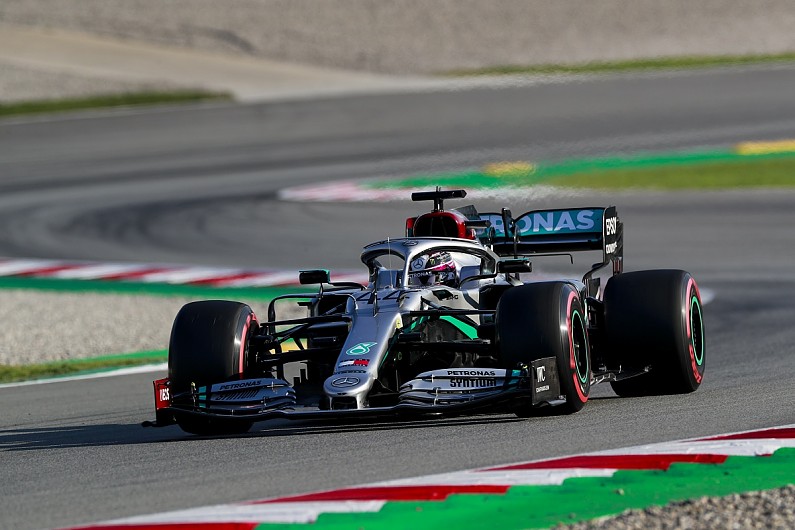 Green added that it made sense for Racing Point to follow Mercedes's design philosophy, given the team uses the same gearbox and outboard suspension as the German marque.

"It made a lot of sense for us, because of the hardware we're having to run," Green said.

"Trying to fight and try and develop a car using a different philosophy from the hardware that you're getting, we found it to be a real struggle.

"So I can see why if you're a team [working with] Red Bull and you get a gearbox and suspension from Red Bull, the chances are you're going to be looking at a Red Bull-type philosophy to complement it, because that is what it has been designed for.

"You'd be foolish to then think I'm going to try and go in a different direction, because you think you know better. [Instead] try and understand what the philosophy is behind it, and see whether you can go better."