Mercedes' pace during the opening week of Formula 1 pre-season testing at Barcelona looked ominous, as Valtteri Bottas and Lewis Hamilton ended the first week atop the timesheets.

Mercedes was the only team to complete representative hot laps on C5 tyres - the softest compound on Pirelli's menu - and Bottas surged to the top during the cooler morning session of the third day, setting a 1m15.732s lap to finish the test just 0.3 seconds shy of his pole position time for last year's Spanish Grand Prix.

Hamilton did his best time that afternoon, a 1m16.516s, which cemented Mercedes status as the early favourite for honours ahead of the 2020 season.

While one must read into testing times at one's peril, especially during the first week, Mercedes has proved to be quick and reliable throughout the opening trio of test days available.

Only an electrical issue for Bottas on Thursday afternoon curtailed the team's running, but Mercedes regardless collected the most mileage across the first week - logging 494 laps in total. That's just 116 laps down on its quantity from last year, when each test was a day longer.

Furthermore, Bottas's pace was not simply restricted to one headline time.

The Finnish driver set a collection of quick times in the high 1m15s and low 1m16s during the final morning to underline the ease at which Mercedes can unlock the pace from its W11 - and that's not even accounting for the extra tenths a driver can find when really pushing in qualifying.

Hamilton also headed the running by the end of day one with a time just four tenths off of his Friday best with a set of C2s. There's plenty more pace to come from everyone, of course, but that also extends to Mercedes.

Kimi Raikkonen produced the next-best time over the first week, as his day two-topping 1m17.091s on C5 tyres before a late stoppage capped off an otherwise-strong only day in the car this week.

Esteban Ocon, meanwhile, impressed on his return to F1 with the week's fourth-fastest time - set on the final day - with a set of C4 tyres. The 1m17.102s lap he recorded during the morning was just a whisker behind Raikkonen's time from the day before, but on a harder grade of tyre.

Red Bull looks, at this stage, like Mercedes' closest rival - particularly with Max Verstappen behind the wheel. Although the team hasn't shown its hand so far, the car looks as nimble as ever - particularly in the third sector, where the RB16 showed off its handling prowess when taking on the rough kerbs and lower-speed corners.

It looks once more that the car is better suited to Verstappen than his team-mate, although Alex Albon crucially kept the car on the road during his runs - more than could be said for Pierre Gasly last year.

Meanwhile, the Team In Red looks somewhat troubled; while Charles Leclerc suggested that, during day one, Ferrari wasn't going to replicate the testing form that thrust it top of numerous season predictions, the waters in the garage seem to be a little choppy at the moment. 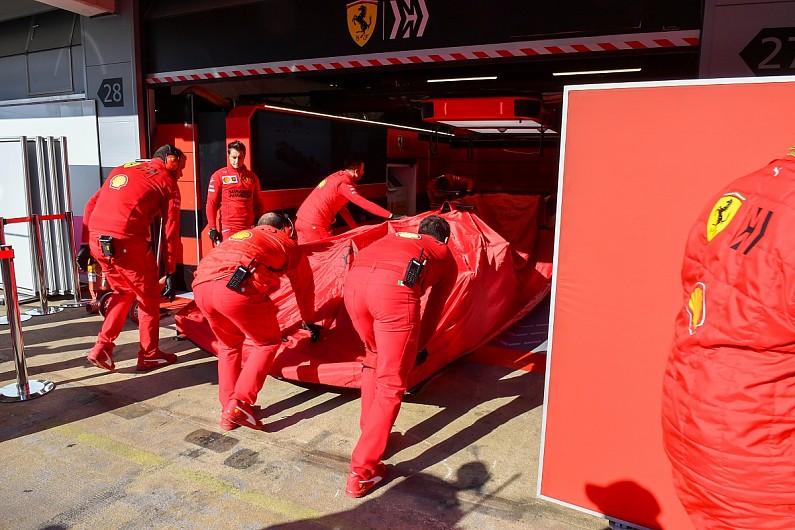 Sebastian Vettel's engine problem on Friday halted running significantly and, although the team does seem to have turned its engine modes down, it just appears to be lacking something.

Neither Vettel nor Leclerc broke free of the 1m18s, and it seemed as though the SF1000 also has the tendency to chew up its tyres.

McLaren showed very little, although the same could be said of its 2019 form - and the team ultimately ended the year as the best of the rest. The MCL35 looks solid and dependable, and team principal Andreas Seidl was pleased with the progress McLaren has made.

Renault, too, has enjoyed a much more amenable pre-season compared to last season.

Ocon's performance towards the head of the field suggested that the Renault is pretty benign in terms of handling, and the returning driver showed no signs of rust during his testing runs.

Daniel Ricciardo also appeared buoyant, and a stop during the final day's afternoon out on the circuit didn't derail his day - instead, the Australian was able to return to the circuit later on to post his fastest time of the week.

Renault struggled for mileage in the opening days, but Ocon and Ricciardo combined to scoop up 169 laps on day three.

One of the biggest talking points was the emergence of Racing Point's brand-new RP20, which bore more than a passing resemblance to Mercedes' W10 from last season.

However, it's a car that both Sergio Perez and Lance Stroll got on with immediately; although the RP20 is a complete departure for the team, there seemed to be little in the way of reliability concerns.

Stroll and Perez collected the fifth- and sixth-best times respectively, and the latter didn't stray outside of the top three on either of the days he was driving.

The decision to draw heavy inspiration from Mercedes should present a low-risk strategy for Racing Point; if the RP20 works, then it could realistically challenge for a strong position in the constructors' championship, but should it prove too difficult, then the team can just pour its resources into developing for 2021.

Like Racing Point, Haas continues to develop its cars inspired by another team, and the American squad has continued to flex its partnership with Ferrari. The updated aerodynamics bear a resemblance to Ferrari's SF90, although Haas must also banish the memories of a tumultuous 2019. 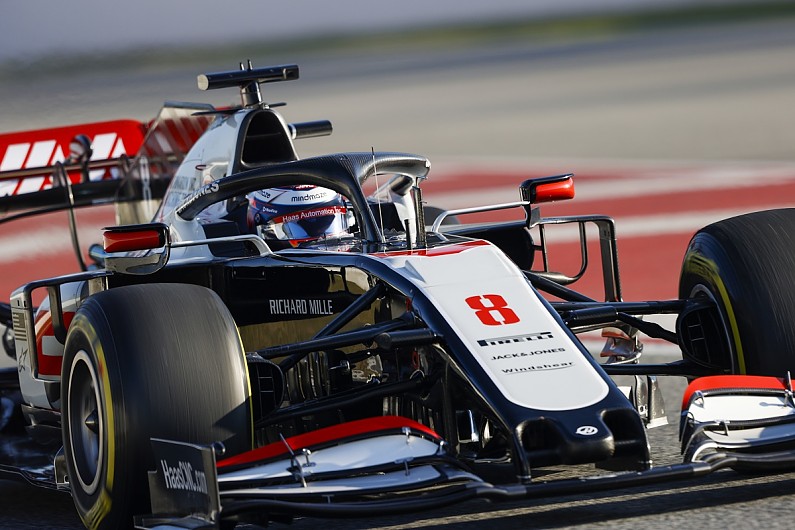 When the VF-20 is dialled in, it looks promising; our technical consultant Tim Wright suggested that Romain Grosjean looked good in the final sector during his runs on Thursday.

But the Frenchman's crash took time away from Haas's scheduled runs, and Kevin Magnussen's puncture after just four complete laps on Friday left the team languishing at the bottom of the lap chart - managing 316 laps, despite Grosjean's mammoth 158-lap stint on day two.

Alfa Romeo's C39 seems to be a decent improvement on last year's C38, and Kimi Raikkonen appeared to struggle less on the brakes compared to 2019.

Antonio Giovinazzi was strong too, having recorded most of the team's running, and collected the fourth-highest number of laps for a driver throughout - only falling behind Hamilton, Verstappen and Carlos Sainz Jr.

AlphaTauri, meanwhile, borrows a number of parts from last year's Red Bull - including back end and suspension components, and most notably has the multilink-style top wishbone that was native to the RB15.

Gasly and Kvyat both seem comfortable with the AT01, although the former was presumably left a little red-faced after an early Thursday spin at the scene of his Turn 9 accident last year.

Lastly, Williams appears to be much improved. This time last year, the team managed a mere 88 laps - just over a quarter of its 324-lap count this time.

An engine issue for rookie Nicholas Latifi shortened the team's Friday run plan, and meant that there's scope to catch up next week, but both drivers reported greater responsiveness and confidence in the FW43 - despite it being just an evolution of last year's design.

Whether the new car has reduced the gap enough to challenge for occasional points remains to be seen, but Williams seems to be somewhat rejuvenated after a chastening 2019. 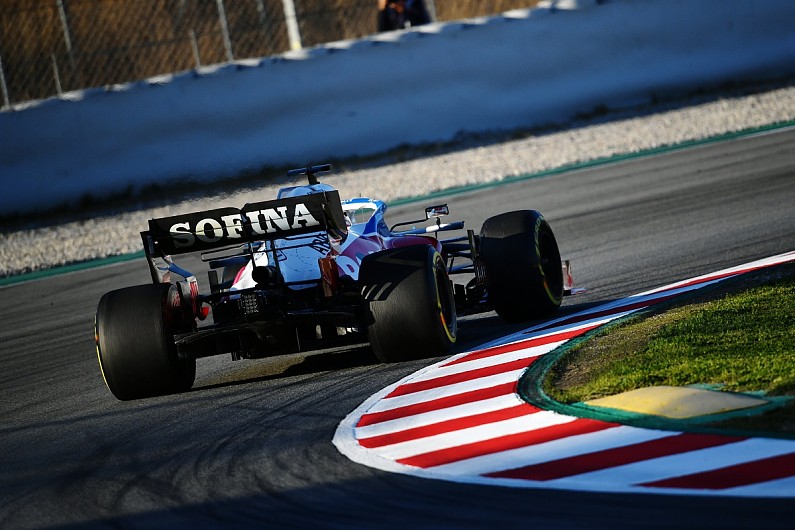