The FIA will only allow Formula 1 teams to run dual-axis steering systems until the end of 2020, and has outlawed the Mercedes-developed device for the start of 2021.

Mercedes' DAS system, which alters the toe angle of the front wheels through the steering wheel being pushed backwards and forwards, was first spotted on the second day of pre-season F1 testing at Barcelona.

The team has checked the device's legality with the FIA, and the governing body's view is that it is allowed because the DAS only alters the steering angle of the front wheels.

While rival teams are now considering whether to copy the idea, or challenge it by arguing that the toe-angle illegally changes the front suspension, it has emerged that the FIA has already moved to prevent teams from running anything like it in 2021.

F1's 2021 regulations, which were published at the end of last year, are clear that any changes to the angle of the steered wheels can only be made by the steering wheel rotating in a defined way.

Article 10.5 of F1's incoming technical regulations states: "The realignment of the steered wheels, as defined by the position of the inboard attachment of the relevant suspensions members that remain a fixed distance from each other, must be uniquely defined by a monotonic function of the rotational position of a single steering wheel."

Sources have confirmed that the interpretation of that regulations means that DAS, and systems similar to it, will not be allowed. 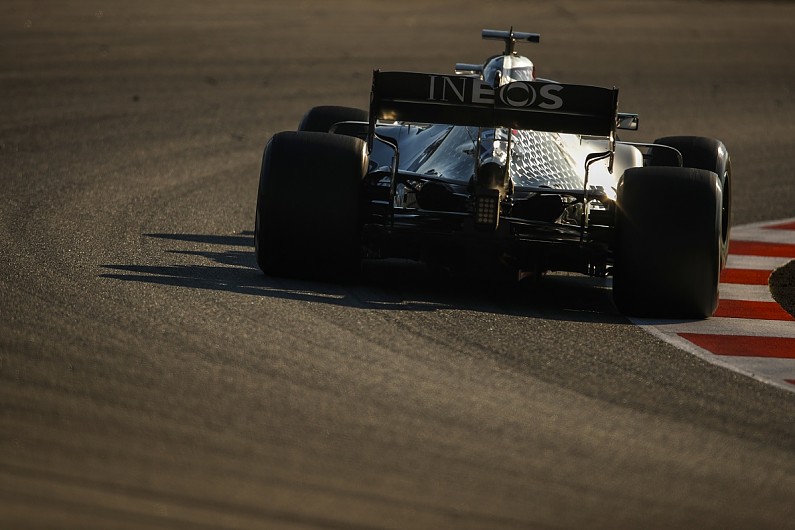 It is unclear if the addition to the rules for 2021 was part of a normal process to clear up certain areas of the current rules, or was prompted as the direct result of the FIA being alerted about Mercedes' plans several months ago.

The one-year grace period for DAS follows recent comments from F1 that such lengthy freedom for radical design ideas will not happen longer term.

Earlier this month, F1 managing director of motorsport Ross Brawn outlined a plan for future governance that will allow ideas that clearly exploit rules loopholes to be shut down quickly.

"If one team stands out there with a solution that had never been conceived and had never been imagined, and destroys the whole principle of what's trying to be done, the governance would allow, with sufficient support from the other teams, to stop it," he said.

"And this is a whole different philosophy.