Formula 1 technical boss Pat Symonds has admitted that the rush to make aerodynamic rule changes to boost overtaking for 2019 were in hindsight the wrong thing to do.

Front wing design rules were tweaked for last season in a bid to make it easier for cars to follow each other.

This idea used some of the concepts produced by early analysis in the work on the 2021 rules, and it was hoped that the revisions would provide insight into the possible success of the future regulations.

But the 2019 cars proved to be no better at running closely than their predecessors and Symonds - F1's chief technical officer - says that the way last year's rule change turned out was far from ideal.

When asked if there had been lessons learned from the 2019 aero rules, Symonds, who was speaking on-stage at Autosport International '20, said: "In shaping these '21 regs, probably not as much as I would have hoped for.

"They were done in a bit of a hurry. And, you know, with the benefit of hindsight, I wouldn't have done them.

"In terms of what they did to the wake of the car, relative to what we've done for 2021, it is miniscule.

"And, in fact, we had never run exactly the sort of configuration that the rules came up with.

"We'd done a lot of research by that time [when the 2019 rules were issued] in mid-'18 and we were starting to understand critical areas, but we hadn't run the configuration we had to actually get some rules out for.

"So I think we could have done that whole exercise a bit better.

But I don't regard that in any way as a precedent for what we've done into 2021." 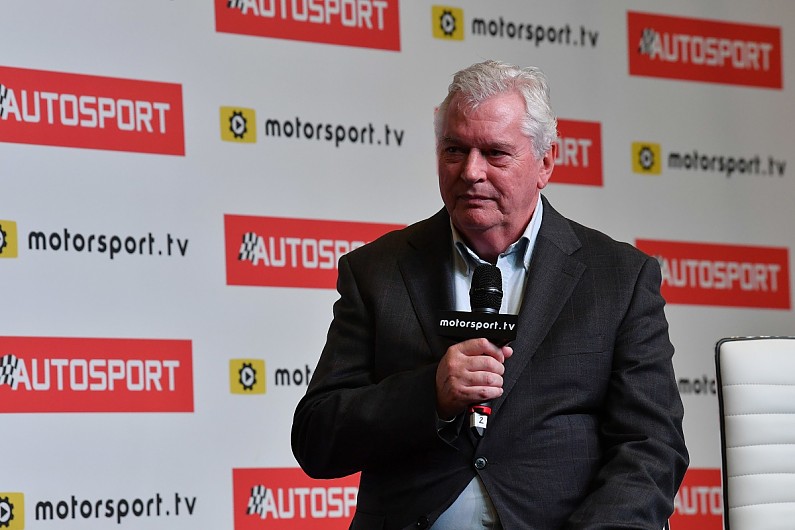 Despite the overtaking difficulties last year, F1 had a series of good races - something Symonds predicts will continue for 2020.

He also reckons teams will face a tough task when it comes to working out how best to split development work between their current cars and their 2021 models.

"If there is domination at the front, then that dominant team, whoever it may be, can probably afford to switch a little bit earlier," he said.

"And that I hope will stop the teams from sitting back and just getting on with the 2021 cars.

"Some of the teams towards the back may be able to have a little bit more effort on the 2021 car. So, we should see a good season this season.

"And even though change generally will initially separate the cars before they start coming together again, I hope that in 2021 we're going to see good racing as well."