Max Verstappen reckons it would be a "waste of time" for Fernando Alonso to come back to Formula 1 if the two-time champion cannot get a competitive car.

Alonso walked away from F1 at the end of 2018 and has since wrapped up a World Endurance Championship LMP1 title, added a second Le Mans 24 Hours victory, attempted to win the Indianapolis 500 and started preparations for his Dakar Rally debut.

But he has continued to hint he may aim for a return to F1 in 2021, when sweeping new rules will be introduced and several top drivers are out of contract.

Red Bull racer Verstappen said he would "absolutely" welcome Alonso back, but he said a racer "should only come back" in the "right circumstances".

"He's a great driver and it would be good to see him if he could come back, but only in a competitive car," said Verstappen.

"Otherwise I think it's just a waste of time for him. But I think he knows that himself."

Alonso left F1 after four disappointing seasons with McLaren that failed to yield a single podium finish, while he last won a grand prix in 2013.

The double world champion finished runner-up three times during his Ferrari stint from 2010 to '14, but his final year with the Scuderia was stymied by the team's poor start to the V6 turbo-hybrid era.

Mercedes, Ferrari and Red Bull may all potentially have seats available in 2021, with Verstappen, Lewis Hamilton, Valtteri Bottas and Sebastian Vettel among the leading drivers definitely out of contract. 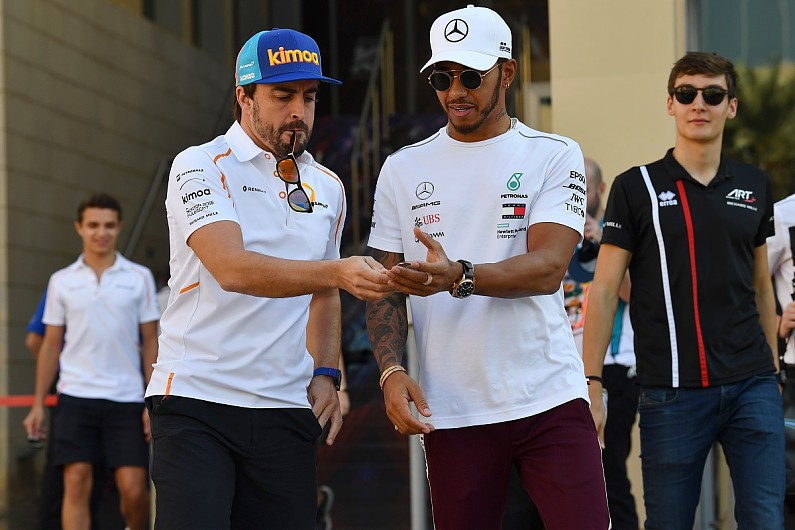 "It's interesting to see in the past, with drivers wanting to come back, like Michael [Schumacher], and it's something you've done your whole life.

"I haven't spoken to Fernando so I don't know how he's been feeling or how much he's missed it, but I don't think it would be bad for the sport.

"Ultimately, there's a lot of young kids on their way up and there's only 20 seats, so he has also had his period of time there, but if there's no other good youngsters coming through then there definitely is space.

"Some that are currently here probably could be replaced, so I would welcome it."