Have you ever been tapped on the shoulder by a six-time Formula 1 world champion? Despite the regularity of his podium finishes, Mercedes-AMG Petronas Motorsport's Lewis Hamilton still knows how to spring a shock.

This article is brought to you by BOSE

Taking time out from a hectic schedule of races where he moved into second on the all-time list of world championships won - one behind Michael Schumacher - Hamilton visited Mercedes-Benz World at ex-Grand Prix venue Brooklands to give some of his fans the surprise of their lives.

Told they were attending to test a new aspect of the Bose Headphones 700 product, fans instead stood just inches from their hero as Hamilton was hidden behind a screen and ready to surprise them.

"We're here at Brooklands with Bose and we're pranking the fans," Hamilton explained.

"There are seven fans who have come down to test the headphones that we have.

"They're going to ask me questions and I'm going to respond from this side of the wall." The fans were told the headphones had a beta-version Hamilton-soundalike voice assistant that needed testing - but in reality, the world-champion himself was replying.

"They don't know I'm back here. When they get to the third question, it's a personal question they're going to ask me. 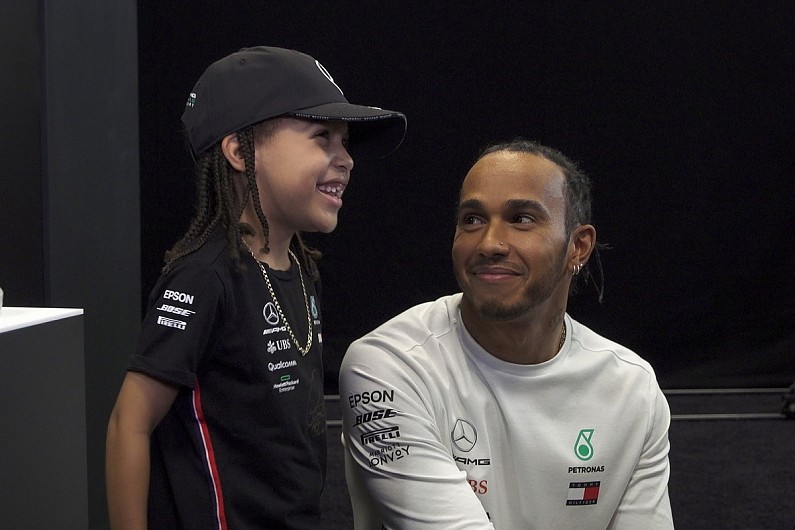 "I'm going to come around there and tap them on the shoulder and surprise them. But I still have a role to play back here, so I'm a little nervous each time.

"I'm nervous as I guess I don't know what questions they are going to ask me, but still you want to deliver it in the right way. I don't want them to hear me over the roof either."

Luckily the noise-cancelling abilities of the Bose Headphones 700 meant Hamilton remained undetected behind the screen until it was time to pounce.

Hamilton could have fooled anyone with his voice, as he slowed down and had an almost robotic undertone added to fool those listening into thinking it wasn't him.

Joking with the crew between takes, Hamilton looked as relaxed as ever as he reaches the peak of his powers in Formula 1, and continues to find his voice off the track.

Not content with the shock of meeting their racing hero, Hamilton came out from the screen one last time to spend time with the seven fans and their families. 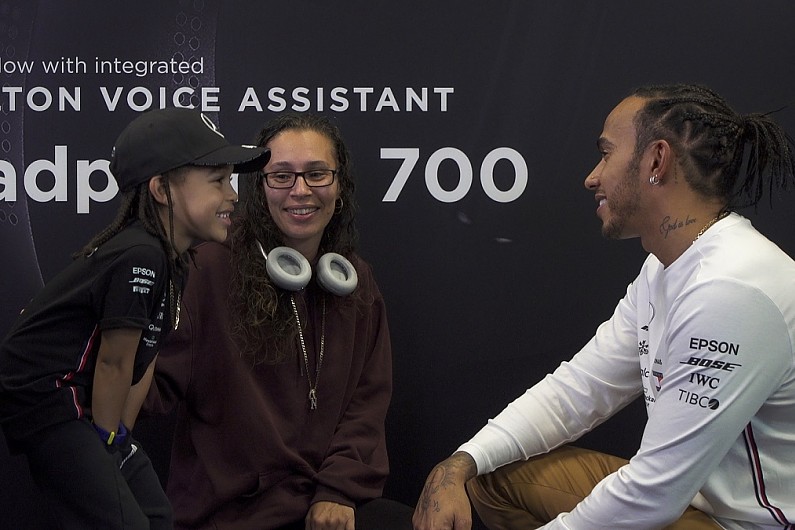 As well as signing hats, t-shirts and anything else that will hold ink, he answered questions from a range of subjects and above all, spent a few minutes with those who idolise him. In that moment he was just another human being with every-day questions to ask and answer.

Everyone got face time with the champion. A perfect way to end a day where Hamilton really did make dreams come true for his fans.

Watch our exclusive video to see the full interview, in partnership with Bose.

To discover more about Bose, please visit the website.