Ferrari's Mattia Binotto has labelled the Brazilian Grand Prix clash between Sebastian Vettel and Charles Leclerc a "silly action" that will be dealt with at the Formula 1 team's headquarters.

Leclerc passed Vettel for fourth place at the first corner towards the end of the Brazilian GP and the two made contact on the run to Turn 4 moments later, when Vettel tried to re-pass on the outside.

Though Vettel moved over on his team-mate and triggered the clash neither drivers punished as the stewards determined nobody was wholly at fault.

Binotto said Ferrari's review would not be about establishing blame or whether to punish either driver.

"It's not a matter of fining [them] or who we blame," said Binotto.

"I think that today they were free to fight. They knew that.

"The reason for that is we secured second place in the constructors' championship and they were battling for their own position in the driver's championship.

"[But] 'free to fight' doesn't mean to do silly actions, especially between two team-mates, between the two Ferraris.

"For me, today was simply a silly action." 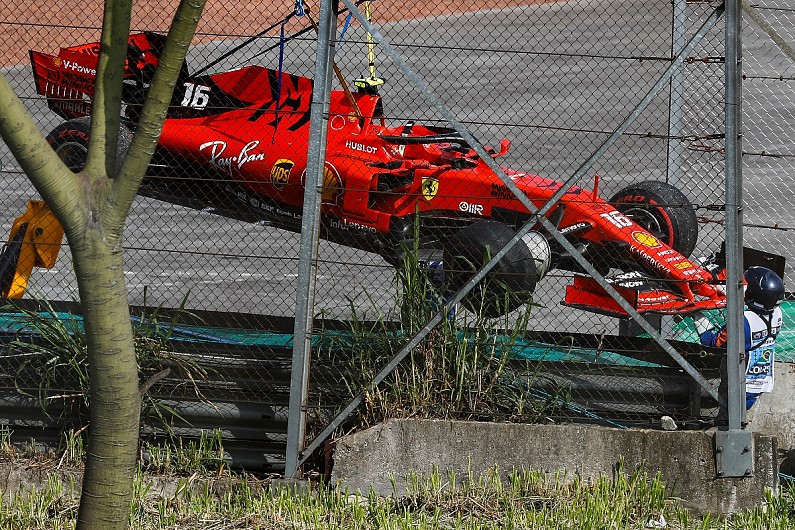 Asked by Autosport for his thoughts on the incident, Ferrari team principal Binotto said it would not be handled fully until they returned to the team's Maranello base next week.

"I have not reviewed it yet," said Binotto. "I don't want to do it today.

"I think that when doing seems in the heat you may have the wrong conclusions.

"Whatever will be the judgment, the most important thing is that we are disappointed and sorry for the team.

"First, the two drivers should be sorry for the team. Because it was a very small crash with big consequence.

"But that is a silly thing that should not happen.

Four-time world champion Vettel and his new-for-2019 team-mate Leclerc have had tense moments in their first season paired together this year, although this has related to Ferrari's use of team orders rather than any flashpoints involving contact.

Ferrari has switched between implementing orders on its drivers and allowing them to race one another, a tactic Binotto does not regret.

"When we try to managed the drivers this season we have been criticised by doing it," he said.

"There is always a reason for what we are deciding to do and today was right to let them race."