Mercedes boss Toto Wolff will miss his first Formula 1 race since 2013 when he skips this weekend's Brazilian Grand Prix now that the championships have been won.

Wolff has been ever-present during Mercedes' impressive run of six consecutive F1 title doubles, but amid the backdrop of other important matters - including future rules and his team's commitment to race on from 2021 - he has chosen to not travel to the Interlagos event.

"Brazil will be the first race since 2013 that I won't attend," said Wolff.

"With both championships secured, it gives me more time in Europe to focus on other open topics.

"It's great to be able to do this and to know that the team will represent the three-pointed star in the best way possible both on and off the track."

Mercedes is also about to make its debut in Formula E, which commences for its 2019-20 season in Riyadh in the week between the next two F1 races.

Lewis Hamilton's runner-up position in the United States Grand Prix was enough for him to claim the drivers' title, so with the battle between its drivers called off there is little pressure on Mercedes over the remainder of the F1 campaign. 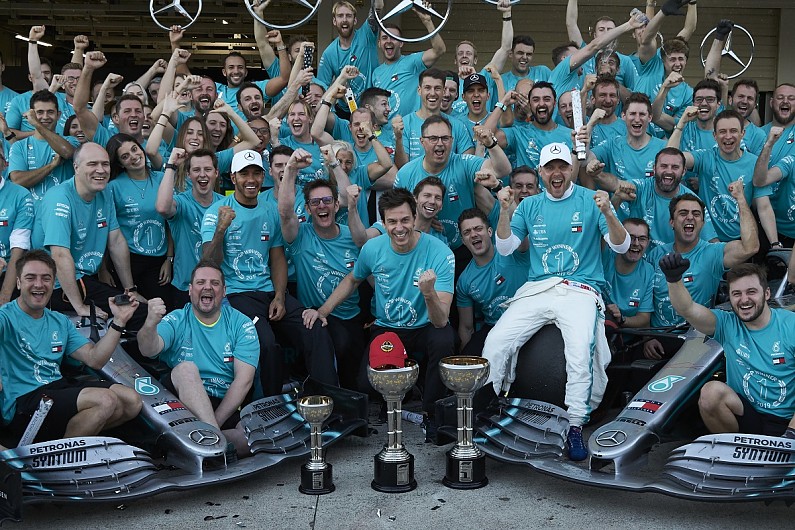 Wolff made clear that Mercedes is still hungry to keep its success rolling until the end of a year in which main rival Ferrari has made good gains over the second half of the season.

"We have two races to go in the 2019 season and we want to end this season on a high," added Wolff.

"The next stop takes us to Brazil which brings back fond memories from last year when we were not only able to win the race but also secure the constructors' championship at Interlagos.

"It's a very short track which makes qualifying particularly challenging as the margins are very small.

"We have generally not had the fastest car on Saturdays since the summer break, but we were able to take pole in Austin and will try to fight for a front row start again at Sao Paulo."