Red Bull driver Verstappen bested Sebastian Vettel by 0.218 seconds in Saturday morning's session at Austin, but Vettel ended up the only Ferrari driver to set a lap time.

Twenty minutes into the session his team-mate Leclerc seemed to lose power towards the end of the lap and pulled over on the run-off before the penultimate corner.

Light smoke was emerging from the rear of his Ferrari as he came to a rest and continued to do so as the car was wheeled behind the barriers.

Ferrari later said the issue was an oil leak, and began work to change to a previously used engine in time for qualifying.

The recovery of Leclerc's car, which was eventually returned to the Ferrari garage mid-way through the session, caused a brief virtual safety car period before the session resumed under green flag conditions. 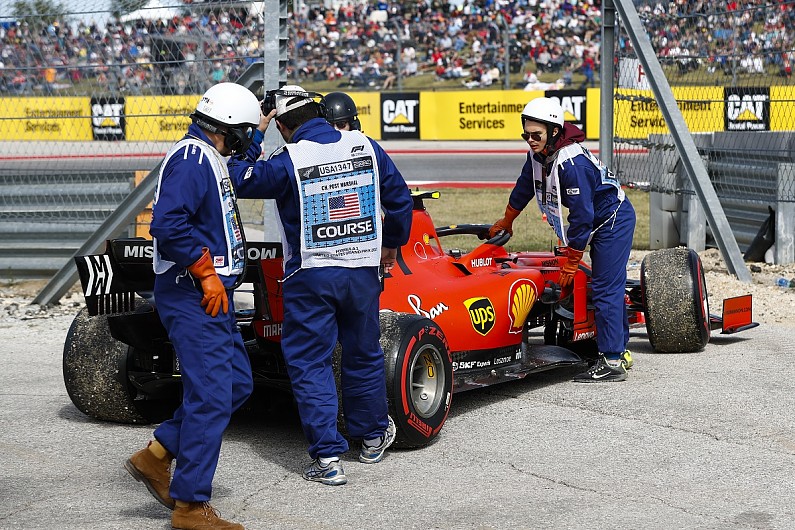 Vettel and Verstappen duelled for the fastest time on the first runs before Valtteri Bottas kicked off the next new-tyre efforts and jumped to first with the first sub-1m34s lap, a 1m33.904s.

After having an earlier lap deleted for running too wide exiting the penultimate corner, Vettel found almost a second on new rubber and lapped almost four tenths quicker than Bottas.

Verstappen initially set a time within two tenths of Vettel's 1m33.523s, and locked up at Turn 1 as he tried to improve.

He did eventually depose Vettel one final time, clocking a 1m33.305s to take the top spot for good with seven minutes to go.

Neither Mercedes driver seriously threatened to top the session and as Bottas and Lewis Hamilton ended up more than half a second adrift, Norris stole an unexpected third.

The rookie was just 0.533s slower than Vettel as his 1m33.818s beat Bottas by eight-hundredths of a second and Hamilton by just over a tenth. 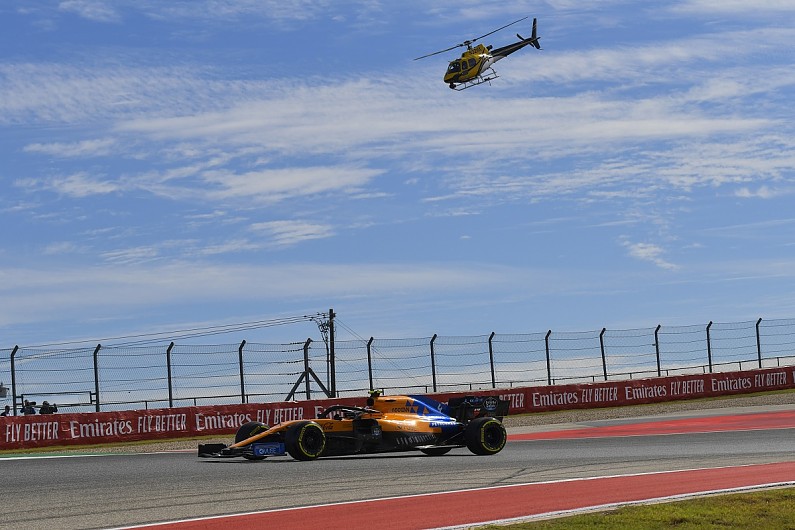 Carlos Sainz Jr was twice as far from the benchmark in seventh as his team-mate Norris, but shunned the soft tyre for most of the session.

He was 1.1s off the pace, but a tenth quicker than the Alfa Romeo of Kimi Raikkonen in eighth.

At the back of the field, without a representative time in 19th, Sergio Perez's Racing Point was fitted with a new engine, turbocharger, MGU-H and MGU-K for final practice.

The engine changes and lack of qualifying simulation work were tactical decisions from the team as Perez will start from the pitlane because of a weighbridge infringement on Friday.

Perez will be hit with a grid penalty for the engine component changes but it will be an irrelevant formality for the Mexican, who now has the fresh components available to him for this weekend and rest of the season.