Pirelli is working with the Formula 1 organisation to improve the "misleading" on-screen tyre graphics that were used for the first time during the Japanese Grand Prix.

F1 has continued to experiment with graphics in an effort to provide viewers with extra technical information. At Suzuka, numbers related to tyre condition, with a percentage for each corner of the car, were shown on screen.

But Pirelli F1 boss Mario Isola said that the innovation came as a surprise to the tyre supplier and suggested that the information was "misleading", stressing the number of variables means it is impossible to make such predictions.

In an effort to understand where the information used in Japan came from and to improve the service in the future, Pirelli met with F1 TV representatives in Mexico on Saturday.

The plan is to have more emphasis on performance than the more generic condition.

"That data is not coming from us," Isola said of the Suzuka experiment.

"And I think it's very difficult to predict the level of wear of any car. We make an estimation based on an average, but then you have data related to each single car and they are different.

"And this is something that also the teams would like to know.

"Because if you have a reliable prediction of the wear, as a team, you have a big advantage. So you can understand it's information that's really difficult to get." 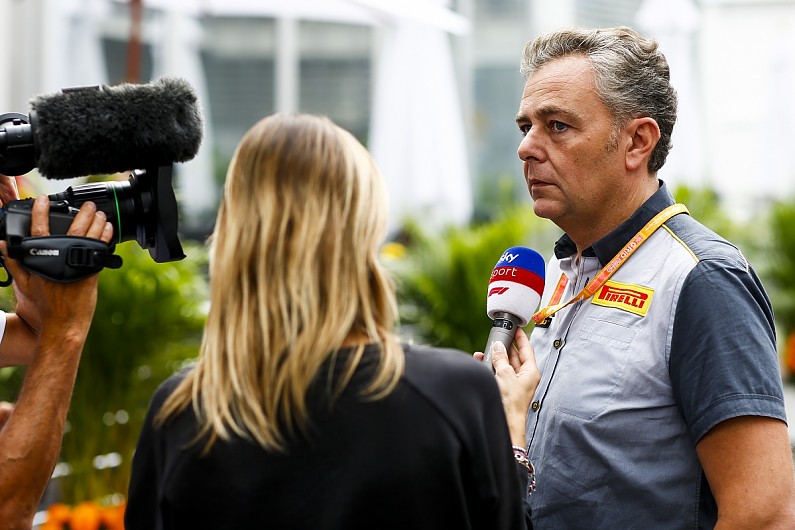 Isola stressed that many factors play a role in determining tyre wear: "The driving style, the car, the level of management during the race, the conditions that you have on Sunday compared to Friday, because the data is estimated on Friday.

"If on Sunday you have 10 degrees more or 10 degrees less, it could be different. If you are in free air, or if you are in traffic, it's different, and also how much you are managing the pace for the fuel.

"There are too many parameters that you should consider in this calculation. If you have an estimation of 25 laps, if after 10 laps you say 15 are left, I think it's not accurate.

"We will talk to them to understand a bit more, because it was a surprise in Suzuka to see this data. It is misleading."

UPDATE - F1 announces how graphics will work in Mexico

Ahead of Sunday's race in Mexico City, F1 announced that viewers will see an "improved version of a new on-screen graphic, titled 'Tyre performance'.

An F1 statement continued: "The graphic will provide an insight into the current condition of any car's tyres, in terms of relative performance, by analysing timing and telemetry information and estimating lap time lost due to tyres, whilst concurrently calculating the single tyre energies, and provide the viewer with a more accurate understanding of a tyre condition's effect on performance on the platform.