Max Verstappen has lost his pole position for the Mexican Grand Prix for failing to slow for the yellow flag triggered by Valtteri Bottas's crash in Formula 1 qualifying.

Verstappen was already on provisional pole when Bottas crashed on the final runs in Q3 and did not need to improve again as others failed to beat his time.

However, he admitted that he did not back off through the final corner despite seeing Bottas's crashed Mercedes ahead, which meant he set a new fastest final sector of the session and an even faster lap time.

The Mexican GP stewards have opted to hit Verstappen with a three-place grid penalty for ignoring the single yellow flag that was being shown at the final corner.

Verstappen has also received two penalty points on his licence.

The stewards' report stated that Verstappen was not aware of the yellow flag on the left-hand side of the circuit.

Despite reiterating to the stewards he had noticed Bottas had crashed, and the fact "the waved yellow flag was clearly visible and shown with enough notice", Verstappen failed to reduce his speed.

The stewards also specifically referenced Sebastian Vettel, who had arrived at the scene before Verstappen and "reduced the speed significantly as per the regulations". 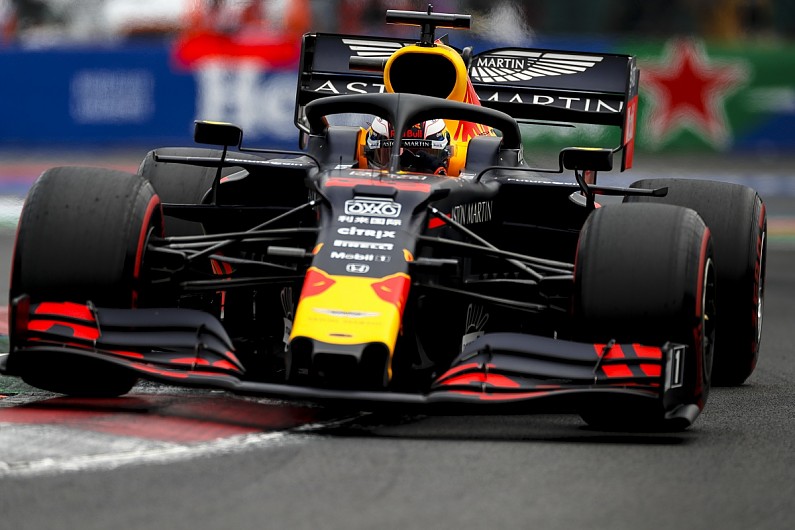 Verstappen said: "It is very disappointing to be handed a grid penalty for the race and Ferrari will be very quick tomorrow so tyre life will be important but we have a really good race car so it should be a close fight."

His team boss Christian Horner lamented the penalty after a "phenomenal performance" in qualifying.

"It is a great shame that Max has lost pole position and will now start from fourth place on the grid following a penalty for being found to not slow sufficiently following Bottas' incident."

Verstappen's penalty drops him to fourth and promotes Charles Leclerc to pole, with Vettel completing an all-Ferrari front row.

Lewis Hamilton will now start third, with Verstappen alongside.