Ferrari Formula 1 driver Charles Leclerc says he saw himself in the wall "two or three times" during his "crazy" pole lap in Singapore Grand Prix qualifying.

Leclerc secured his third pole position in a row, and fifth of the season, as Ferrari shocked pre-event favourites Mercedes and Red Bull at the Marina Bay circuit.

Sebastian Vettel was on provisional pole after the first run in the final part of qualifying but Leclerc overhauled his team-mate at the end, and now has the most poles of any driver this season.

Leclerc said: "It was quite a crazy lap. The first one I compromised it, I started it too close to Lewis.

"That compromised the second sector, and then I had quite a bit of pressure to perform on the last lap.

"I gave it all. There were quite a bit of mistakes, I lost the car quite a few times and I saw myself in the wall at least twice, or three times in the lap.

"But it felt amazing. The car was great.

"Friday was a very difficult day for me and to come here in qualifying and do pole position feels absolutely amazing." 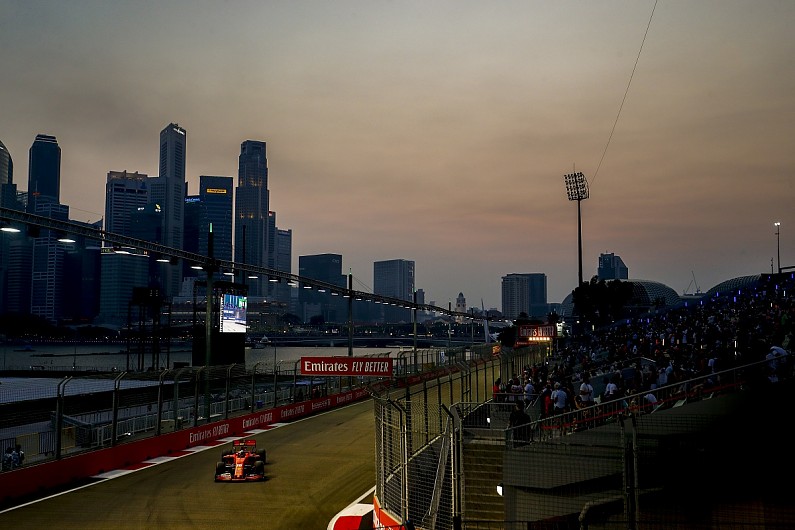 Leclerc said he could not really explain how he kept control of the car in those moments, as "it becomes instinctive".

He described slides at Turn 3 and Turn 11 as "quite big" moments.

"I was actually quite surprised I didn't lose so much time," said Leclerc, who qualified on pole by 0.191s.

"Everything after that went smooth, I was just giving it my all.

"It was quite intense in the car but I am very happy."

Vettel eventually slipped to third behind Mercedes driver Lewis Hamilton after aborting his final run in Q3. He said he had already lost "a little bit" in the first sector of the lap and eventually realised improving his time was a forlorn effort.

"[I was] playing catch up and trying to take more and more risks throughout the lap which didn't pay off and the last lap didn't come together," said Vettel.

"Overall it is a good result for us putting the car first and third for the team is great.

"It was not a track where we expected to be so strong. I'm happy with that, but not happy with the very end of Q3.

"The car was good today and pole was in the grasp but let's see what happens tomorrow."