Specific measures will be in place at Formula 1's Singapore Grand Prix in response to health advisories from the national government over "unhealthy" air concerns.

Daily advisories have been issued by the National Environment Agency since the start of August since drier-than-normal weather conditions in Singapore and the surrounding region were forecast.

Nearby Southeast Asian islands have produced "hotspot activities with smoke plumes" that triggered the risk of transboundary haze, a form of air pollution that crosses territories.

Though the situation is not as severe as in 2015, when an air pollution crisis affected multiple countries in the region, weekend advisories from Singapore's NEA warned of Pollution Standards Index readings of more than 100, which is "unhealthy".

An NEA advisory on Sunday evening stated that despite gradual improvements, 24-hour readings were still in the "low end of the unhealthy range".

It is hoped that this will progress further in the coming days, although PSI levels can change quickly hour-to-hour.

There is currently no threat to the Singapore GP itself or the racing and entertainment schedule for the weekend, but organisers have acted in response to the ongoing haze concern.

High "unhealthy" PSI levels can require people to stay indoors, reducing activities and physical exertion, however, the air quality forecast for the next 24 hours means "everyone can continue with normal activities".

That means drivers competing in the Singapore GP should not be at risk of feeling unwell, and nor should spectators attending the event. 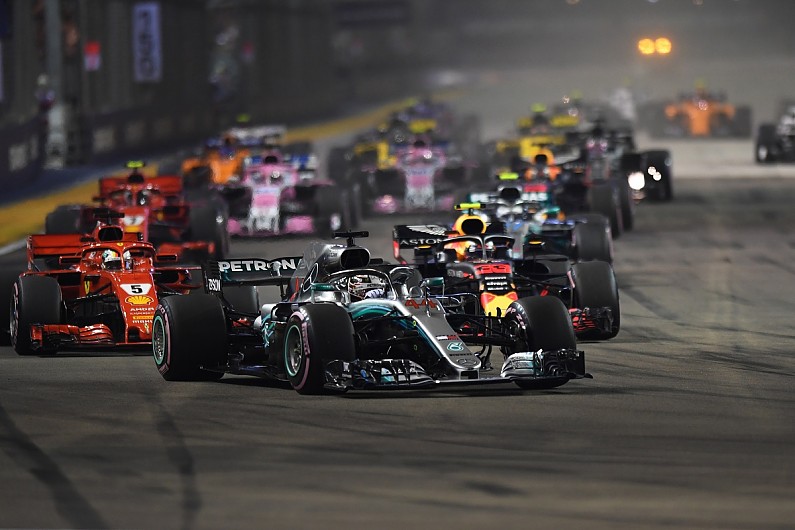 However, vulnerable people not feeling well, "especially the elderly and children, and those with chronic heart or lung conditions", should seek medical attention.

In the interest of spectator safety, there will be prominent information in line with the latest advisories and PSI readings on-site at the Singapore GP this week.

In a statement to Autosport, a spokesperson for the Singapore GP confirmed that the PSI reading and latest health advisory will be on the event website, mobile app, big screens between on-track sessions and broadcast on the in-circuit radio system.

The relevant advisory will also be posted at entrances to the circuit.

First-aid posts on-site have been placed on standby to handle any possible haze-related conditions.

These posts will also have N95 masks, the most common respiratory filters, for vulnerable people "such as the elderly, children, pregnant women, as well as those with chronic heart or lung conditions".

All spectators will be able to purchase these masks at a "nominal price at merchandise booths" if air quality reports reach a "high" or "very unhealthy" level.

"The haze situation is highly changeable not only from day to day but from hour to hour," said the Singapore GP spokesperson.

"Therefore, it is currently not possible to reliably predict what the PSI level might be over the race weekend.

"We will continue to work closely with all the relevant government authorities to receive the best possible forecasts when they are available."