Lewis Hamilton was "cracking up" when he saw Max Verstappen's comment that Nico Rosberg is "the new Jacques Villeneuve", and believes retired drivers are critical because they are now "irrelevant".

Rosberg left F1 after winning the world championship in 2016 and has since become a regular pundit on British and German television and on his own YouTube channel.

He criticised Verstappen's driving in the Belgian Grand Prix last weekend, which led Verstappen to respond by comparing Rosberg to 1997 world champion Villeneuve, who has regularly expressed strong and contrary opinions since his F1 career ended.

Hamilton had a fiery relationship with Rosberg during their time together at Mercedes and posted on Instagram that Verstappen's comment about his old team-mate had him in "stitches". 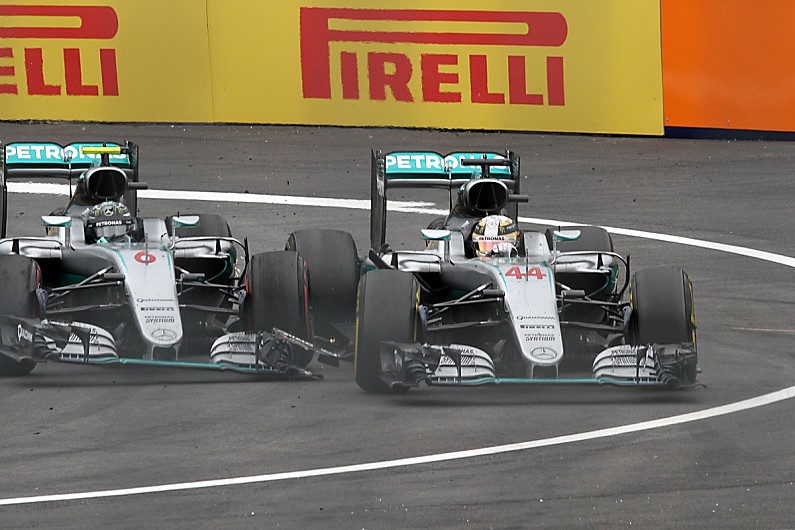 Asked after Italian Grand Prix qualifying to expand on ex-drivers commenting on the current grid, Hamilton said: "I don't really think much of it, to be honest.

"I thought it [Verstappen's remark] was really funny. I think Max is generally a really funny guy so I was cracking up when I saw it.

"And then when drivers retire they become those critics, so it's an interesting dynamic.

"Unfortunately drivers become irrelevant when they retire and ultimate have to hang on to utilise other people's light to keep them in the light.

Responding on Sky to Verstappen's Villeneuve comparison, Rosberg acknowledged that: "Villeneuve is in the news in the paddock every single weekend, criticising individual drivers very harshly and not in a nice way.

"It's not necessarily a compliment from Verstappen towards me, to be the new Villeneuve."

Addressing Verstappen's comment as part of Sky's F1 coverage at Monza, Rosberg stood by his claim that Verstappen was in the wrong at Spa because he had a broken car yet attacked Eau Rouge "flat out".

"I would have backed off and been a bit careful and he was flat out, balls of steel and of course goes straight on and shunts," laughed Rosberg.

Verstappen said he had not been irresponsible after picking up damage with his first-corner clash with Kimi Raikkonen.

Onboard footage also showed Verstappen was approaching Eau Rouge at a reduced speed.

"The trackrod was bent, so I was driving slowly trying to get it back to the pits," said Verstappen.

"But then I went up Eau Rouge and because of the compression it broke.

"So my wheel started moving around, so then Kimi clipped it thinking I think that I drove into him, but I didn't, I was steering and it didn't do anything." 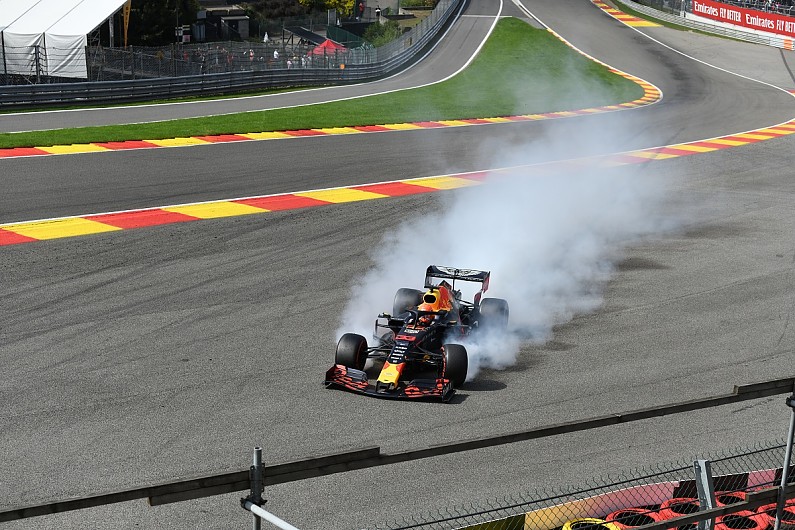