With the 2020 grand prix calendar set to expand to 22 races, F1 is believed to be heading towards a revamped testing schedule, with options such as a single five-day test week or six days across two weeks proposed to replace the current eight-day arrangement.

Kvyat is convinced, however, that either of these moves would be wrong for F1, as they would mean the balance between real on-track testing and simulator work for an F1 driver would shift further towards the latter.

"I disagree with that [idea] completely, to be honest, because we already have too little testing," Kvyat said.

"I mean, we should do more real driving, rather than simulator driving. I 100% disagree with that.

"What we are doing now is a minimum from a driver point of view.

"I am not too keen to drive in a simulator, I'd rather do a lot more test days and travel even [more]. 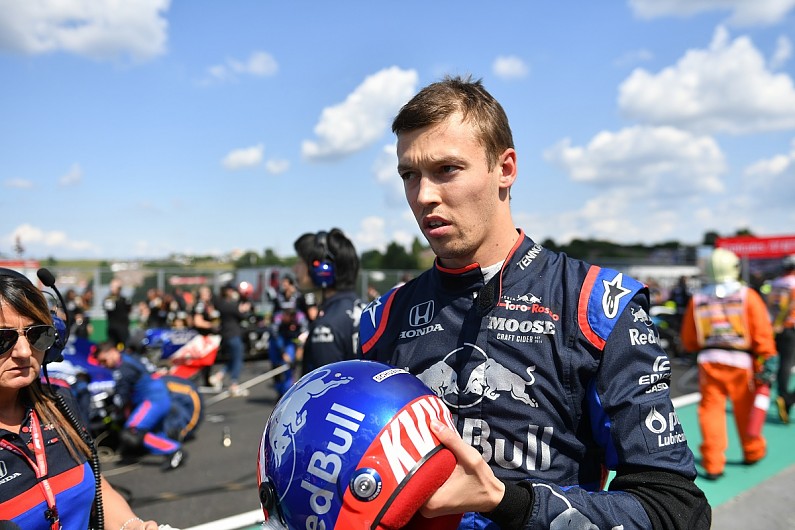 "This is not the way Formula 1 should be. We should be driving.

"This is the only sport where we practice so little outside the racing weekend.

"Maybe I am not saying [it needs to be] as much as it was in the past with free testing, but we shouldn't get less than now, I think."

Kvyat believes that the ideal amount of official testing per year lies somewhere "between 16 and 20" days, as opposed to the current 12 days.

"But then also the amount of races will increase next year, so it goes a bit against it, but then maybe simulator should be reduced or something. I don't know.

"But me as a driver I would rather [prefer] so much more [to] drive the real car on a real track, than do this simulator job. No way!"

Kvyat's now-former team-mate Albon has likewise argued against a reduction in testing, believing it would adversely affect newcomers to grand prix racing.

"I think it's the wrong way, to be honest," said new Red Bull Racing driver Albon.

"I know we've got budget cuts and everything like that but you also have to respect rookies, I think.

"In the end it has to be for cost reasons, which I kind of understand, but the big teams, when they're not testing, then they invest the money in software, et cetera, and they'll always spend the money elsewhere to develop simulations to simulate testing.

"So I kind of understand the reason but I wouldn't wish anyone to be a rookie and to only do that amount of testing."