Ferrari Formula 1 driver Sebastian Vettel was confused by the missed upshift and lack of grip he suffered during "a bit of a funny" French Grand Prix qualifying session.

The four-time world champion's disappointing weekend at Paul Ricard started early when his Ferrari team failed in its bid to get an FIA review into the penalty that cost him victory in his previous race in Canada.

Ferrari's upgrades have also not worked as expected, and the team decided to remove the SF90's new floor after Friday practice.

Mercedes went into qualifying with a clear advantage over Ferrari and translated that into another one-two, but Vettel aborted his first lap and only managed a mediocre second lap in Q3, which left him seventh on the grid - four places and 0.8 seconds behind team-mate Charles Leclerc.

Vettel cut his first run short after failing to upshift into fourth gear exiting the chicane on the Mistral Straight.

The onboard video from Vettel's car shows it bouncing off the rev limiter exiting Turn 8, and Vettel - who could not explain on Saturday evening why it happened - quickly backed off.

"I don't know why I missed the upshift, and then I lost so much momentum that it was pointless to finish the lap, so I aborted," said Vettel.

"I lost so much time that it was no point to continue."

Vettel's qualifying did not improve much beyond the aborted first lap, as his only flying lap was a 1m29.799s that left him seventh.

That was slower than the time he set on harder tyres in Q2, which would have been good enough for sixth in Q3. 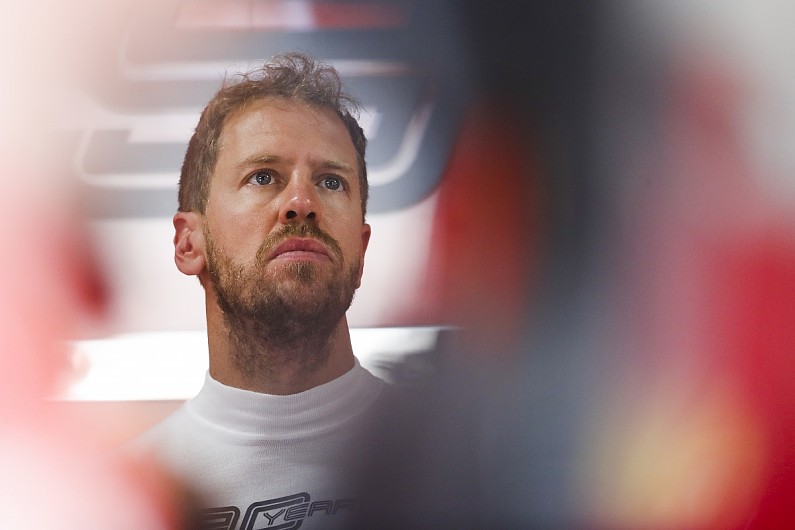 "On the last lap I don't know, I just couldn't feel the same car that I had maybe in other parts of qualifying," Vettel admitted.

"Obviously it was a bit of a funny session, I didn't get a consistent feel for the car, and didn't extract the maximum today, so I can't be happy with that."

Analysing the two Ferrari drivers' best laps reveals how much Vettel struggled with the front end of his car compared to his team-mate.

At the start of their laps, Vettel is visibly applying more steering lock through the tight Turns 3, 4 and 5 complex and attacking the kerbs more.

On the exit of Turn 6, the right-hander that leads to the Turn 7 kink and back straight, Vettel has a quick wobble that costs him momentum.

Over the rest of the lap, Vettel struggles to force his car to the apex with the same success as Leclerc.

He is slightly off-line through the middle part of the chicane on the Mistral Straight, and cannot hassle the car back to the apex as effectively as Leclerc for the second part of the long right-hander at the fast Signes sweep.

The final key difference between their laps comes on the exit of the final corner, where Vettel runs wider onto the kerb.

"It was difficult for me because some laps it was really good and it was just coming, and other laps, I don't know why I didn't have the grip that I seemed to have the runs before," said Vettel.

That is why there is no single major moment that explains Vettel's poor time, but a sequence of small but significant imperfections that combine to make a 0.834s deficit compared to his team-mate - and consign him to the fourth row of the grid. 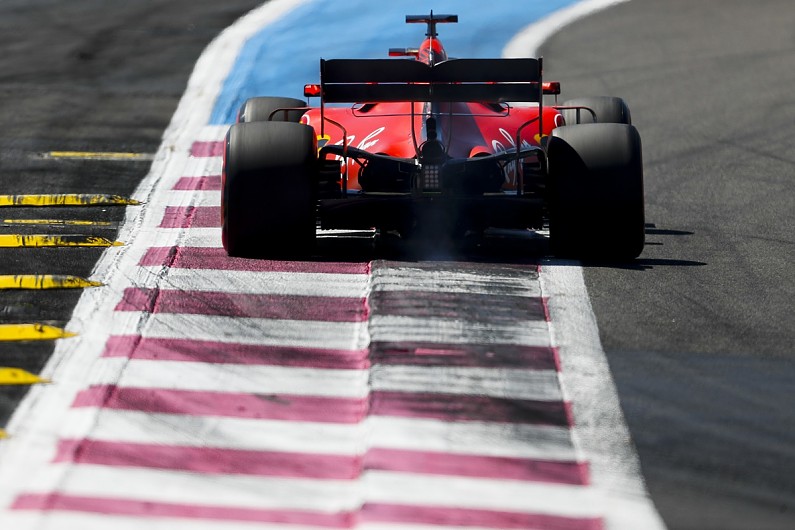