Honda has made the tactical decision to break the seal on Daniil Kvyat's new MGU-H and turbocharger despite having no intention to change either Formula 1 engine component.

The FIA's post-Friday practice scrutineering checks revealed that a seal was found broken on the newly introduced turbo and MGU-H on Kvyat's car.

This has been referred to the French Grand Prix stewards, as such seals are applied to the relevant elements of the power unit prior to them being used for the first time at a grand prix, "in order to ensure that no significant moving parts can be rebuilt or replaced."

Although Honda has no intention to actually replace either part, Honda has broken the seal because according to the FIA's definition Kvyat is now technically on his fourth turbo and MGU-H of the season.

With a 10-place grid penalty only applied the first time an additional element is used, it means using extra components later in the year will now only trigger a five-place grid drop.

Therefore, Honda's strategic seal break means Kvyat can now use another MGU-H, turbo, or any of the other components that have already triggered a penalty in France, later in the year and only lose five positions from his qualifying berth. 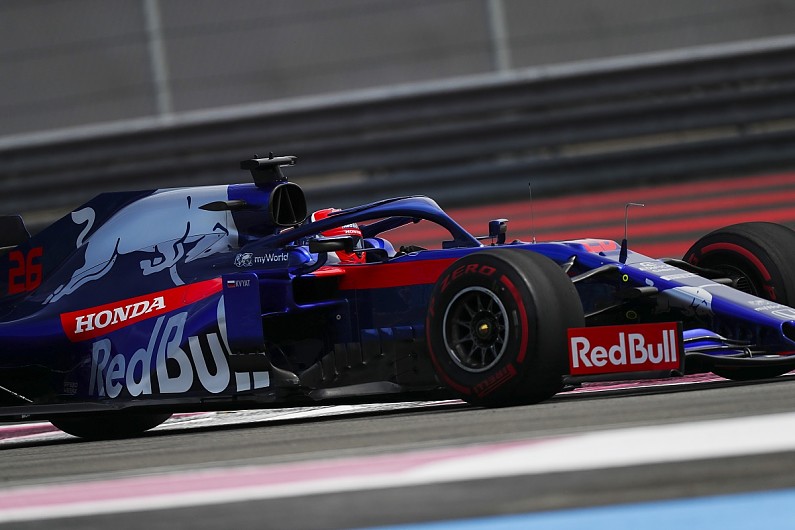 What the rules say

The sporting regulations state that if an FIA seal is removed after a component has been used for the first time, the part "may not be used again" unless they were removed under FIA supervision.

However, Honda has acted strategically because a new seal on the same MGU-H and turbo makes them count as a new part under the FIA's definition.

The FIA's sporting regulations state that a driver must not use more than three internal combustion engines, three MGU-Hs, three turbochargers, two MGU-Ks, two energy stores and two control electronics in a season.

One additional element beyond that triggers a 10-place grid penalty and a cumulative penalty beyond 15 grid places requires the driver to start at the back of the grid.

Honda's introduction of its Spec 3 engine for this weekend means Kvyat has taken a fourth internal combustion engine and a third MGU-K, energy store and control electronics.

Each of those changes would give him a 10-place grid penalty, so he was already consigned to starting the French GP at the rear of the field.

Honda's decision to break the seal of the newly-fitted turbo and MGU-H - which were also fresh at the start of Friday but were only his third examples of the season - counts as two more component changes, and the penalties for those are simply absorbed into his existing grid penalty.